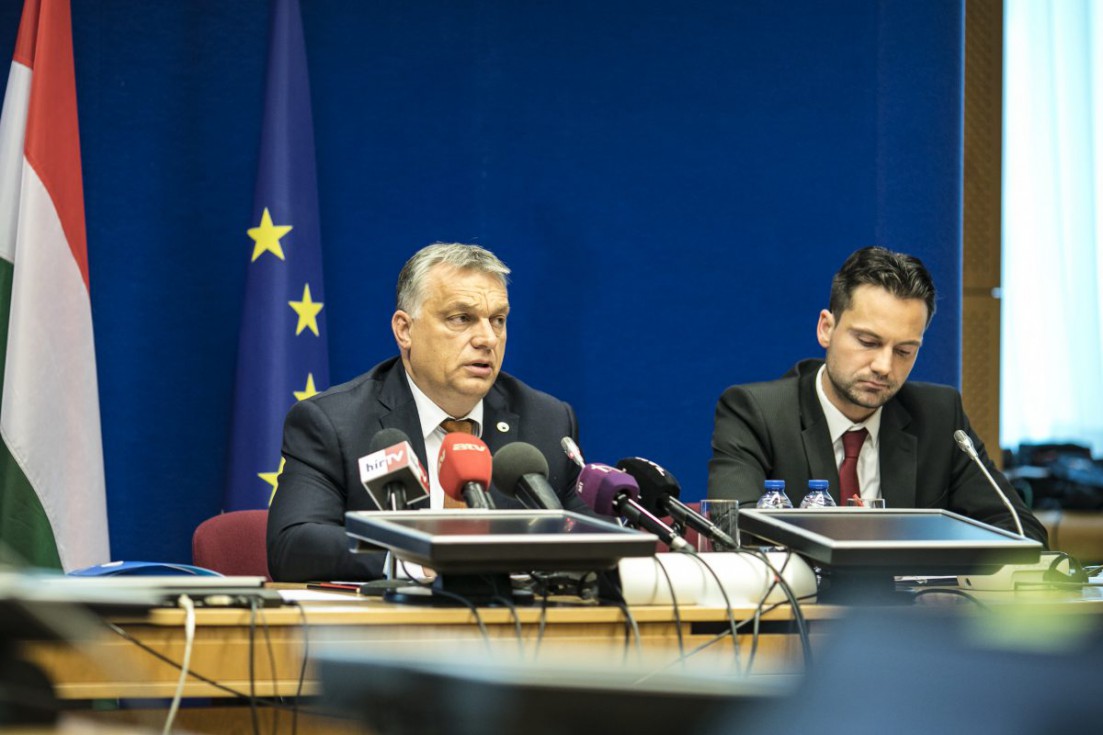 Hungarian Prime Minister Viktor Orbán said at a press conference in response to a question from Direkt36 that he still thinks that it is important for his father not to participate in public projects. Orban’s answers, at the same time, also suggest that he thinks – as opposed to his statements from years ago – that if his father does not participate in the project as a main- or subcontractor but as a supplier, it does not count as fulfilling state orders.

In our previous articles we have revealed that the outstanding performance of the businesses of the prime minister’s family was helped by their involvement in numerous state projects, mainly financed by the European Union. Companies owned by the father and brothers of Orbán participated in public projects in spite of the fact that back in 2001, the PM explicitly asked his father to stay away from large-scale state funded project carried out that time. As the prime minister did not answer our written questions that we sent him previously, we asked him personally, after the meeting of the European Council, about what has changed since 2001.

„I say it now as well that I consider it important,” Orbán said, and then nodded when we asked whether he considers it important that his father should not participate in state projects. When we enumerated several state-funded sewerage system construction projects in which his father’s company participated as a supplier of building materials, Orban reverted: “Does he deliver materials for the state?” When we answered that his company delivers materials for companies contracted by the state following public tenders, he replied: “So you also confirm that he did not fulfil state orders”.

Documents prove that the company of the PM’s father, Dolomit Ltd. delivered building materials for recent sewerage system projects in Érd, Budapest and in the Tápió region. The projects were each worth tens of billions of forints, and they were mainly financed by the European Union, a frequent target of Mr. Orbán’s government. According to sources involved in the projects, these companies ordered building materials from Dolomit Ltd. despite the fact that they were more expensive than the competitors’ products (some sources added that Dolomit Ltd.’s products are of better quality).

Business weekly Figyelő previously wrote that Dolomit Ltd. also delivered crushed stones for a huge railway construction project between Szajol and Püspökladány, while Magyar Narancs recently reported that the company of Győrő Orbán supplied building materials for the reconstruction of the National Riding Hall and for the motorway 8.

The businesses owned by the father and by the two brothers of the PM, dealing with mining, manufacturing concrete products, and transportation, have nearly doubled their revenues since 2013, while their profit rate grew from 15% to 30%. During this time, members of the Orbán family withdrew nearly 2 billion forints (6.4 million euros) in dividends. Last year, the firms somewhat slowed down but still produced significant profit for the Orbán family.