Direkt36 is a non-profit investigative journalism center in Hungary with the mission to expose wrongdoings and abuse of power through fair but tough reporting, a kind of journalism that is vital for any democracy.

We provide the Hungarian and international audience with in-depth accountability reporting that most of the Hungarian media outlets do not have the resources to pursue. Direkt36 is not part of the competition of news organizations covering daily events, which allows us to focus our resources exclusively on conducting systematic investigations.

We actively participate in the work of a growing international investigative journalism community and we publish all of our stories – which often have international implications – also in English. 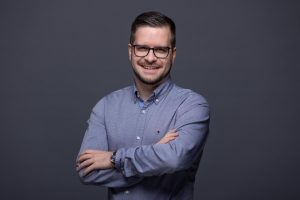 Patrik graduated in Public and International Administration from the National University of Public Service. He started out as a private sector employee at multinational corporations before he ventured into journalism. He became a reporter and radio show host at Klubrádió, then he produced a podcast and wrote articles at Azonnali.hu. Most recently he worked at Forbes Hungary. In 2019, he won a grant at WDR, a public broadcaster based in Germany. In 2022, he took part in an International Visitor Leadership Program for journalists, organized by the United States Department of State. He has been nominated for the Quality Journalism Award multiple times. His investigative article series involving abuses and sexual harassment at the Hungarian Dance Academy earned him a nomination for the Transparency Soma Award in 2021. 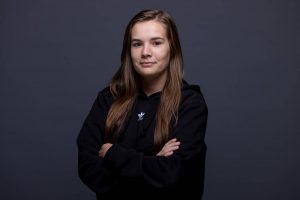 Kamilla graduated from the Budapest Metropolitan University in Communication and Media Science. She started her career at Direkt36 as a junior journalist. She is mainly interested in the cultural background of underground subcultures and social inequalities. She loves extreme sports. 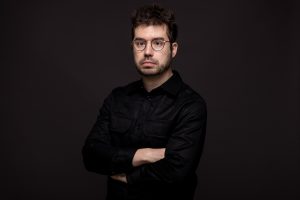 Szabolcs graduated from Eötvös Loránd University where he studied Hungarian language and literature. Between 2013 and 2018, he was an editor and political reporter at Index.hu. Meanwhile, he helped launch VSquare.org, a cross-border investigative journalism initiative in the Visegrád region. At Arizona State University, he studied investigative journalism on a Fulbright Fellowship in 2017-2018. In the fall of 2018, he joined Direkt36, where he mainly works on stories related to national security and foreign policy. He received the Quality Journalism Award and the Soma Award three times each, most recently for his article on the history of Hungarian-German relations. He was shortlisted for the European Press Prize in 2018. Szabolcs collects tropical houseplants. 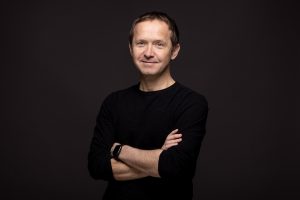 András is a co-founder and editor of Direkt36. Previously, he was a senior editor for leading Hungarian news site Origo before it had been transformed into the government’s propaganda outlet. He also worked for the BBC World Service in London and was a reporter at the investigative unit of The Washington Post. He has contributed to several international reporting projects, including The Panama Papers. He twice won the Soma Prize, the prestigious annual award dedicated to investigative journalism in Hungary. He was a World Press Institute fellow in 2008, a Humphrey fellow at the University of Maryland in 2012/13, and a Nieman fellow at Harvard University in 2019/20. András has taught journalism courses at Hungarian universities. 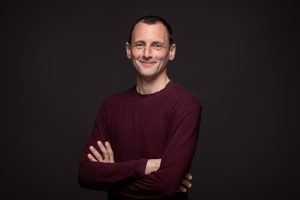 One of the founders of Direkt36. He spent 12 years at Origo, a major news portal in Hungary. He started as a reporter and rose to the position of editor-in-chief. At Direkt36, he works as an editor, organizational development and as director. 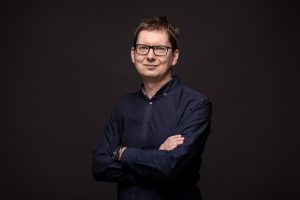 András worked eight years as a journalist at Origo, a then prestigious online news site, but also spent several years at Index and vs.hu news outlets. At Direkt36 he covers Russian-Hungarian relations, activities of business circles close to Fidesz, and political decision making processes of the Orbán government. In 2011 he received the Gőbölyös Soma Award dedicated to investigative journalism in Hungary, and in 2010 he won the Quality Journalism Award, both for a series of articles that focused on a corruption case connected to the former Socialist-led government. 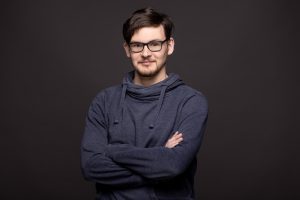 Graduated from Eötvös Loránd University at 2013 as a librarian scientist. As a freelancer he worked with 444.hu news-site for several years, and in 2020 attended Transparency International’s mentor program for investigative journalists. In January 2021 he started to work as an intern, and since September 2021 he is a full-time journalist of Direkt36. 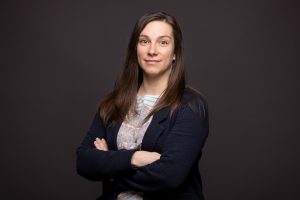 Zsuzsanna Wirth began her journalistic career at the news desk of Origo while still studying at Eötvös Loránt University. She won the Award for Quality Journalism twice and in 2011 she received a special award from the Gőbölyös József Soma Foundation for uncovering the operations of an England-based Hungarian human trafficking network. After leaving Origo, she published articles, among others, in Forbes and Marie Claire, and then returned to journalism from maternity leave to work with Direkt36. 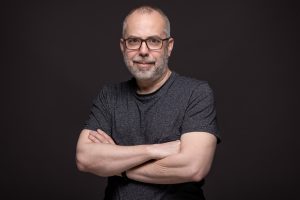 The first editor-in-chief of Origo, Péter worked with Direkt36 founders András Pethő and Gergő Sáling at the news portal. His other positions and activities included a long stint as deputy CEO of Lapcom (a print/online publishing conglomerate), academic publications, and teaching at several universities. In 2020-21 he assisted the team leaving Index to launch the crowdfunded news portal, Telex. He was one of the founders (and, later, chairperson) of the Association of Hungarian Content Providers. 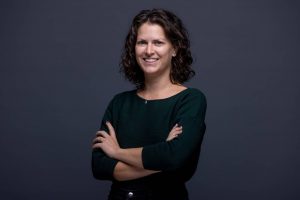 Bori studied social sciences at the Eötvös Loránd University and the Central European University in Budapest. Afterwards, she worked for Centropa, an international educational NGO aiming to preserve Jewish memory. She enjoys working and volunteering for civil organizations, and is passionate about non-formal education and social inclusion.

Márton is one of the most experienced business journalists in Hungary. He is the founding editor-in- chief of Forbes magazine’s local edition, which, thanks to its unique style and choice of topics, has quickly become one of the most successful publications in Hungary. Previously, he had worked as a business editor at news portal Origo, as a reporter at Figyelő, a prestigious business weekly, and had been on the staff of Kreatív, a magazine covering the media industry. He spent a year at the Freie Universität Berlin with the European Journalism-Fellowships program.

Ellen is a veteran journalist and media analyst, with such prominent assignments as a White House and political correspondent for The Wall Street Journal and a national reporter for the Los Angeles Times. Later she worked as the Research Director at the Center for Future Civic Media in the Massachusetts Institute of Technology and also served as executive director and senior fellow at Harvard University’s Shorenstein Center. Most recently, she has been the Annenberg Fellow in Civic Media at CEU’s Center for Media, Data and Society in Budapest.

Sándor is a former international news editor and reporter with substantial experience in implementing media development projects. From 1996 to 2005, he served as director of the Center for Independent Journalism, a stronghold in journalism training in Hungary. Later, he coordinated the training, research and advocacy activities of the South East European Network for Professionalization of Media, an association of non-for- profit media development centers from twelve countries and implemented numerous regional projects in Eastern and Central Europe. His main fields of expertise include media freedom and pluralism, reporting diversity, and journalism ethics.

Balázs was the founder and longest-serving editor-in-chief of Origo. He led the team that made Origo the largest news-portal in Hungary. He was also a personal guarantee for the famously high professional and ethical standards at the news-portal. Since leaving Origo in 2011 he has been teaching at various universities and training programs in Hungary and abroad. He is also the chairman of the Editor-in-chiefs’ Forum, an organization aiming to improve the ethical standards in journalism in Hungary.

Since Direkt36 was founded in 2015, more than 2,700 private donors have supported our work on more than 11,000 occasions. We cover a significant part of our operating costs with funds received from our private donors and fees paid by our media partners that publish our stories.
For more details click here.

Our supporters who gave their consent to publish their name:

(Are you a supporter and would like to see your name here? Send an e-mail to info@direkt36.hu.)

Foundation for Democracy and Pluralism

 Mission statement  Staff  Advisory Board  Reports  Supporters  Partners
Direkt36.hu uses cookies, by clicking ‘Got it’ you accept this procedure.
If you need more information on cookies we use, how you can delete or block them, please, see our Privacy Policy.
Got it