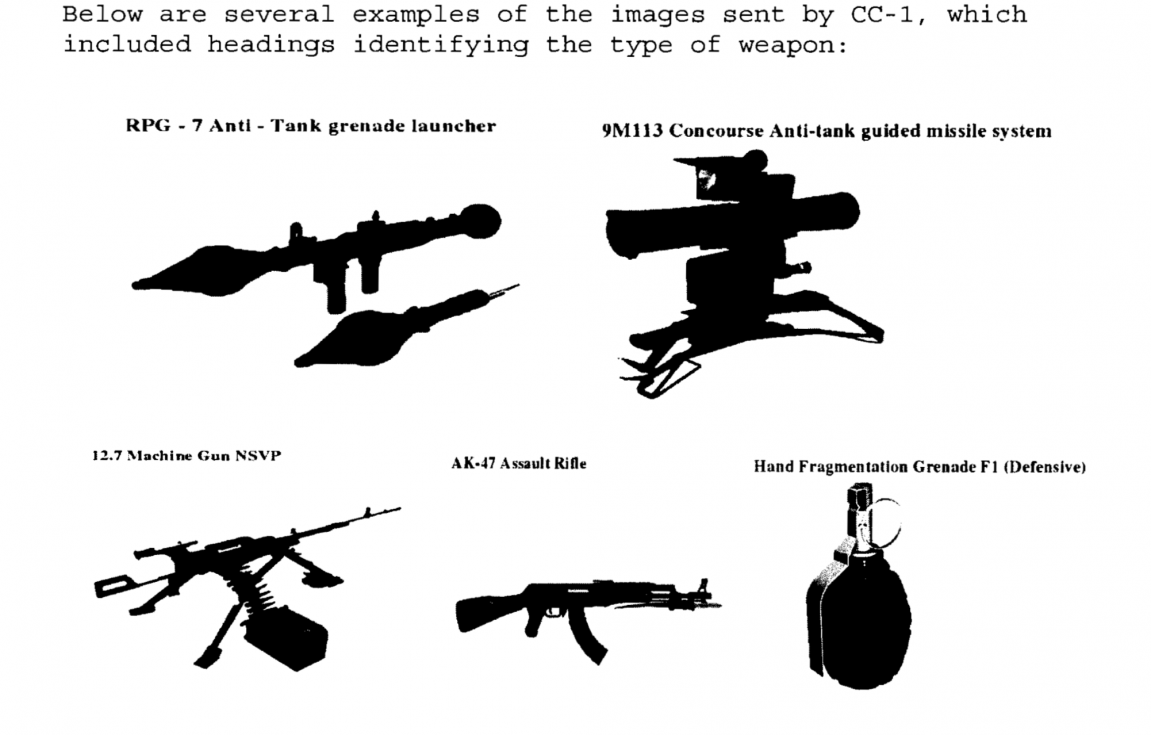 Russian arms dealer Vladimir Lyubishin Sr., who had been arrested in Budapest in a joint operation by Hungarian police and the U.S. Drug Enforcement Administration (DEA), was released from prison in Moscow on Thursday, according to his lawyer in Hungary, Robert Fridman. “He is a free man without restrictions. I am happy with the decision, this is what we expected,” said Fridman.

According to the lawyer, “Lyubishin Sr. is extremely happy to finally be home. He almost couldn’t believe it. So he said he would go to the investigators today to make sure there are really no restrictions on his freedom of movement, because he really wants to travel somewhere with a spa and sauna.”

Vladimir Lyubishin Sr., who had been living in Budapest since the 1990s and was selling weapons through a Hungarian arms company, was arrested in a raid by Hungary’s Counter-Terrorism Center (TEK) in a weapons warehouse in the city of Tokol on November 9, 2016. Direkt36 reported on Lyubishin and his son’s story in several articles.

In a secret operation named ‘Perseus’, confidential sources working for the DEA posed as representatives of a Mexican drug cartel and started a months-long negotiation with the Russians. Their meetings took place in Hungary and Cyprus. The DEA, with the help of Hungarian and other foreign authorities, carried out a sting operation against Lyubishin and his son after the two Russians showed willingness to sell military-grade weapons to the drug cartel in return for millions of dollars or hundreds of kilograms of cocaine. Most of the weapons came from the scrapped stock of the Hungarian Defense Forces.

The Lyubishin’s arrest was followed by lengthy court battles as first the United States, then Russia also requested their extradition. The Russian extradition request came later than the American one, contained multiple serious errors and was a low-quality document, and even the Hungarian Prosecutor’s Office argued in favor of a U.S. extradition. However, the Hungarian Ministry of Justice (IM), headed by Laszlo Trocsanyi at the time, rejected the U.S. request and extradited the arms dealers to Moscow on August 10, 2018, citing their Russian citizenship as reason for this decision.

Two investigations have been launched against the Lyubishins in Russia. One was a Russian copy of the DEA’s investigation and the other was about alleged illegal arms trafficking into North Korea, but the claims were ill-founded and supported by weak evidence, according to documents of the Russian investigation. For many of their allegations, Russian investigators were unable to find specifics and concrete facts, key names, locations, even dates remained unknown.

According to Russian media reports on Thursday’s trial, the investigation into the case parallel to that of the U.S. DEA has long been suspended, and no charges have been filed. In the other case related to the North Korean arms trafficking, Lyubishin Sr. pleaded guilty, but, according to a news.ru article reporting on the court hearing, the Russian prosecutor’s office asked for much less than the standard sentence of three to seven years in prison for similar crimes. “The prosecutor asked for one year six months in prison, and the judge sentenced him only to one year five months but with his pre-trial counted as time served. Lyubishin had spent two years and nine months in prison, including his time in Hungary, so he could go home immediately,” Fridman told Direkt36.

Vladimir Lyubishin Jr. was released home this February already and placed under house detention, meaning that he has since moved freely within Moscow’s borders.

In the United States, the Lyubishins could have been sentenced to life imprisonment for their crimes. As Direkt36 previously reported, representatives of the U.S. government feared from the outset that the Lyubishins would eventually get away with much less punishment in Russia. The U.S. Department of State also protested against the Hungarian extradition decision in a public statement.

The Lyubishin extradition case also caused a major conflict between Budapest and Washington in talks held behind closed-doors. In January, Direkt36 published a leaked Hungarian diplomatic cable revealing that practically everyone in the U.S. Department of State’s leadership had blamed their Hungarian counterparts because of the failed extradition.

„Hungarian police and DEA cooperated fully on this joint operation, and the fact that these individuals were not extradited to the United States is frustrating and disappointing for DEA and U.S. federal law enforcement. These individuals are serious top tier international weapons and drug traffickers,” DEA Acting Administrator Uttam Dhillon told Direkt36 before Lyubishin Sr.’s release, but already after Lyubishin Jr. was set free with house detention.

„So suffice it to say we’re very disappointed. In the future, we will engage as aggressively as possible with any country that we worked with to obtain indictments of people of this nature. I will say this, DEA never gives up. (…) For anybody who questions our resolve, all you have to do is ask El Chapo. We worked very hard to get him. He was recently convicted in New York and he will face a very significant sentence. My hope is that these individuals will also face the sentences and the justice that they deserve,” said the DEA Acting Administrator.

„Our position on this matter has not changed. The reported release of these accused arms traffickers underscores our deep concern that they will not face justice,” the U.S. Embassy in Budapest commented after the publication of this article.

Hungary’s Ministry of Justice and former minister Laszlo Trocsanyi, who made the decision on the Lyubishin extradition and who is currently serving as member of the European Parliament and is expected to become Hungary’s commissioner in the European Commission, did not react to our inquiry.