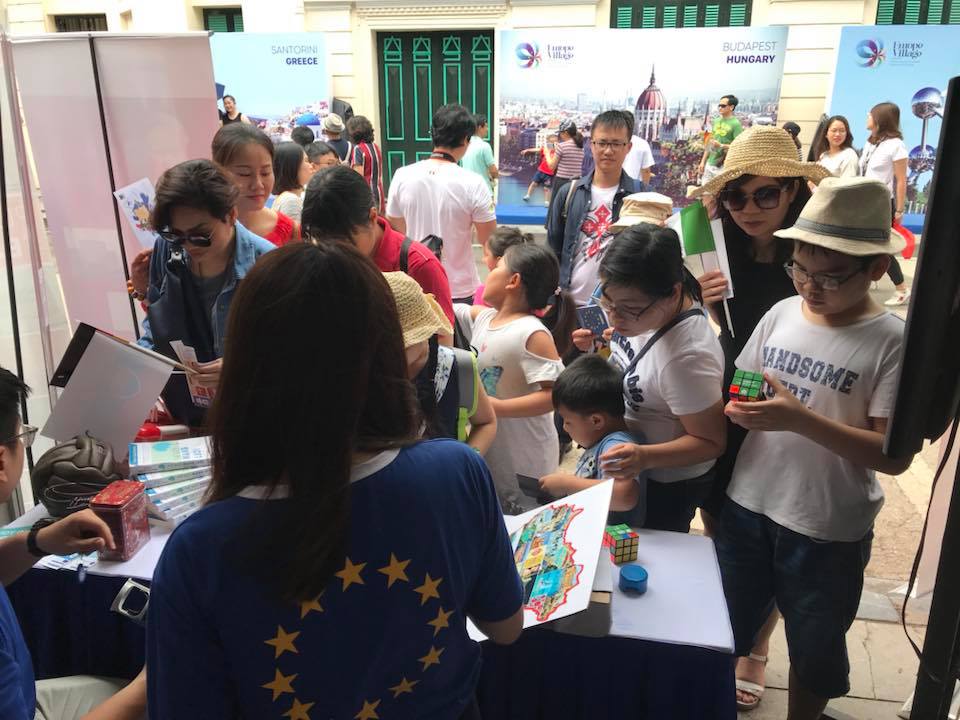 On a morning in May, nearly two hundred people attended an event titled “Hungary – Entrance to Europe” in a hotel in Hanoi. During a three-hour program, a Vietnamese company explained different ways to obtain Hungarian residence permit through real estate investment. The event was successful and “many investors registered for the program,” as the company later posted on its Facebook page.

Bac Son Overseas Property (BSOP), the organizer of the event, offers the new scheme as an alternative to Hungary’s so-called residency bond program, which was suspended last year amid growing criticism. “The residency bond program ended in March 2017, so we had to find another way to offer new opportunities to Vietnamese people in Hungary. This is the settlement program in Hungary through real estate”- BSOP writes on its website, although, in fact, there are some significant differences between the two opportunities.

Under the residency bond program between 2013 and 2017, foreigners could obtain permanent residence permits in Hungary in exchange for an investment of 300 thousand euros in special government bonds. The program was criticized for posing corruption and security risks. However, the suspension of the program last year apparently did not put an end to dealing with Hungarian papers.

BSOP is not the only company in Vietnam to offer Hungarian residence permits to real estate investors. Two of these companies were also involved in the residency bond program. Ads about a new Hungarian immigration program through real estate investment first appeared on Chinese social media two months ago.

With regards to the Vietnamese ads, the Interior Ministry said that „the program simply does not exist” and that “the government did not launch any program based on real estate investment”. After the publication of our article, the Government Information Centre added that “In Vietnam, fraudsters try to discredit our country, against whom we will initiate criminal proceedings”. The Centre also states that “there is no residency program based on real estate investment, thus we ordered the embassy to take the necessary steps.”

BSOP did not answer our questions. The owner of Innozone Holdings Ltd, a company that formerly participated in the residency bond program and now also advertises the real estate investment opportunity, said that the company does not advertise a state program, but “experiments” with a possibility that is based on the immigration law.

Residence for other purposes

The Immigration Office decides about each application separately, as stated by three immigration lawyers who asked not to be named because of the political sensitivity of the issue. According to them, it had also been possible before the residency bond program to obtain residence permit through real estate investment, and this apparently remains possible after the closure of the bond program.

The ads in China claim that the operability of the real estate investment scheme is guaranteed based on negotiations with Hungary’s Immigration Office. The office, however, wrote to Direkt36 that it was not in contact with the company that advertises the program, and “[the office] did not and will not give any guarantee”. The Vietnamese ads are more carefully worded, as they do not guarantee the success of the applications and also clarify that the monthly number of applicants that can receive residence permit through real estate investment is limited (to 10 investors, according to one advertisement, while another states that the limit is 25 people per month).

BSOP, operated by Vietnamese businessmen, also advertises investment opportunities in Portugal and Cyprus but describes the Hungarian option as the cheapest. An article on BSOP’s website claimed that it is possible to obtain a Hungarian residence permit in exchange of a real estate investment of €50000, but other ads also said that the required investment was €115000 and €265000.

The Hungarian real estate investment opportunity is also advertised by Innozone Holdings Ltd., which earlier had been authorized to sell residency bonds in Cyprus. Instead of the recently closed Hungarian program, the Hungarian and English sections of the company’s website now advertises a similar Golden Visa program in Bulgaria. However, the Vietnamese and Turkish sections include ads about the new Hungarian real estate investment opportunity.

“The advertisements were put on our webpage about three months ago, now we are experimenting with this opportunity”, Gábor Földvári, owner of Innozone told Direkt36. According to Innozone’s ads, applying for a residence permit requires a real estate investment of €80000. Földvári notes, however, that it is up to the Immigration Office to decide whether an applicant is granted a residence permit, and there are no clear regulations about the expected value of the real estate investment.

“We say that under €80000 it’s not even worth to start anything, but we rather advise our clients to invest around a couple hundred thousand euros,” Földvári said. “This is why we don’t really advertise the Hungarian opportunity, we are currently negotiating with only two clients. Primarily we suggest the real estate investment opportunities in Spain, Greece, and Portugal, as these countries have clearly regulated programs”.

In case somebody chooses to invest in Hungary, Innozone connects the investors with a real estate agency, and for €55000-65000 legal fee, it takes care of the investor’s residence permit application (if the applicant is refused by the Immigration Office, almost the full amount of the fee is repaid). “We are cooperating with several lawyers,” Földvári said, adding that the legal firm of Kristóf Kosik “does not happen to be among them”. Kosik earlier represented Antal Rogán, a senior Fidesz politician and the initiator of the residency bond program, in which the law firm was also involved in cooperation with the Innozone Holdings, among other companies.

Innozone now cooperates with another former partner, European Settlement Immigration Services. The company acts as an agent of Innozone in Vietnam, while under the residency bond program, it offered bonds at half price for Vietnamese people in cooperation with Innozone.

Previously another website, dinhchungary.com also featured advertisements on the new real estate investment opportunity. The site is currently under maintenance, but the advertisements shown in its cached version requests applicants to pay €65000 in fees on top of a €85000 real estate investment. The fees do not only cover legal and translation costs, but applicants are also invited for a 6-day-tour in Hungary. During this time, they can personally search for real estates to invest in.

Similar to the previous Chinese advertisements, Hungary is also shown as a very attractive country on the Vietnamese market. Ads emphasize that the Hungarian residence permit allows investors to travel freely in the countries of the Schengen zone. Those who choose to settle down in Hungary can expect nice weather, friendly locals and a “surprisingly cheap” healthcare system. The advertisements add that Hungary has a high-quality education system and almost 20 Nobel Prize winners.

One article on dinhcuhungary.com also praised Hungary’s stance on immigration: it suggested that “building the border fence against immigrants mainly coming from Islamic countries” was one of the most important steps of the past 5 years. “As a result, Hungary is safer and a lot more peaceful than other European countries (…). This is one of the most important factors that makes Hungary attractive to investors.”