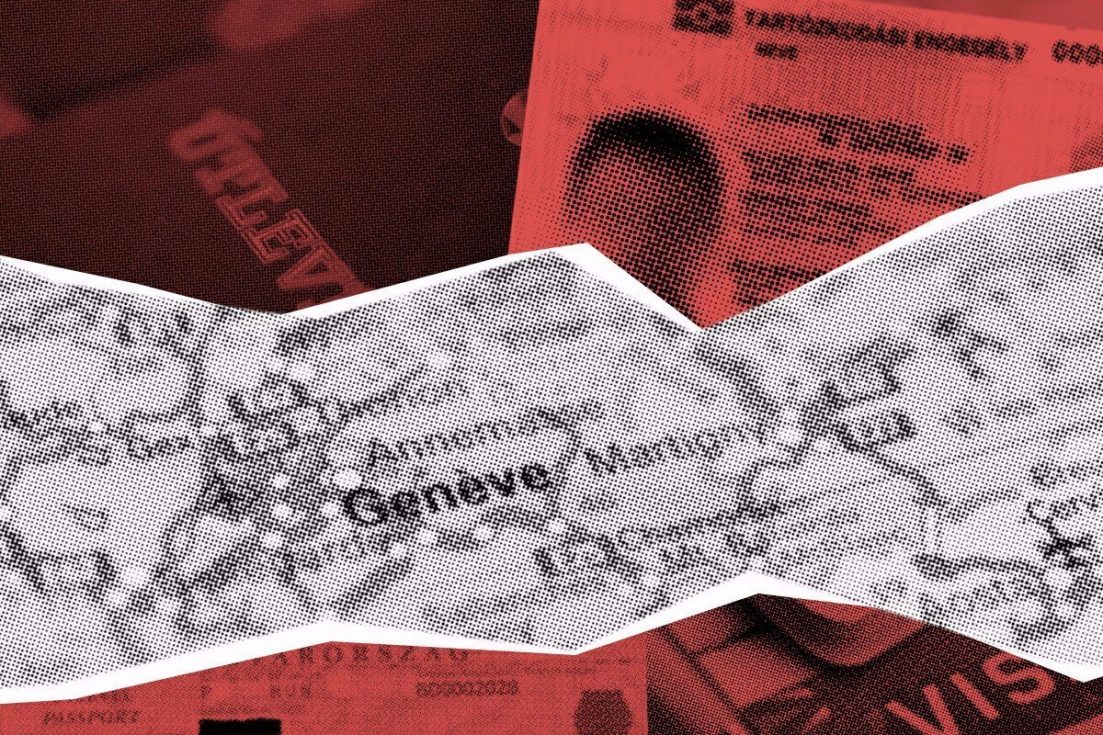 Pethő András, Zöldi Blanka 2018.06.21.
Have a good story? Contact us!
In collaboration with

In June 2015, a meeting took place in Geneva, Switzerland, between two employees of an international law firm and a businessman who flew over from neighbouring Monaco. While they were discussing issues such as the formation of new companies and the handling of intellectual rights, a controversial issue from Hungarian topic was also raised.

This was the country’s golden visa program.

During the meeting, the businessman from Monaco shared details suggesting that he had deep insight into the murky Hungarian scheme. Under the program, those who invested 250-300 thousand euros in Hungarian state bonds, were granted a Hungarian residence permit. The most heavily criticized aspect of the scheme was that foreigners did not invest in the residency government bonds directly but did so through designated intermediary companies with opaque ownership structures. The companies were handpicked by the Economic Committee of the Parliament without any public tenders.

The businessman from Monaco, named Milan Cimbolinec, claimed that the Chinese government was behind one of these firms. He also outlined solutions that could make it possible to recruit more clients by circumventing some of the restrictions on the program.

Cimbolinec is the owner and CEO of 5 Stars Europe, a company offering legal services in connection with immigration. 5 Stars used to have an office in Budapest and its website is still offering assistance for gaining residence permits in Hungary. Cimbolinec is also a senior executive of Discus Holdings, which had been among the companies selected to run the residency bond scheme.

The law firm whose employees Cimbolinec met in Geneva was Mossack Fonseca, which has been at the centre of the Panama Papers controversy. In April 2016, a global investigative project led by the International Consortium of Investigative Journalists and the German newspaper Süddeutsche Zeitung published hundreds of stories based on millions of internal documents that had leaked from Mossack Fonseca.

As the result of a new major leak, Süddeutsche Zeitung obtained another massive cache of internal Mossack Fonseca documents. The files, which are dated from early 2016 through the end of 2017, together with the previous leak, offer new insights into Mossack Fonseca’s operations, including ones that have connections to Hungary.

From Hungary, Direkt36 was the only journalism organization participating in the previous and the current investigative project, which made it possible to unearth files concerning the Hungarian golden visa program.

Instead of Cimbolinec, his business partner László Kiss, founder and CEO of Discus Holdings, responded to Direkt36’s questions. Kiss tried to downplay the significance of Cimbolinec’s claims recorded in the leaked files. Kiss said that some of Cimbolinec’s claims were clearly unfounded, while Mossack Fonseca’s staff also put information in their memos that was apparently the result of misunderstandings.

“An important client base”

Milan Cimbolinec, according to his Linkedin profile, graduated from Budapest Corvinus University, one of Hungary’s biggest universities, and worked for the Hungarian Ministry of Foreign Affairs from 2002 to 2005 before moving to the private sector. First, he spent two years with a controversial gas trading company called EMFESZ, and in 2007 he took over 5 Stars Europe, which had been co-founded by his grandfather.

Cimbolinec approached Mossack Fonseca in the spring of 2015 as the CEO of 5 Stars, which led to the June meeting in Geneva. Later, Mossack Fonseca’s employees wrote in a memo that Cimbolinec had an “important client base”, “specializes in European immigration”, and “currently sells close to 2000 permanent resident permits in Hungary”. This figure, if true, would make Cimbolinec a major player in the industry but it’s not clear from the files to which program and time period the number referred to.

László Kiss said that Mossack Fonseca’s people must have misunderstood something because his business partner could not possibly have sold that many resident permits. “The figure, at the most, could have referred to all the clients who had been involved in the residency bond program by then,” Kiss added.

Under the scheme, those who invested 250-300 thousand euros in Hungarian state bonds were granted a Hungarian residence permit. With the Hungarian permit in their pocket, the investors and their family members were given freedom of movement within the entire European Union. The Hungarian government eventually suspended the sale of residency bonds in March 2017, arguing that the country no longer had an economic need for the program.

Cimbolinec’s firm was not part of this close circle of companies that were allowed to sell residence bonds but 5 Stars nevertheless offered its legal and consultancy expertise to those who were interested in the scheme. Cimbolinec also made remarks to Mossack Fonseca’s people that suggested he had special insight into the program. He explained that he was not allowed to sell residency bonds in China, the most lucrative market, as another company was licensed for that region. He added though that many Chinese don’t want to do business with that company because its 51 percent owner is the Chinese government.

It’s not clear from the leaked files what the basis for Cimbolinec’s claim was. László Kiss, his business partner, said that Cimbolinec simply misspoke with regard to the Chinese government as there are no documents that would prove its involvement.

Even though the Chinese government is known for its strict control of the country’s businesses, especially those that concern foreign relations, it would be a major development in the residency bond’s history if it turned out that the Chinese state was directly involved in the company that was selling Hungarian residency bonds. This would go against the statements of the Hungarian authorities, which previously said that the company, Hungarian State Special Debt Fund, is owned by four individuals, one Hungarian and three Chinese.

Cimbolinec told Mossack Fonseca that he could only serve the Chinese clients if they applied for the residency scheme in jurisdictions where he is allowed to sell the bonds. He listed these countries, naming Thailand, Azerbaijan and Kazakhstan, among others.

At that time, it was Discus Holdings which had the license to sell residency bonds in those countries. The Hungarian parliament later revoked the company’s license, arguing that it did not sell enough bonds.

Cimbolenic already had a link to Discus Holdings when he approached Mossack Fonseca. According to László Kiss, Cimbolenic helped Discus Holdings in recruiting clients. The following year, in 2016, Cimbolenic joined Discus Holdings as senior vice president. Now the company, having been forced out of the Hungarian program, is offering immigration services for clients interested in getting residence permits or citizenship in Malta, Cyprus, Portugal and other countries.

According to the leaked files, Mossack Fonseca took steps to set up a Seychelles company with a bank account for Cimbolinec. In the end, however, the planned partnership fell through, said Kiss. After the break of the Panama Papers story in April 2016, Mossack Fonseca was busy with controlling the damage caused by the leak instead of looking for new businesses.

In 2017, the Hungarian residency bond program was suspended by the government, though the law regulating it was not repealed, leaving the possibility to be revived at some point.

After the 2018 Hungarian parliamentary elections, which was won by the governing parties, a businessman who had been involved in the residency bond program, launched a new campaign offering a Hungarian residence permit for applicants in exchange for investing at least HUF25 million (€78,000) in Hungarian real estate and paying €50,000 in fees. The Hungarian government denied having given any kind of approval for this program and later the company withdrew its advertisements.

While currently there is no government-run golden visa program in Hungary, there are still companies offering their services for those who want to buy residence permits in the country. One of them is Cimbolinec’s 5 Stars Europe, whose website is advertising the opportunity to get Hungarian residency permits through the purchase of real estate. László Kiss said, however, that as far as he knows 5 Stars stopped offering this service in 2014. He emphasized that Discus Holdings has never been involved in this type of business.