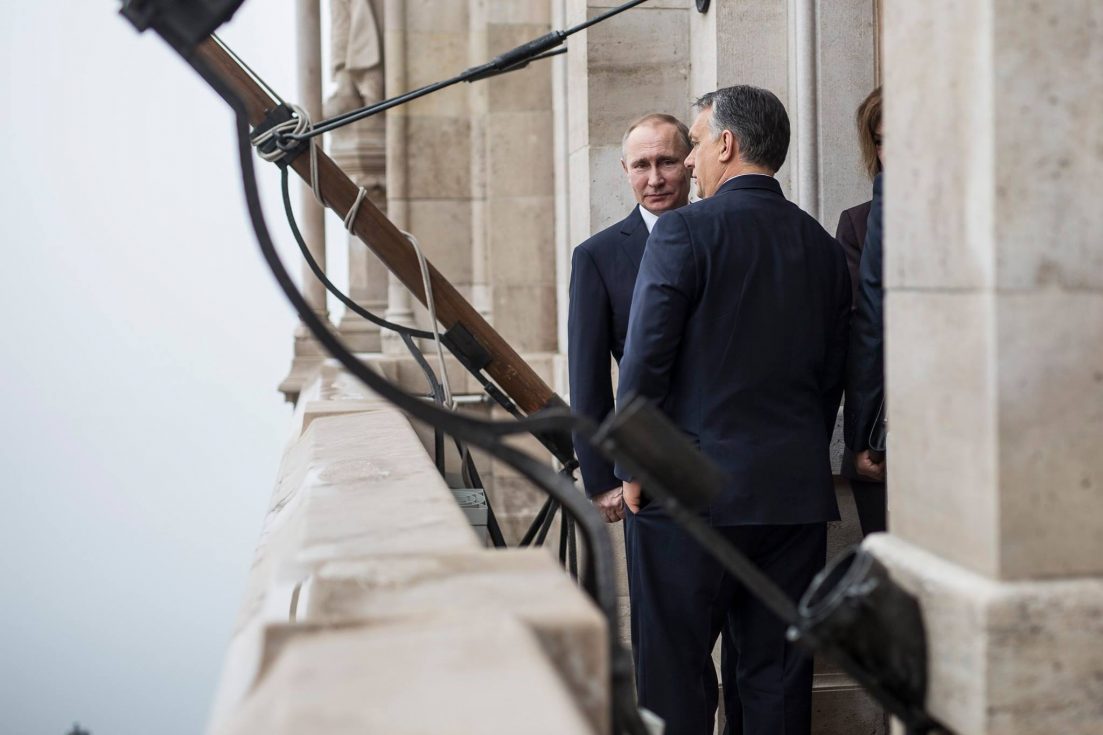 Today we published an article that tells the inside story of how Russian-Hungarian relations became outstandingly close over the past eight years. This is quite a long story, and although we think that it is worth reading as it is full of previously unknown details, but for those who do not have time to read the entire story, here we summarise the most interesting highlights.

A meeting with the Russian secret service

Two influential Hungarian businessmen boarded a plane bound to Moscow weeks before Hungary’s 2010 April parliamentary election. One of them was Lajos Simicska, a longtime friend and ally of Hungarian Prime Minister Viktor Orbán, Zsolt Nyerges, an associate of Simicska. Simicska and Nyerges had a meeting with a senior official of FSB, the Russian secret service. The visit was connected to a meeting that had taken place a few months earlier, in November 2009, when Viktor Orbán, already a favorite of the upcoming Hungarian elections, met Russian leader Vladimir Putin in Saint Petersburg. The purpose of that meeting was that the two politicians get to know each other, while the later trip of Simicska Simicska and Nyerges was to establish business relations. Sources familiar with the meeting said that no concrete deals came out of it. One source described it as an “introductory visit,” another said that the FSB official told Simicska and Nyerges that if they need help in business then they “can rely on Russia.”

Why was Mol important for Orbán?

In 2011, the Orbán-government purchased 21.2% of Mol’s shares from Russian energy company Surgutneftegaz. This transaction was very important for Orbán, used it to strengthen his domestic position. The transaction’s goal was, in part, to push Simicska away from power, who had become too influential according to Orbán. Simicska fiercely opposed the deal as he felt that Orbán would gain direct access to an important economic position. What is more, the purchase of the Mol shares also created a counterbalance against one of Hungary’s richest and thus very influential people, Sándor Csányi, who also has a serious influence on Mol.

How did the Russians let go the “Commie world”?

An important milestone in the development of Russian-Hungarian relations was the so-called MET-deal. Gas-trading company MET was originally founded by Mol in 2007, and later has grown into international group. New shareholders appeared in the company, including Russians and people linked to the Hungarian economic and political elite. Through a series of decisions, Hungarian state authorities have made it possible for MET to have a lucrative business opportunity as of 2011. To put it very simple, the Hungarian state increased the amount of gas that could be imported from the West – which was then cheaper on the world market – and gave MET the permission to re-sell it with a significant profit. According to several sources, the business was carried with the involvement, or, at least, the consent of Moscow. A governmental source transaction was a clear sign that Russians were ready to do business not only with the Hungarian socialist business circles – who had good relations with Russia – but also with those connected to Fidesz.

Paks was a gesture for the Russians

Although at the beginning, the Orbán-government negotiated with several Western, South Korean a Japanese nuclear energy companies about the expansion of Hungary’s nuclear power plant called Paks, the huge work was finally awarded to the Russians without announcing a public tender. According to governmental sources, by the time the negotiations reached the question of deciding who will carry out the nuclear construction, links between Russia and Hungary became so close that awarding Paks 2 to the Russians was basically a done deal. “This was a political gesture towards the Russians,” source close to Orbán said, who added that the fact that Orbán’s government was in a seemingly irreconcilable conflict with the Western powers also influenced the intensive relationship with the Russians.

Putin showed how tough he can be

Vladimir Putin is known to be a heavy-handed leader, and this was proven during the negotiations with Hungarians as well. A participant of a Hungarian-Russian governmental meeting said that Putin had called on his ministers and pushed them around. “He told them to stand up and said things like ‘This is not what I asked, answer me properly,'” the source said. In a similar meeting, according to leaked information, the Hungarian delegation was shocked when Putin ordered a leader of a large oil company to himself and, in front of everyone, he scolded him very roughly. Putin and the Russians in general treated the Hungarian partners with respect during negotiations, but still, there were some uncomfortable situations. During the Orbán-Putin meeting in November 2010, the Hungarian delegation, consisting of only a few people, faced more than a dozen people from Russia. The Russian delegation included basically everybody from the Russian government that were in any way involved in matters related to Hungary, and also leaders of state-owned companies. It was obvious to the Hungarians that the presence of such a big delegation was aimed to exert pressure.

How do the Russian secret services work in Hungary?

We have heard several stories about how the Russian secret service gathered information in Hungary, sometimes using sinister methods. One of these stories is connected to the resignation of former PM Ferenc Gyurcsány.

In March 2009, 11 days before his resignation, there was a joint governmental meeting in Moscow. At the end of the meeting Putin invited Gyurcsány to a smaller room. There, he made a comment that made Gyurcsány conclude that Putin obviously knew about his intention to resign, despite that at the time he had shared it only with his wife and a few of his closest aides.

Other government officials experienced how the Russians tried to involve them in dodgy business deals. A senior member of the Bajnai-government said that during his relatively short time in office several people with Russian secret service links contacted him with various business proposals. Once, he was about to have lunch with someone but before reaching the restaurant he received a phone call from the Hungarian secret service, warning him that his meeting partner had ties to the Russian services.

The source thinks that the Russian’s goal with these attempts was to bind the target people to them. “The Russians were looking for a catch on everyone, and chances of blackmails through common business,” he said and added that once a Russia-connected person came to him with an offer to buy a British chemical company. “They said they would bring a lot of money, I just had to be the front man as the owner. Or if I didn’t want to do that, I could involve a friend for that purpose,” the source recalled. The Russians were so well informed that they told the source about the romantic affair of two former government politicians half a year before the relationship became public in February 2010.

Last year, Putin visited Budapest twice. His second visit, in August, was weird for several reasons. Although according to official statements, Orbán had invited him for the judo world championship held in Budapest, Hungarian officials privately told several diplomats and other contacts that the idea about the visit came from Putin. This was very surprising for diplomats of other European countries. “We were joking among ourselves that Putin invited himself,” a staff member at the embassy of a European country said. Others saw it in a darker context. “This was a message to Orbán that Putin could come to his country any time,” another diplomat said.

Orbán made it clear to his inner circle various times that he was interested much more in dealing with international affairs than in Hungarian domestic politics, which he finds boring. “He’s fucking bored with it. And he’s been like that for a long time,” said a source close to Orbán. In private conversations, Orbán even said that he considered Hungarian politics of low importance since he was the only master and everyone else was just a servant in it. Once, he also stated that nobody is capable of long term strategy thinking in Hungarian politics except him, and therefore he did not expect to be defeated by anyone in the near future. According to someone present at one of these discussions, Orbán also made it clear that “it is the power games with Putin, Angela Merkel and the U.S. President what he considers interesting.”

Orbán bragging about his power

Orbán is convinced that he has the necessary abilities and knowledge to do well in this international environment. Without any self-irony he sometimes makes comments that if he had chosen another career, he would have reached the top in that as well. “He thinks that if he had been born outside Hungary, he could have become a world leader,” said a source who spoke with Orbán in the past few years on multiple occasions.

In spite of his apparent confidence, Orbán sometimes felt that he needed to boast about his influence over business interests held by people close to the government. “He did not used to speak this way before. Now it’s as if he wants to prove how much power he has,” said a person close to Orbán. “Of course, it matters who surrounds him, and to what extent they keep him on the ground. If you’re the prime minister for eight years and everybody around you keeps kissing your ass, then it’s a little difficult,” the source said.