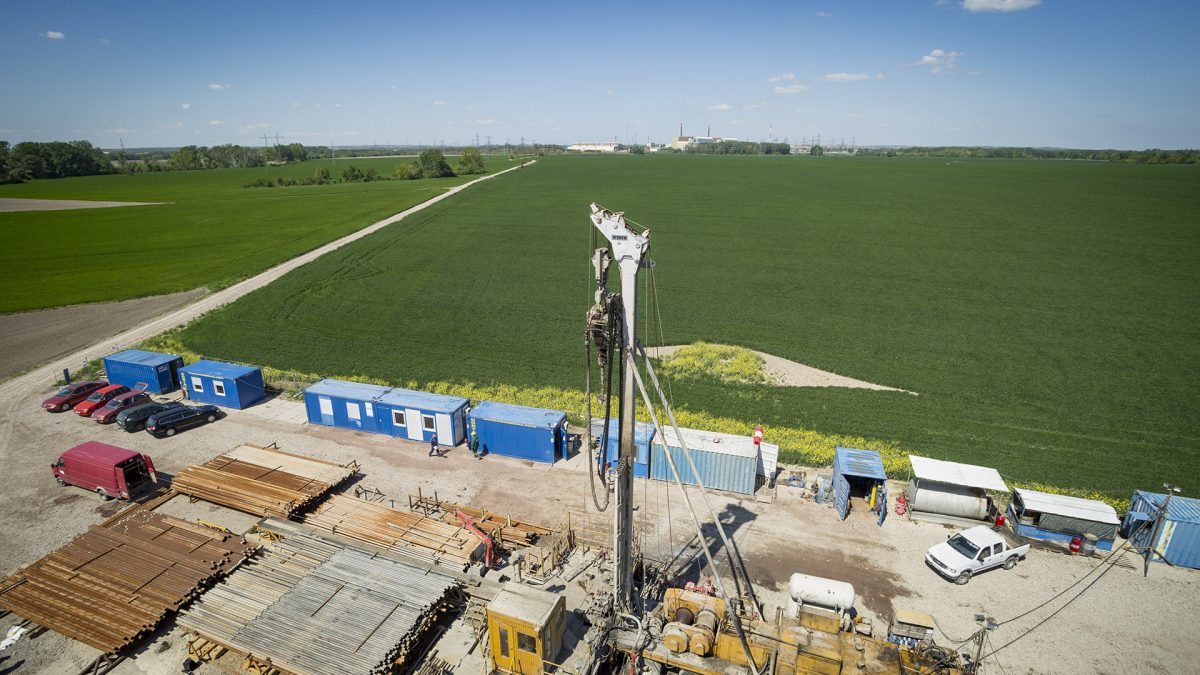 His name may not be widely known but Tamas Perenyei is an important person.

The 51-year old lawyer was a state secretary in Viktor Orbán’s first government nearly 20 years ago. He is a friend of Sandor Csanyi, the richest person in Hungary. He also played a role in preparing the agreement, which entrusted a Russian state-owned company with the renovation of Budapest metro line 3.

Most recently, one of Perenyei’s companies also appeared in Hungary’s largest public project, namely the construction of the Paks 2 nuclear plant, also carried out by the Russians.

This spring, one of the lawyer’s companies won a contract from Rosatom, the Russian nuclear energy company leading the Paks construction. The company, which has significant records in working with other nuclear power plants, will provide design-related work to the new Paks blocks. Perenyei acquired indirect ownership in the company last fall.

Direkt36 is continuously monitoring and publishing the list of companies contracted by Rosatom for Paks 2 projects. So far, Rosatom published details of about 40 contracts, one of them concluded with Perenyei’s company.

We asked Perenyei about why he acquired ownership in the company and whether the Paks expansion played a role in this decision. He declined to answer our questions, arguing that they concern confidential business and legal information.

From pork industry to a nuclear power plant

At the beginning of April, Rosatom published on its webpage a draft agreement which contracted the development of design documentation on combined gas building for Paks 2 in the value of 70 757 euros to a company called BDH Engineering.

The two founders of the company, which was set up in the spring of 2017, worked at the Hungarian branch of Balcke-Dürr, a German firm, manufacturing power plant components. Thanks to this experience, the founders and BDH obtained great work references – in addition to the currently operating Paks blocks, they also worked for Finnish, Swedish and Russian nuclear power plants.

The two founders sold BDH in the autumn of 2017 to a company group linked to Perenyei. One of the companies is Acsa 2001, an agricultural firm whose main activity, according to company records, is pig farming. This firm is owned by Perenyei’s law firm and Perenyei himself.

The profile of Perenyei, born in 1967, started to rise when he was appointed as public administration state secretary in the ministry of defense under the first Orbán-government in the autumn of 2000. He was removed from the position after the formation of the socialist government in 2002. Later, he got into the spotlight again as a lawyer involved in a politically sensitive case.

In 2004, Laszlo Keller, then a state secretary of the socialist government in charge of anti-corruption inquiries, investigated the alleged practice of free hunting on state-owned hunting territories. To reveal this, he requested data from hunting associations in Somogy County.

However, later, Keller himself became the subject of official investigations. First, the data protection ombudsman concluded that the state secretary illegally acquired personal data. Then, the prosecutor’s office also launched an inquiry against him with the suspicion of illegal data handling.

These proceedings were initiated by Perenyei’s law firm, which represented Fauna, a company dealing with wildlife management. At the time of the controversy, the owner of Fauna was an offshore company but OTP Bank also had a share in it, and since 2006 Laszlo Utassy, one of the bank’s executives, has been the major shareholder in Fauna. Fauna possessed hunting rights in Somogy County where Keller conducted his investigation.

The return of Orbán’s Fidesz party to power in 2010 apparently proved to be beneficial for Perenyei. Budapest’s public transportation company BKV signed a contract with his law firm to represent BKV in legal procedures concerning the new metro line 4. At that time, BKV was headed by Istvan Kocsis, who has been considered a longtime ally and friend of Sándor Csányi, head of OTP. According to BKV, between 2011 and 2017, during a lawsuit concerning the new metro cars, it paid Perenyei’s law firm 130 thousand euros yearly on average.

The law firm was also involved in the contract in which BKV awarded the renovation of metro line 3 to the Russian company Metrowagonmash. Between 2013 and 2017, BKV paid Perenyei’s office 62 thousand euros yearly on average for the preparation of the contract and other legal issues.

The expansion of the Paks nuclear power plant is still in its preliminary phase. Rosatom has been signing related contracts since the beginning of last year. Based on the agreement with the Russians, 40 percent of the total project will be awarded to Hungarian companies. However, this will not be easy even according to the expectations of the Hungarian government because of the lack of expertise in nuclear projects on the Hungarian side.