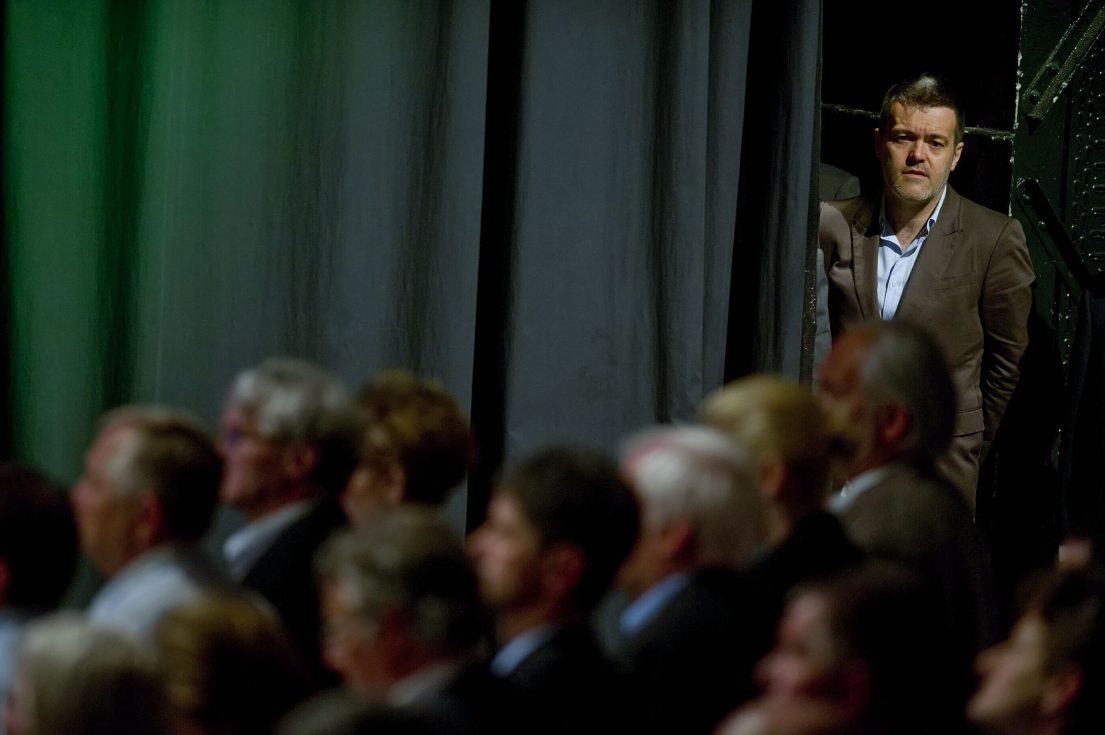 More than eight thousand kilometres away from Budapest, in an office building next to a busy street of Hong Kong, operates a company called Asia Frontier Limited. Its director and sole shareholder is Árpád Habony.

Habony, advisor of the Hungarian prime minister Viktor Orbán and one of the most important leaders of the government-friendly media empire, joined Asia Frontier Limited on April 15th 2015. The firm was created by a Hong Kong shelf company supplier, and Habony became the director and sole shareholder of Asia Frontier’s single ordinary share of 1 HKD (11 euro cents) one and a half month after its foundation.

Habony’s company does not advertise itself at all. It has no website, its annual accounts do not include data on its finances, and it has left no online traces of its activity over the past two and a half years. However, it is not only the owner that connects the company to Hungary.

Asia Frontier is connected to the businessmen that greatly profited from the country’s residency bond programme, one of the most controversial projects of the ruling Fidesz government, which was suspended in March 2017.

The company secretary of Asia Frontier is called C&B Wise Consultants Company Limited, which also provides secretary services to companies of those businessmen who sold Hungarian residence bonds in China. Two of their companies are registered in the office of the secretary company and share the same address with Habony’s business.

This does not necessarily mean that these companies collaborate, as secretary companies like C&B Wise often provide office addresses to their clients. It is remarkable, however, that in the context of Hong Kong’s vast business ecosystem, Habony chose the very same secretary and office as the beneficiaries of the residency bond program. We asked Habony about the choice of his specific secretary company and address, but he so far failed to answer to any of our questions.

The residency bond programme was initiated in 2012 by the then-chairman of the Parliament’s Economic Committee, Antal Rogan, who has been a close ally of Habony for a long time. Purportedly aiming to finance the country’s state debt, the program offered residence permits to people from outside of the European Union in exchange for an investment of €300000. The program, however, eventually produced a loss for the state, as it promised to pay a guaranteed 2% interest rate on the 5-year bonds. At the same time, the residency bond companies made a huge profit, as they had the monopoly right to sell the special government bonds and charged a service fee ranging between €40,000 and €60,000 per investor.

The companies selling the bonds were handpicked by the Rogan-led parliamentary committee. China, the most profitable market, was given to the business circle sharing an address and secretary with Habony’s Hong Kong company.

The secretary in Hong Kong

According to local rules, Hong Kong-based companies are obliged to appoint a secretary, which can either be a person or a secretary company. Among others, the secretary is responsible for maintaining the company’s statutory book and ensuring that the company and its directors operate within the law.

C&B Wise, the secretary of Habony’s firm, has about forty employees and specializes in providing secretarial services, Morris Poon, a senior manager of the company told Direkt36 by phone. The secretary company does not have a website, and Poon did not want to answer any questions related to their customers.

According to the Companies Registry of Hong Kong, C&B Wise not only serves as a secretary for Habony’s company but also works for a company called HSSDM, which participated in the bond program. In addition, C&B Wise is the secretary of three Hong Kong-based companies involved in Hungarian real estate deals. The directors and shareholders of these companies also belong to the very same Chinese business circle selling bonds.

Until recently, C&B Wise was the secretary of LSP International Limited, which offers various services to Chinese citizens relocating to Hungary via the bond program. The company’s website also gives investment tips, including the advertisement of a five-star hotel owned by the family of Lőrinc Mészáros, Viktor Orbán’s friend, whose wealth increased massively over recent years.

According to its business records, the office of C&B Wise is located in a 26-storey office building named Tung Hip Commercial Building, in Room 1702. On the day when Habony was appointed as director, Asia Frontier changed its address to the very same room, which is moreover also the registered address of two of the real estate companies – Hungary Holding Limited and Budapest Property Holding Limited.

Habony also uses an unusual address in the business records of his Hong Kong company: instead of the downtown Budapest address that he uses in the Hungarian business registry, in the Companies Registry of Hong Kong he listed 28/B, Kondor Béla Street, Szentendre as his own address, which leads to a countryside real estate an hour’s drive away from Budapest.

According to the land office’s data, Habony does not own a flat in this house. Instead, the doorbell shows the name of Gabriella Halkó. At the beginning of last year, Halkó was appointed as the Economic and Strategic Director of the TV2 television channel, which is owned by government commissioner Andy Vajna. Two companies co-owned by Halkó – Art & Title Produkciós Kft. and Press&Belt Produkciós Iroda – are registered on the second floor of the house. Between 2011 and 2013, the latter company paid around HUF 3.5 million (€11 thousand) per year to Habony, according to 444.hu news site. Halkó’s name was also written on the doorbell of another apartment in central Budapest, where Habony was frequently seen. We asked both Halkó and Habony why the address in Szentendre was listed in the Companies Registry of Hong Kong, but neither of them responded.

The source of income of Habony, who wears expensive clothes and frequents parties in Ibiza, had been a mystery for a long time. He did not hold any official positions and none of his companies used to generate profits. According to 444.hu, the Hungarian Tax Authority launched an investigation into the personal finances of Habony, who said that his main income between 2009 and 2013 was loans from friends, including government commissioner Andy Vajna and András Tombor, a former advisor of the PM.

In 2015, Habony became one of the main leaders of the media empire of the ruling Fidesz party. A company co-owned by him publishes the 888.hu news website and a free daily, Lokál. Habony received HUF 28 million in dividends from the publishing house last year (€89 thousand). In the same year, he also began to do business abroad: he founded a London-based consultancy with Arthur J. Finkelstein, former advisor of Viktor Orbán and Fidesz (the consultancy paid HUF 37 million to the two owners last year), and Habony also appeared in Asia Frontier in 2015.

In early December, the European Commission put Hong Kong on a so-called “grey list” of tax havens. This means that the territory’s current tax rules are not in line with EU standards, but that they promise to do the necessary reforms. The Tax Justice Network, an international NGO, labels Hong Kong as an offshore financial centre, and lists it among the thirty most secretive jurisdictions in the world.

Offshore companies make it possible for their owners to remain hidden and to minimize tax burdens. Even though owning or using offshore companies is legal, there have been major international efforts to make the offshore world more transparent.

In Hungary, Viktor Orbán has been a long-time critic of the use of offshore companies and in his 2010 campaign he even promised that once he enters government he would end the “era of offshore knights.” Since then, however, we have identified a former MP of Fidesz and several businessmen with ties to the government in the offshore leaks of the Panama Papers and Paradise Papers. We also revealed that the PM’s younger brother, Győző Orbán co-owns a company that has offshore links.

In recent years Árpád Habony’s name has emerged several times in the background of offshore companies selling Hungarian residency bonds. Weekly Heti Válasz discovered a Georgian-Israeli business circle close to Habony behind a company called VolDan, which sold residency bonds to Russian citizens. Additionally, 444.hu revealed that the e-mail address of Jonathan Chan, a businessman selling bonds in China, was used to reserve a private helicopter tour of Hong Kong for Habony and his girlfriend. This summer, Habony was photographed as he was getting out from a private jet arriving in Budapest from Macao. According to daily Magyar Nemzet, Habony was not visiting Macao but the neighbouring Hong Kong, “in connection with the residency bond program”.

We asked Habony about his Hong Kong-based company and whether he has business dealings with the companies connected to the residency bond scheme, but he did not reply to our e-mail.

Karen Chang contributed to this article.

After the publication of the article, Asia Frontier Ltd. sent the following statement:

“The address of Asia Frontier Ltd. and of the intermediaries of the residency bonds are not the same as their place of operations. The activities of Asia Frontier Ltd. are neither directly nor indirectly related to the Hungarian state or to the intermediaries of the residency bonds. All rumours contradicting this are untrue. C&B Wise Ltd., named as the company’s secretary, provides company seat services to more than 500 firms at the same location.”

Error: (#12) link field is deprecated for versions v3.3 and higher
Type: OAuthException
Code: 12
Please refer to our Error Message Reference.
Direkt36.hu uses cookies, by clicking ‘Got it’ you accept this procedure.
If you need more information on cookies we use, how you can delete or block them, please, see our Privacy Policy.
Got it
