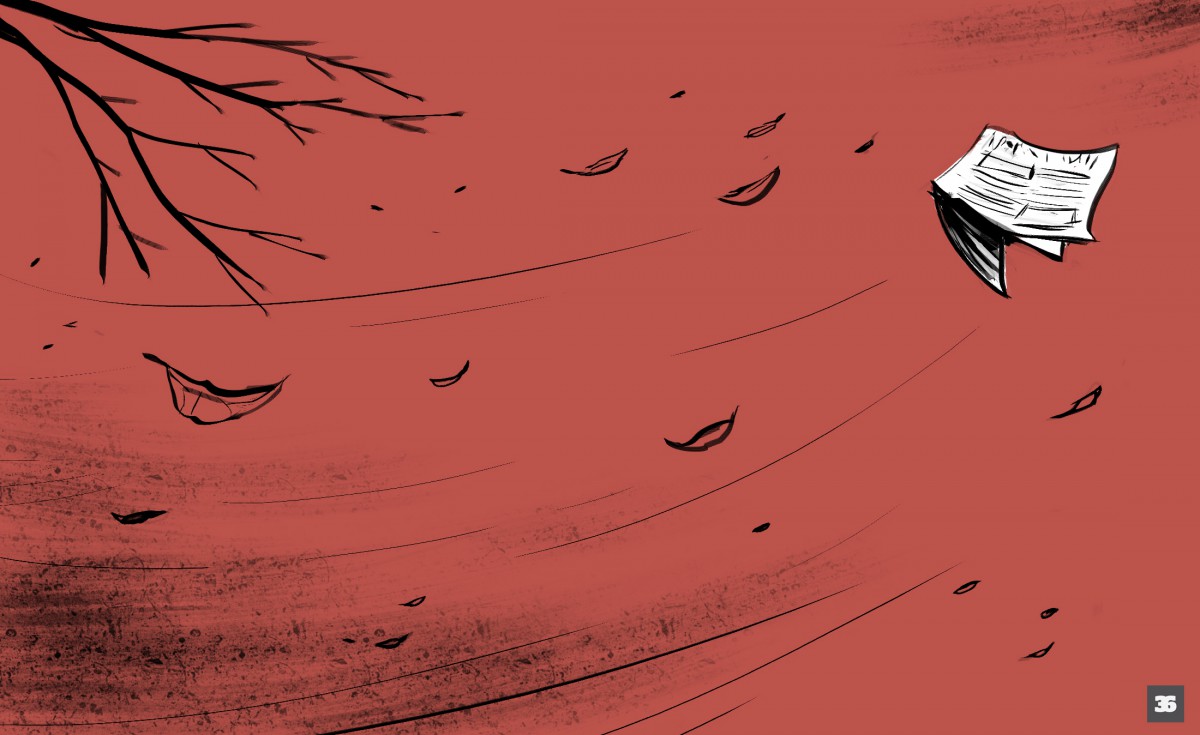 Last November, we published a behind-the-scenes account of the closure of Népszabadság, Hungary’s biggest daily newspaper. András Pethő, who led the reporting team, is explaining how the story was made.

When we choose our stories at Direkt36 we are trying to avoid topics that are covered by other news organizations. It is because it’s much harder to do in-depth investigations if that story is chased by many journalists. We made an exception wit the closure of Népszabadság and this decision was based party on personal reasons.

Two years before we had gone through something similar when Origo, where we used to work, exploded under political pressure. Even though that story was covered extensively by the local and even international press I had the feeling that nobody took a really deep dive into the story. It was sad to see this because I was sure that the public could have learned a lot about the political and financial limits of Hungarian media companies if somebody had told the inside story of what led to the collapse of Origo. (When editor-in-chief Gergő Sáling was forced out of his job because of a politically sensitive story, the whole news desk resigned. A few of us created Direkt36 some months later.)

We could not do the reporting of the Origo story because we were part of it. But we did not face such ethical obstacles with Népszabadság. And even though the paper’s suspension in October 2016 created just as big a storm as we had gone through two years earlier but I was sure that in a few weeks the reporters will move on to other stories, leaving many details untouched.

First I consulted with my fellow editor, Gergő Sáling, and then shared the idea with the rest of the team at our weekly meeting. We were all curious of what happened to Népszabadság so nobody had to be convinced that this is a story, which deserves a closer look.

In general, our investigative projects take months and in most cases one reporter works on it with the help of an editor. It was clear, however, that we did not have that much time with Népszabadság, which was a hot news story. We gave ourselves one month to complete the story and changed our routine as well. We assigned to reporters, Bálint Fabók and András Szabó, to the story and I alsi did not limit my work to editing but also participated in reporting as well.

This project was special in the method as well. For most stories, we are looking for hard evidence, documents and data but we knew that in the case of Népszabadság we will have to rely primarily on human sources. There was no paper trail about how the paper came under political pressure because it never happens through emails or formal letters.

Therefore, our method was fairly simple. We had to talk to as many people familiar with the Népszabadság story as possible. This included people who worked at the paper and the publishing company but also other actors in the media industry and of course political players who had knowledge about what role politics played.

We spoke with these people on background. This meant that we guaranteed anonimity to the sources so that they can talk about confidential details candidly. Some people later gave us approval for using their names in the story but in most cases we could just describe their position (for example: „a former Népszabadság employee”). Some told us that we cannot refer to them in any way in the story and we could use the information they told us only if we could corroborate it with other sources.

The advantage of the „on background” chats is that people are willing to tell us things that they would not tell publicly. The danger in these often wideranging talks is that the sources can share with you a lot of unsubstantiated information. Therefore, we have to be extra careful when using these details. We often went back to the sources to ask for more details, we pressed them to tell us how they obtained the information and asked them to point us to other sources, who can confirm what they said.

For instance, if a source told us about an interesting meeting, we always asked who else were present so that we can interview them as well. In the story, we only described events that were described to us by multiple sources. We were especially careful with dates, times and locations, because our experience showed that people may be pretty good at recalling what happened but they are quite bad at remembering the circumstances.

In the end, we spoke with nearly 30 people, and most of these conversations took hours. We took detailed notes of each interview and collected them in a shared folder, to which all three of us had access. We were in constant contact and held several meetings about how to proceed with the story. After the first round of interviews we could identify the main actors and the most important turning points of the story and in the following reporting we concentrated on them.

This is how we could reconstruct the behind-the-scenes story of Népszabadság. We are not claiming that there is nothing left to find out but we believe that we provided the public with the fullest account written yet.

2 éves a Direkt36
More in this project 
Direkt36.hu uses cookies, by clicking ‘Got it’ you accept this procedure.
If you need more information on cookies we use, how you can delete or block them, please, see our Privacy Policy.
Got it
