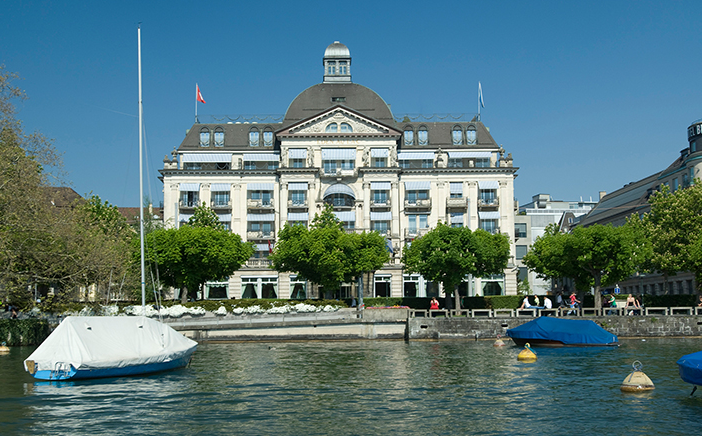 One day after the Curia’s verdict, the Prime Minister’s Office released the names of the hotels where János Lázár, head of the PM’s Office, stayed during his 2013 trips to Milan and Zurich. He slept in luxury hotels in both cities: Four Seasons in Milan, Eden Au Lac in Zurich.

Both hotels are considered to be among the best hotels of each city. Fours Seasons is a worldwide luxury hotel chain (its hotel in Budapest is also among the most expensive ones here) and its Milan hotel is advertised as being located “in one of Italy’s sleekest and most fashionable shopping districts”. The five-star Eden Au Lac’s website says it is “one of Zurich’s long-standing luxury hotels, right by the Lake Zurich” and “for over a century business travellers, art lovers, gourmets, holiday guests and celebrities have enjoyed the warmest of welcomes here”.

On Wednesday, Curia, the highest court in Hungary, upheld the previous verdict that forced the office to reveal the names of the hotels where Lázár slept in Milan and Zürich. Both trips drew attention because of unusually high hotel bills.

That ruling was issued in March by the Budapest Court of Appeal. The Prime Minister’s Office turned to the Curia with a request for legal review but the Curia rejected their arguments to overturn the previous verdict.

The public information lawsuit was launched by András Pethő, a co-founder of Direkt36, last year when he was still working for newsportal Origo. Transparency International (TI) provided legal assistance for Pethő, who was represented in the Budapest Court of Appeal by Daniel Karsai, an attorney co-operating with TI.

The lawsuit started after the Prime Minister’s Office had refused to answer questions about some of Mr. Lázár’s trips that resulted in unusually high hotel bills. On a 2012 November three-day trip to England the hotel stay cost more than 3000 euros for Lázár and an official accompanying him. On a 2013 July trip to Milan the hotel cost more than 1920 euros per night for Lázár and his aide. On a 2013 March trip to Zurich the hotel expense was 603 euros for one night. Earlier, the Prime Minister’s Office said that the Zurich hotel room cost more than 1500 euros but later they revised the number, citing an accounting error.

The Prime Minister’s Office argued that the trips’ details can not be released for national security reasons. They said that the trips were related to Mr. Lázár’s duties as the supervisor of the Information Agency, the government’s intelligence office.

The latest ruling does not cover Mr. Lázár’s visit to England. The Prime Minister’s Office disclosed during the initial trial in the lower court that there was a confidential document pertaining to that trip. The court ruled that the hotel name should be disclosed as that information has not been classified. Lázár’s office appealed against the decision.

Lázár suggested that he might not follow the court’s legally binding decision. “The court cannot verify whether what I say is true, because I can say that I do not remember, or I can say something that is not true about with whom I was in the hotel”, said Lázár on a press conference when asked about the court decision, according to Index.

Travels of Lazar
More in this project 
Direkt36.hu uses cookies, by clicking ‘Got it’ you accept this procedure.
If you need more information on cookies we use, how you can delete or block them, please, see our Privacy Policy.
Got it