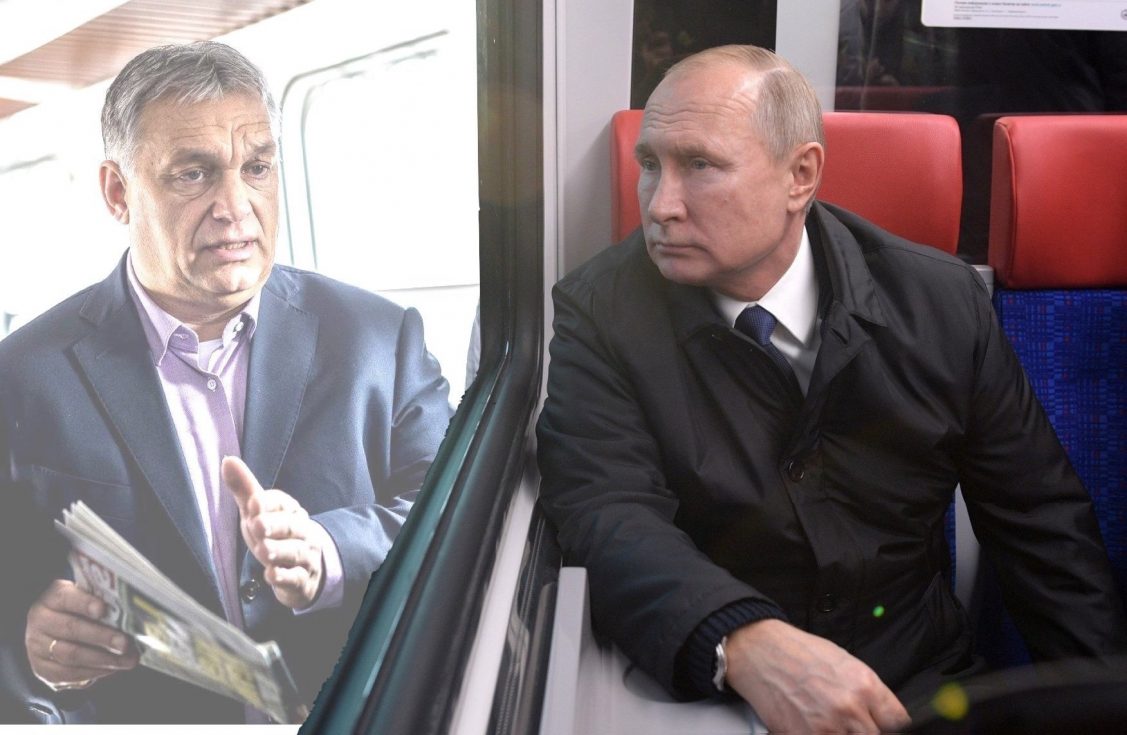 Panyi Szabolcs, Szabó András 2021.03.18.
Have a good story? Contact us!
In collaboration with

Hungary’s government has canceled and restarted the bidding process for the approximately €550m procurement of rail cars for Budapest’s HÉV suburban rail lines, Direkt36 has learned. Instructions to shut down the process (which started last autumn) were included in a March 13 official letter, obtained by Direkt36. The letter signed by Ministers Gergely Gulyás and Andrea Mager was sent to the CEO of state-owned rail company MÁV-HÉV Ltd., who is in charge of the tender. According to the letter, the two bids from Swiss rail giant Stadler and its Polish daughter company, as well as the one from the Italian subsidiary of France’s Alstom, came in too high.

This recent development could put Transmashholding, Russia’s biggest rail car manufacturing company group back into the race for the lucrative contract. The company showed interest in the tender from the beginning. However, they could not participate eventually as they were unable to meet all criteria.

This is not the first time the Orbán government would tweak a public procurement process to favor the Russians. A similar thing happened to a 2015 tender for the purchase of metro cars in Budapest’s M3 line. First, original plans were modified in order to boost the Transmashholding company group’s chances. Later, a competitor with a more favorable bid was disqualified, and victory was handed to the Russians. Nowadays, good relations with Moscow are of particularly high importance for the Orbán government due to its Sputnik V vaccine purchases from Russia.

In 2016, the Budapest Municipality transferred the operation of five suburban HÉV rail lines to MÁV group, Hungary’s state-owned railway company. Subsequently, a government decree from November 2018 ordered the development of the network and replacement of its outdated rail cars. After two years of preparations, the procurement was finally launched in September 2020. MÁV’s subsidiary in charge of suburban lines, MÁV-HÉV intended to purchase forty-two units (with an option of an additional twelve) of low-level floor, normal track rail cars from a company with a record of providing similar vehicles to EU or EFTA countries.

Despite French Alstom also entering the bidding process, according to a source with knowledge about the tender, Swiss-owned Stadler had an advantage due to being a reliable, long time partner of MÁV. Stadler is well-connected to the Hungarian state – it recently announced the establishment of a rail car production joint venture with one of the companies of Lőrinc Mészáros, Prime Minister Viktor Orbán’s childhood friend. According to a Direkt36 source with knowledge about the tender, Stadler also submitted a more favorable bid, for approximately €12,5m per car, compared to Alstom’s €13,7m.

Further negotiations should have followed the initial bids where actual price quotes could only decrease, revealing how much price reductions the two companies were ready to offer. However, the government did not enter this phase – the letter by the two ministers stated that “among the bids, even the most favorable one exceeds the total estimated price by almost 30 percent.”

Russia’s Transmashholding also wanted to join the bidding. Already in 2018, in the course of a background discussion, a lobbyist working with Russian state companies claimed that Transmashholding was very much interested in the business. However, the company was not even able to meet the procurement’s minimum certain criteria.

The Russian company’s Hungarian subsidiary, Transmashholding Hungary Ltd. then requested a so-called advance dispute settlement, a letter from a law firm representing MÁV-HÉV, obtained by Direkt36, reveals. The Russian company wanted to alter the criteria in order to enable their participation in the bidding. The Russians had three objections – the requirement of a European reference, the normal (European) rail track, as well as the criterion for a low-level floor car type.

Last December, attorneys of the Hungarian state company in charge of the procurement rejected Transmasholding’s requests as unfounded. In their justification, for example, they argued that a normal track (which is the size of the distance between the two rails forming a pair for the railroad) is regularly used in Europe. So if a bidding company does not have such a reference, their experience in producing cars based on European rail standards could not be sufficient.

Using professional and technical arguments, MÁV also tried to explain to Andrea Mager, the minister overseeing the company, why they rejected the Russians’ appeal. According to a source familiar with the tender, this became necessary as the Russians also started lobbying the Hungarian government and MÁV was trying to defend itself against these efforts. This is also shown by an internal paper titled “Summary for Minister Andrea Mager”, written by the management of MÁV-HÉV at the end of February, also obtained by Direkt36. In this summary, the company in charge of procurement argues in favor of continuing the process and then details how unfit the Russians are for supplying adequate train set.

According to this internal paper, for example, Transmashholding would not be able to install an engine of the required performance standard under a low-level floor. Also, the car would be too heavy, slow to accelerate and uneconomical to operate. In addition, “there is no knowledge that the Russian company has a reference for a low-floor vehicle installed in the European Union,” the document claims.

However, according to MÁV-HÉV, the low-level floor requirement – which the cars manufactured by the Russians do not meet – is essential and should not be altered. According to the Hungarian company, this is the only way to connect the high-speed rail network around Budapest and make travel easier for people with reduced mobility, with strollers, as well as for the elderly. In addition, health and safety concerns are also listed, as in vehicles with capacity of more than 700 passengers, air volume maximiziation is a requirement. The internal paper also warns that “on the surface section of the rail line, emergency evacuation from a high-floor vehicle cannot be ensured within the standard minimum expected time.”

Suspending the whole bidding process and the resulting delay also entail serious political risks, the internal paper claims. The trains are very old – 44 years on average –, and “their operation is being pushed to the limits, because in order to ensure the current frequency, all of the vehicles in service are running every day”. The document calculates that if new trains do not arrive on time and seven of the old ones, for example, become unusable, 2,100 fewer passengers per hour can be transported at peak hours.

Another problem is that the purchase of the vehicles would have been made through the European Union’s so-called Recovery and Resilience Facility (RRF) fund. However, according to the internal summary by MÁV-HÉV, “if the public procurement procedure were to be terminated (…) financing from RRF could no longer be arranged (as the procurement would not be completed by the end of 2026); vehicles may only be procured at the expense of the national budget’s resources, or loan financing.”

Although MÁV does not mention this in their summary, Budapest’s public transport has already had serious problems with Russian suppliers in recent years. In 2015, the bidding for the €190m metro car refurbishment for the M3 metro line in Budapest was won by Metrowagonmash, Transmashholding’s metro car manufacturing subsidiary. However, there were tons of problems with the quality of their cars. In February 2019, still under Budapest’s previous Fidesz-led administration, the municipality’s public transportation company sued the Russians. Monetary damages due to the continuous breakdowns of metro cars, as well as accumulating interest, have already increased Budapest’s claim to €21-25m.

We have no information on whether a restarted procurement process will eventually be more favorable for the Russians, but Transmashholding’s Hungarian subsidiary has rather good relations with the government. Kristóf Szalay-Bobrovniczky, former Hungarian Ambassador to London, the husband of government spokeswoman Alexandra Szentkirályi and a former business partner of PM Orbán’s advisor, Árpád Habony, has been a co-owner of Transmashholding Hungary Ltd. for almost two years. Last year, another person connected to Habony, as well as a relative of Zsolt Hernádi (Hungarian oil giant MOL’s CEO) also appeared in management capacity at the company.