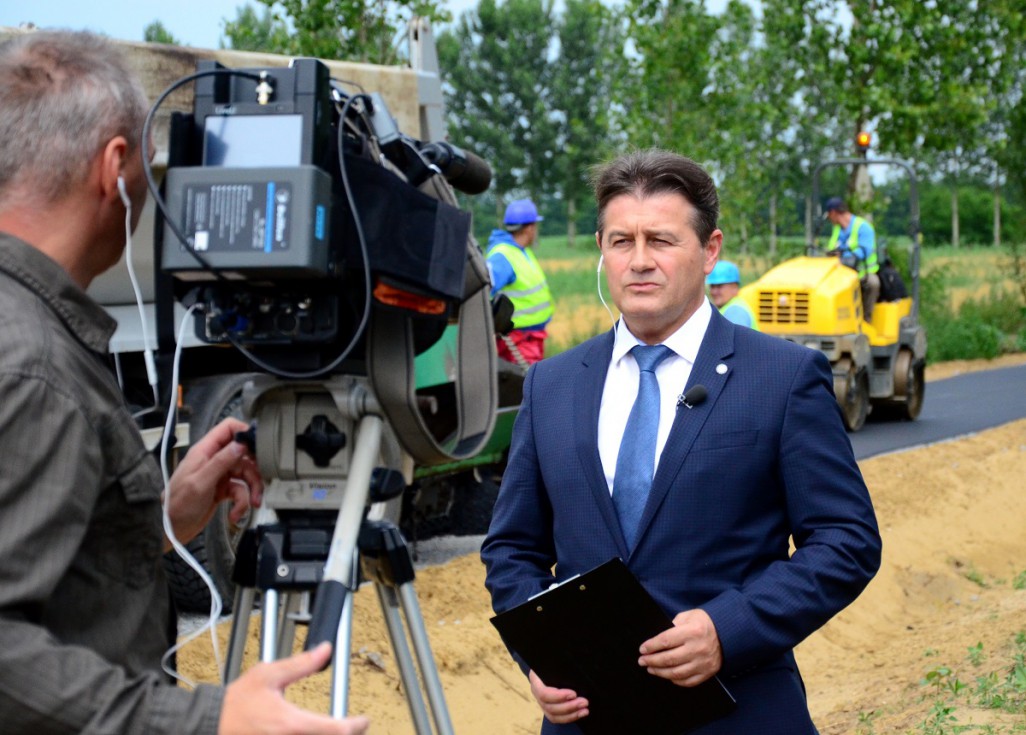 As part of our project about the Hungarian wealth declaration system we published several stories about the inaccurate declarations of László Tasó, a state minister. His reaction was unusually aggressive: he threatened with lawsuits, went to the police, made angry statements and questioned the personal integrity of our reporter, Zsuzsanna Wirth. Now she’s telling the inside story of her reporting.

Of all the politicians that I enraged during my journalistic career, László Tasó was the most infuriated. Once Lajos Bokros (former finance minister) spent minutes shouting at me on the phone, and once I made a powerful politician cry (although I did not mean to). After my article about the shady techniques of Hunvald György, the former mayor in Erzsébetváros, angry locals advised me to start publishing recipes in a women’s magazine instead of investigating corruption. But I had never been called a ’poorly informed and malicious forger’ and a ’paid provocateur,’ all at once. These attributes were in the first reply that Tasó sent instead of answering questions. Other emails followed, written in a very similar style.

After I started work at Direkt36 last March, it was my first task to check whether everything was all right with the wealth declarations of Tasó, a state minister responsible for transport policies. Direkt36 was about to start a new project aiming to uncover the inadequacies of the Hungarian asset declaration system. First, my colleague Anita Vorák looked into the declarations of every senior official of the government and she thought Tasó would be worth a closer look.

I did not know much about the career of the former mayor of Nyíradony, a city in the rather poor Eastern Hungarian region. Tasó was not too active in big politics, unlike, for instance, the mayor of the neighbouring Debrecen, Lajos Kósa, who is among the most powerful politicians of the governing Fidesz party. Tasó was instead busy building a local career during the last two decades, and became as influential in the region as Kósa. ’Here, Tasó is like God,’ said a man from Nyíradony, adding that ’nothing happens without him here.’ This did not change a bit since Tasó has switched mayoralty to a government position in 2014, he claimed.

But before traveling to Nyíradony, I started the reporting with gathering every useful information available online: from Tasó’s CV and website through company records to minutes of Nyíradony’s council meetings. Ninety per cent of the news was about ceremonies where Tasó gave speeches. He appeared when a public building was restored in Nyíradony, when a new bicycle road was ready, when a foundation-stone was laid or when medals were handed out. Besides, a few opposition blogs criticised Tasó’s politics or raised questions about the enrichment of his relatives. But there were no big cases or stories about him. I was surprised to realize that I walked on unexplored territory.

It was surprising because when I visited Nyíradony to research, it turned out that nothing remained unseen in the city. For example, when we sat down to talk, a local lady admitted to have remembered my face from a few hours before, when she had seen me enter a store on the main road. Gossip spreads there like in a village: everybody seemed to know when a local wealthy businessman bought a new Jaguar, or when a luxury apartment in Debrecen was bought by another. Nobody was baffled when talking about powerful citizens getting mysteriously wealthy. Everyone knew how spectacularly successful some Tasó-family members were. ‘Have you already seen Tasó’s castle?,’ they asked without caution. Thus I heard first about the building in Szakolykert, which was rebuilt by public money and then sold to a hunters’ association very close to Tasó. (Later I published an article about this story.)

After a few weeks, I knew most of the Nyíradony public procurement processes by heart, I knew about the businesses of Tasó and his family, and also about his family members and close associates’ getting positions in local public institutions. Also, it was obvious that Tasó (measured at least with an Eastern Hungarian merit) gradually became a wealthy man, investing mostly in local lands. I also realized that his wealth declarations were partly inaccurate.

I investigated several leads, and at the end I found a document about one of the council meetings in Nyíradony, which became be the core of my story. It was László Tasó himself who asked the board to change the zoning classification of one of his smaller properties lying in the city outskirts. Nobody raised questions, the vote was unanimous. That’s not strange at all, but considering that I did not find the said parcel in Tasó’s wealth declarations, that seemed worth a closer look. I looked it up in the land registry: the parcel was indeed owned by Tasó. I got curious and looked up the neighbouring parcels: they belonged to him, too. He bought some of them back in 2006, and some during the recent years.

It is an abandoned land with nothing interesting around, let alone a billboard saying ‘Welcome to Nyíradony.’ I got curious about Tasó’s intentions with these parcels and wondered why he did not declare them (later I realized that in some of his declarations, he did, but in a rather unrecognizable way). I bet he was about to build a hostel or something similar there, because the land lies next to the main road, which was about to be refurbished soon. I found the answer among the public documents of the Nyíradony municipality. It became clear that the city was planning to open an industrial park in the very area, which obviously raised the value of lands lying here. I felt the puzzle was solved.

Of course, writing and fact-checking took more weeks, not to mention contacting everyone involved in the stories. I had to reach Tasó’s relatives who were mentioned in connection with spending public money, and the state minister himself, before the two articles were finally published in June.

Of all the politicians having irregularities in their wealth declarations we exposed, Tasó’s reaction was by far the most aggressive. He called the articles a discrediting action, talked about harassment, false and distorted information. ‘I shall take the necessary legal steps, I have filed a criminal complaint because of the thematic and unscrupulous abuse of my relatives,’ he wrote in a statement. This was not the only one occasion when he threatened with lawsuits. Despite his repeated promises, Tasó eventually did not demand any correction of our articles. The Budapest Police launched a harassment investigation based on Tasó’s charges (against an unknown suspect) but it was closed due to lack of criminal offense. He also started a lawsuit because HírTV refused to modify their article about the state minister (which was basically a review of the Direkt36 story), but lost the case. Meanwhile, Tasó corrected several of his former wealth declarations (in accordance with the irregularities that we uncovered), but did not care to communicate this step in the media.

It is unclear to what extent it was the result of our articles, still, the position of the state minister weakened after our stories had been published. Some of his powers were taken away from him and given to a freshly appointed government commissioner Róbert Homolya. After the summer, media coverage returned to reporting merely about Tasó giving speeches in public ceremonies and press conferences. But on the 31st of January, he eventually resigned. Soon after, he was given a new mandate as state minister responsible for the development of villages. It is yet unclear what exactly this position means.

2 éves a Direkt36
More in this project 
Direkt36.hu uses cookies, by clicking ‘Got it’ you accept this procedure.
If you need more information on cookies we use, how you can delete or block them, please, see our Privacy Policy.
Got it