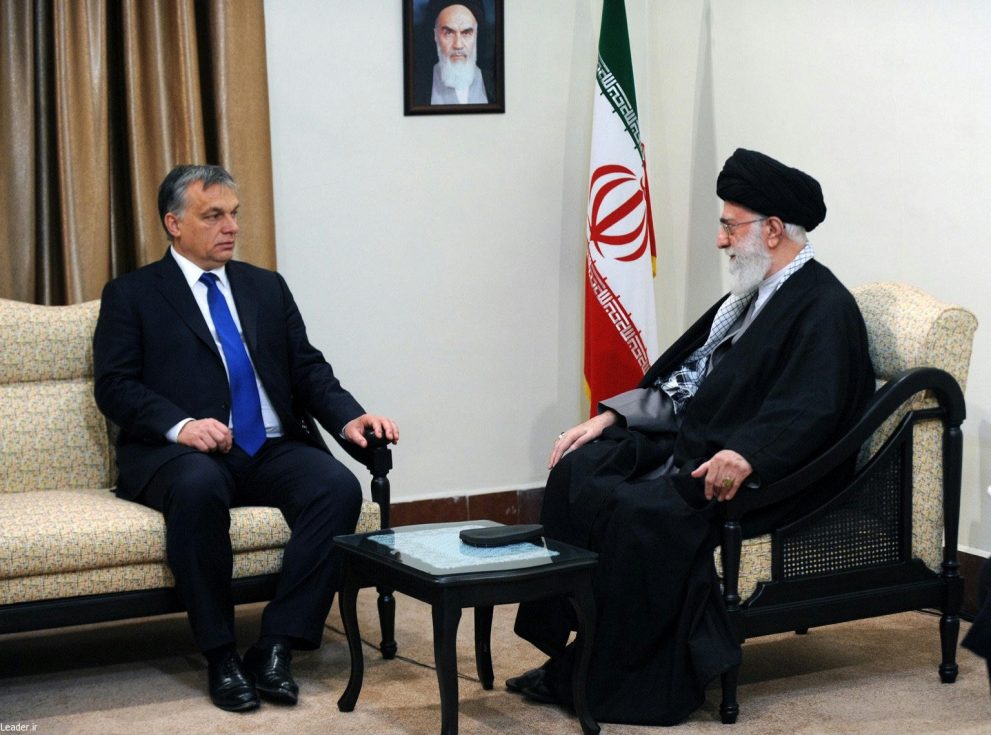 Criminal charges have been dropped against the majority of the Iranian students who were expelled from Hungary in the spring for violating quarantine rules. The Hungarian authorities have also begun to revoke their expulsion orders, the Ministry of Interior (BM) confirmed to Direkt36.

A total of nineteen students were involved in the case. Those four Iranians who have not yet been deported can remain in Hungary. In their case, “the criminal proceedings were dropped, the expulsion order was revoked and they got their passports back,” confirmed Kata Nehéz-Posony, a lawyer from the Hungarian Civil Liberties Union (HCLU) who represents one of those students. The ministry told Direkt36 that out of the other 15 students,“12 already deported persons have submitted applications to have their the entry and residency  ban lifter. Their applications are currently being processed”.

On March 4, two Iranian university students were the first to be diagnosed with the novel coronavirus in Hungary. After contact tracing, more than a dozen of their fellow students in medicine, pharmacy and dentistry programs were quarantined at Szent László Hospital. However, a few days later, they were accused of disorderly conduct, and in response to this, first two, then thirteen, and then four more students were expelled from the country.

Government statements on the coronavirus repeatedly emphasized the alleged aggressive behavior of some Iranian students, while government politicians, including Prime Minister Viktor Orbán, repeatedly linked the coronavirus to Muslim migration. Several Iranian students were represented by civil rights groups (the HCLU and the Helsinki Commission), who said that the authorities started accusing other quarantined Iranians just because of the alleged conduct of a few. Direkt36 previously reported on the background of the expulsions in April, and now we have uncovered new details about the case of the Iranian students.

Hoping to return and waiting for documents

The Ministry of the Interior explained the turn of events to Direkt36 by saying that “due to a change in legislation, ongoing criminal proceedings for violations of epidemiological rules have been reclassified as violations/offences. In these cases, administrative offence proceedings were initiated for failing to follow infectious disease containment protocols. ” The epidemiological emergency situation and special legal order officially ended on June 18.

The four Iranians who have not yet been deported from Hungary are in a better position. “The legal basis for the expulsions were partly the criminal proceedings and partly the opinion of the Budapest Police Headquarters (BRFK), which established a threat to public order. The criminal proceedings were terminated and the opinion of BRFK was withdrawn, so the expulsion order was later withdrawn as well, ”Nehéz-Posony explained. However, the case of these four students is not yet fully resolved. They are no longer suspected of committing a crime, but they are still suspected of violating the rules, and their new residence permit is still being processed.

The 11 other Iranian students who had already been deported to Iran, but whose criminal charges were also dropped, can also hope to return to Hungary. An Iranian source familiar with the details of the students’ case told Direkt36 that the Iranian Ministry of Foreign Affairs had repeatedly claimed in informal discussions that they had already reached an agreement with the Hungarians. However,  the final decision and paperwork for the students’ return is still pending. The Iranian Embassy in Budapest did not react to our inquiry.

However, the Hungarian Ministry of Interior also informed Direkt36 that among the nineteen students, there are four against whom additional

“criminal proceedings are still pending for vandalism committed in a group.”

We know from sources close to the university students that the police suspected them – two boys and two girls – of being “at the forefront” of the alleged disorder at Szent László Hospital.  At a March press conference, The Coronavirus Task Force claimed that two people had thrown chairs out of the ward, which the students denied. Criminal proceedings for violating the quarantine rules have been terminated, but due to the ongoing criminal proceedings for vandalism, the students may not be able to return to Hungary soon.

After the deportation, the Iranian Ministry of Foreign Affairs took action to try to get the expulsion revoked, and the students also approached the Iranian president’s office with their complaint. Direkt36 learned from several students months ago – who wish to remain anonymous – that the parents of the expelled students also met with the Hungarian ambassador to Tehran. The Hungarian Ministry of Foreign Affairs and Trade wrote to Direkt36 that they were not responsible for the expulsion of Iranian students – in their opinion, these were individual cases with immigration authorities – and therefore they did not consult with the Iranian Ministry of Foreign Affairs. They confirmed that “the Ambassador of Hungary to Tehran, at our request, met with the parents of the students concerned and provided them with information on domestic legislation and regulations,” they wrote.

The majority of the Iranians were students at Semmelweis University (SE), one of the best higher education institutions in the country. After the scandal erupted, the students approached several of their teachers to ask them for character letters supporting that they are well-behaved and decent. However, according to the students, several of them were denied support, because their cases were taken over by the university’s leadership.

In a letter obtained by Direkt36, one of  SE’s vice-rectors informed students that Rector Béla Merkely consults with the Coronavirus Task Force and relevant ministries, on a daily basis.  These discussions also cover the situation of the Iranian students. Several students involved told Direkt36 that multiple senior university officials reassured them that the rector represented their cause at the “top level”.

Merkely himself wrote an English-language letter to the Iranian students back in early March, when the case erupted. This letter, also obtained by Direkt36, begins with the rector mentioning the “unacceptable” behavior of the students. Merkely advises students to apologize in writing, “to release the tension you unnecessarily created and to try to handle your situation you had guided yourself into”. According to Merkely, they must apologize in a letter to the hospital staff and authorities and the letter must be signed by all Iranian SE students who have been quarantined at Szent Laszlo Hospital. Merkely wrote:

“This document shall be made, signed, and archived ASAP, scanned and also sent to myself, and above all shown to the hospital staff”.

According to a student, the majority of them refused to apologize, on the one hand because they felt they had done nothing wrong, and on the other hand because their lawyers dissuaded them from doing so. A smaller group of Iranians, however, listened to Merkely and wrote an apology letter, in which they did not apologize directly, but commented on possible misconduct committed by fellow students.

Asked by Direkt36 about the letter, Semmelweis University wrote: “University leaders feel a responsibility to all students, so of course they monitored the situation of the Iranian students concerned and took every opportunity to represent their interests when needed. At the same time, the aforementioned students did not behave in accordance with their oath, so the university management asked them to apologize to the doctors and specialists of the South Pest Central Hospital ”.

Coronavirus
More in this project 
Direkt36.hu uses cookies, by clicking ‘Got it’ you accept this procedure.
If you need more information on cookies we use, how you can delete or block them, please, see our Privacy Policy.
Got it