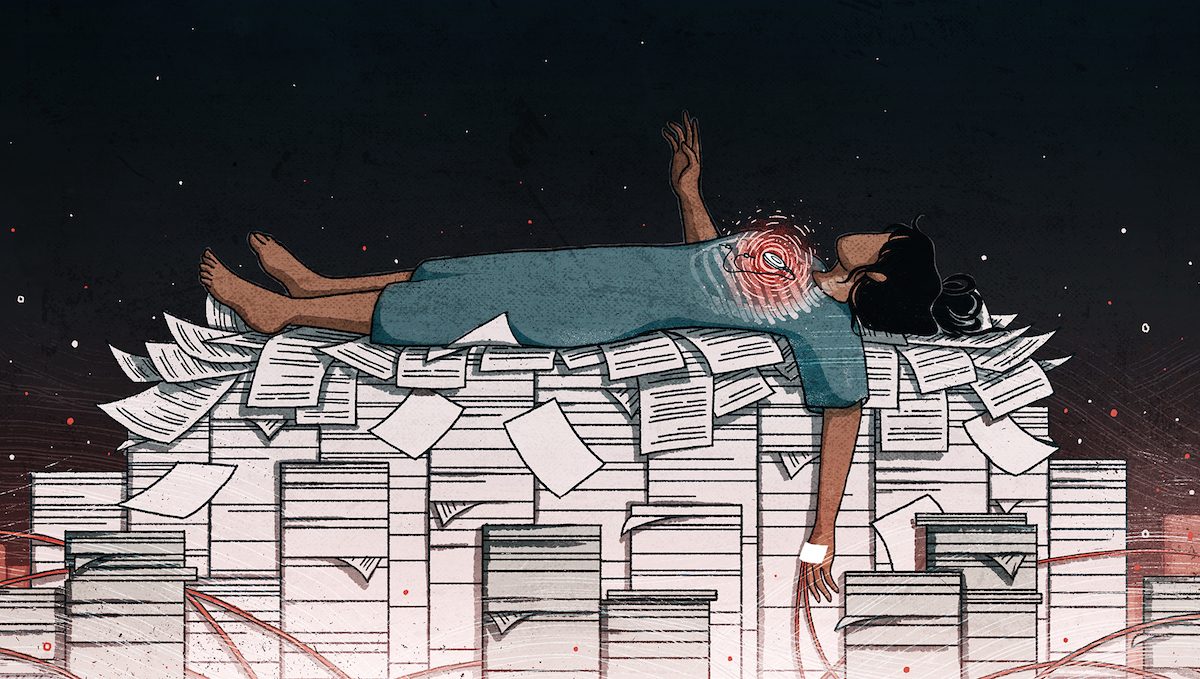 This is a brief summary of the Hungarian version.

The Kauppi family, living in the small town of Alahärmä in the North West of Finland, went through a living nightmare in the early hours of August 23, 2017.

The 12-year-old Roope Kauppi woke up with a dangerously low blood sugar level. His parents entered his room, finding him was sitting on his bed screaming. The parents called an ambulance but before it arrived the boy collapsed and lost his consciousness. His father could resuscitate him but Roope was only stabilized once their reached the hospital.

A few weeks later, on September 11, Roope’s mother learned from a Facebook post that Medtronic, a major player in the market of insulin pumps, had recalled certain types of pump sets because of potential threats the devices pose.

The model used by her son was among them. The family received an official notification from the company only nine days later. “Medtronic informed very badly. They are playing with people’s lives,” said the father, Tapani Kauppi in an interview with MOT, the investigative team of YLE, the Finnish public broadcasting company.

Medtronic’s recall had a major impact in Hungary as well. According to the report the company sent to the Hungarian authorities, 1666 patients were affected in Hungary. This is more than half of the estimated 2800-2900 insulin pump users in the country, a vast majority of whom are children.

Dr. Győző Kocsis, who leads the insulin pump working group at the Hungarian Diabetes Society, told Direkt36 “the situation was not that dramatic in Hungary,” and he did not hear about cases similar to what happened with the Kauppis in Finland. He added that to the best of his knowledge, Medtronic’s recall process last year went smoothly in Hungary.

A yearlong global investigation, led by the International Consortium of Investigative Journalists, has found, however, that there are systemic flaws in the industry of medical implants and other devices. The main conclusions of the reporting done by more than 250 journalists from 36 countries are the following:

• Governments hold even complex implants to a lower safety testing standard than the most mundane new drugs.

• Under a free-for-all global system, device companies pull implants from the market in some countries while continuing to sell them in others.

• Authorities often don’t have a coherent system for alerting doctors and patients when problems arise.

• Medical devices that malfunctioned after implantation or use were linked to 1.7 million injuries and nearly 83,000 deaths over the last decade, an ICIJ analysis found.

While in Hungary we did not find cases when medical devices caused serious health problems, the country is not immune to the flaws identified in the industry. The implants put into Hungarian patients are mostly coming from the multinational manufacturers that dominate the world market. Hungary follows the same – and in many ways controversial – regulatory framework as the rest of the European Union.

In Hungary, access to medical device data is limited, which makes it difficult to get a deep insight into the local market and to learn details about concrete cases about potential device malfunctions. While there is a system in place in which the manufacturers and doctors have to report every incident linked to implants and other devices, these records are not available in an analysable form.

The reports are gathered by the National Institute of Pharmacy and Nutrition, and when we approached them with a request for their device data, it turned out that they don’t have such a database. They only have the written incident reports, and though the institute was open to sharing those, in the end we received only the documents issued between January 2017 and September 2018. The institute said that providing more reports would have caused too much workload for their staff.

Still, even this pack of 179 reports turned out to be revealing. These documents shed light on details about the Hungarian side of Medtronic’s 2017 insulin pump set recall. They also made it clear that other global recalls – for example those of knee and hip implants that got contaminated by plastic packaging – also affected Hungarian patients. Many incident reports concerned breast implants, including a product that appeared in unusually high number of Hungarian incidents.

According to the August 2017 report, an implant produced by British manufacturer Nagor was removed from a woman in a hospital in Budapest. The product was explanted because it caused “capsular contracture,” a relatively common and often painful complication. It is the result of the human body’s automatic reaction to any foreign object. The body creates a scar tissue around the object but in some patients this tissue (called capsule) can become extraordinarily hard and that lead to a contracture around the implant.

According to the report, the incident was classified as ”death or unanticipated serious deterioration in state of health, serious public health threat.” The report also mentions that since 2012 there have been 140 incidents that concerned the same “GFX range” and

43 of those took place in Hungary. We contacted Nagor with several question regarding the incident reported in August 2017 and the earlier ones, but the company has not responded to our inquiries.

Problémás orvosi eszközök
More in this project 
Direkt36.hu uses cookies, by clicking ‘Got it’ you accept this procedure.
If you need more information on cookies we use, how you can delete or block them, please, see our Privacy Policy.
Got it
