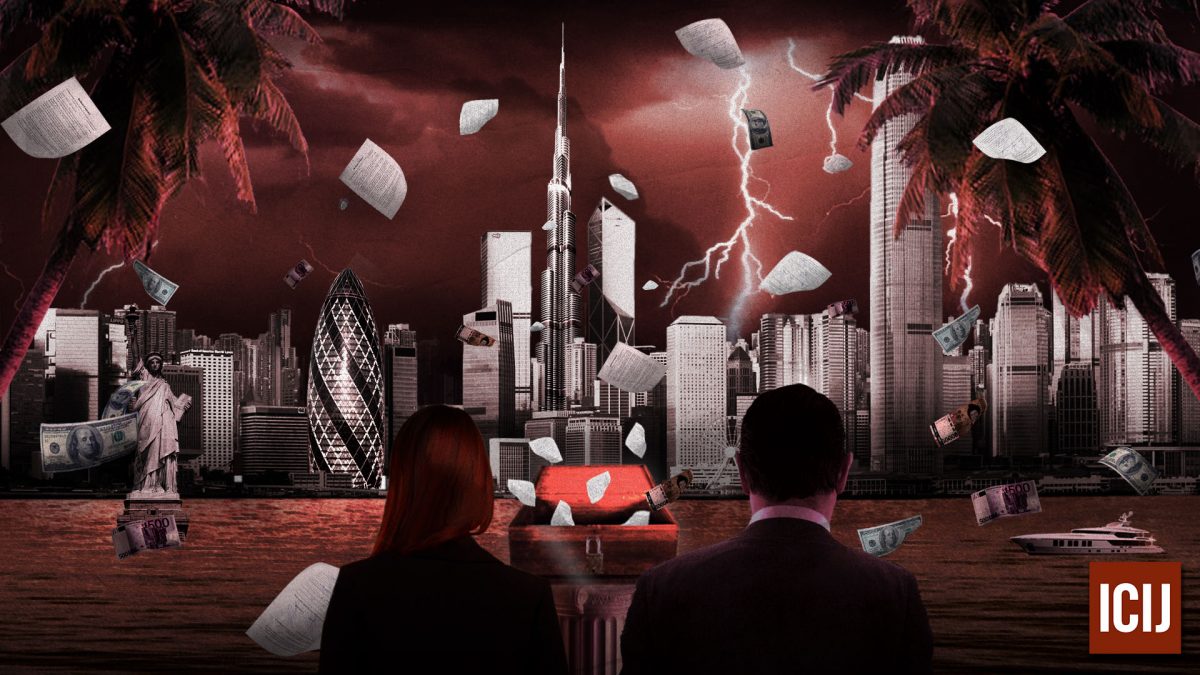 Jenő Faller, a former senior government official, has had a colorful career. He graduated in international law in Moscow in the early 1980s, and after nearly a decade of service at the Foreign Ministry, he worked in the private sector as company manager and consultant. He returned to the government in 2005, first as ambassador to Sofia and then as secretary of state at the Foreign Ministry

His official biography also shows that in the meantime he served on the boards of several companies, among them ones owned by the state. And now, thanks to the latest offshore leak known as the Pandora Papers, it’s also known that he had an offshore company in the meantime.

A company called Old Point Financial Corporation was incorporated in May 2000 on the British Virgin Islands. According to an internal record of the company’s offshore service provider in 2017, Faller had been one of the beneficial owners of the company since the formation of Old Point (the other owner is a man of British nationality with a Hungarian name, whom we could not reach).

Help us tell the truth in Hungary! Become a supporter

The records of the company are part of a new gigantic offshore leak known as the Pandora Papers. The International Consortium of Investigative Journalists obtained the trove of 11.9 million confidential files and led a team of more than 600 journalists from 150 news outlets that spent two years sifting through them, tracking down sources and digging into court files and other public records from dozens of countries. The only Hungarian partner in the investigation is Direkt36. In our previous articles we showed how influential pro-government people conducted offshore deals and how Hungary was put on the international tax planning map.

Faller told Direkt36 that he did not keep the offshore company secret and, for example, when he was a member of the board of directors at the state-owned Szerencsejáték Zrt. he disclosed it during his national security screening and also in his wealth declarations (which are not public). Faller also claims that he had quit Old Point Financial Corporation when he returned to the Foreign Ministry in 2005.

The leaked documents contradict these statements. According to company files, Faller held the position of director of the company for weeks in September 2007, when he was already an ambassador to Sofia, and he gave up his shares only when resigned as director. A person residing in the Hungarian town of Szentendre took over the shares. (We reached the person, who has no known affiliation with public office, but he declined to answer our questions.)

Faller said that there must be a misunderstanding, and he insists that he got out of the company in 2005. “Prior to my appointment at the Foreign Ministry, I wrote a resignation letter from the company, announcing in writing that I had sold my stake. I sent all this to the business registration agency in London. To the best of my knowledge, I have fulfilled all my legal and moral obligations. I also suspended my domestic business, my company was taken over by a trustee,” said Faller. He claims that there could only be some administrative or technical reasons why he was still mentioned in the offshore company’s records later, even in 2007.

We asked Faller if he had any documents proving that he had already left the company in 2005. He promised to look into it, but he no longer responded to our questions about it.

An estimated hundreds of millions

According to a 2016 document completed and signed by Faller’s business partner, Old Point Financial Corporation provides management and financial consulting and is active in Hungary, Austria, Croatia, Slovakia, and Serbia. The document also reveals that one of the company’s clients was the construction company Swietelsky, which Old Point Financial assisted in a public procurement tender in Serbia. (We sent questions to the Swietelsky headquarters, but they did not respond.)

The document also states that the company’s estimated turnover is EUR 300-500 thousand, although it is not entirely clear from which period. According to Faller, the amount in the document was an estimate of the expected annual turnover. He stressed that “I never had any dividends or income from the company, consequently no tax liability arose, nor did I have access to the company’s bank accounts.” He also claimed that the British Virgin Islands company had no business relationship with his other companies and that the company had never done business with “a state, a state-owned company, or a government agency in Hungary or any other country.”

Faller, along with other some of his fellow officials at the Foreign Ministry, was severely criticized by current prime minister Viktor Orbán’s Fidesz party during his term as Secretary of State, primarily for the controversial sale of the Moscow Trade Representation and a foreign affairs contract with a Florida tax consulting firm. Thus, after the change of government in 2010, it was not surprising that Faller was forced to leave the Foreign Ministry. Since then, he has been active in the private sector again as a consultant. One of his clients was the Belarussian government. (Faller said he was not working for the Belarusian government right now.)

According to leaked offshore records, Faller repurchased Old Point Financial shares in 2012 from the man to whom he sold them in 2007. We asked him why, if the company was not commercially important to him, he wanted it back. “I repurchased my stake in the company for the same reasons and plans that I was involved in founding the company,” he responded.

Faller answered most of the questions about the company’s operations by saying he didn’t know or remember the details. Asked why he joined the company at all, he replied: “Because of my extensive international connections, I wanted to do business abroad, and it also occurred to me that I would live abroad. Even during this period, operating offshore companies was legal, natural and fashionable.”

We asked him if the company was still functioning, but he couldn’t give a straightforward answer to that either. “As far as I know the company has gone out of business,” he said.