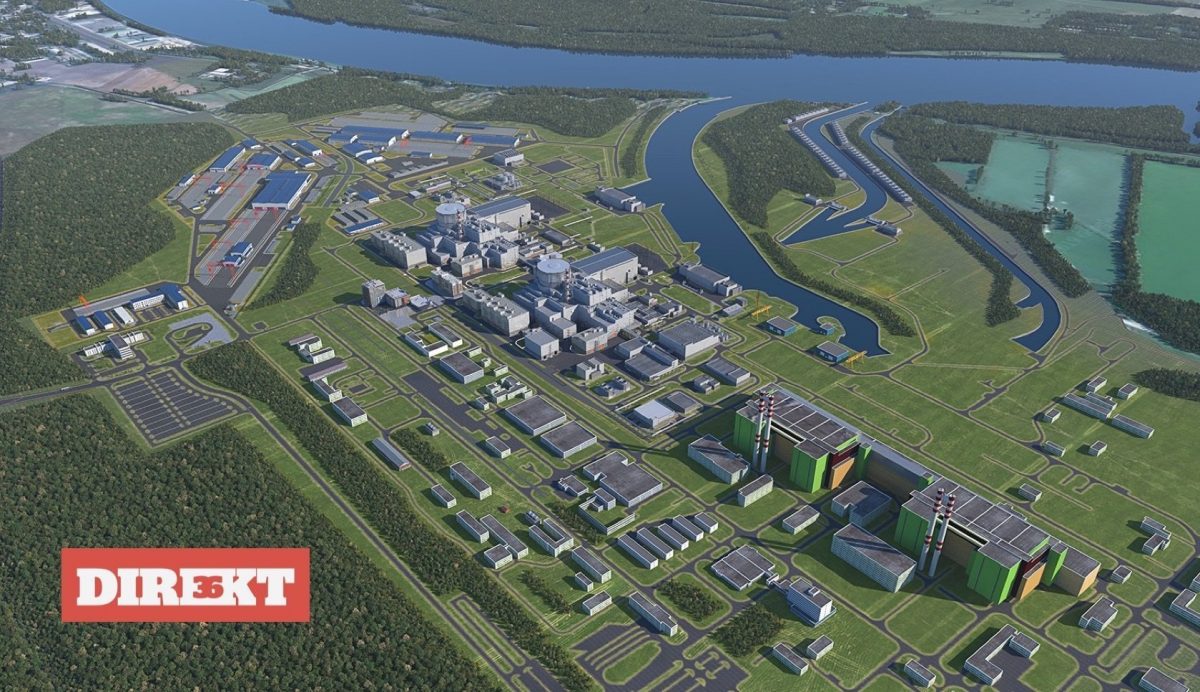 While Hungary focused on the COVID-19 pandemic, there had been a significant development related to the expansion of Hungary’s nuclear plant, a project that has brought closer the government of Viktor Orbán and Russian president Vladimir Putin. At the end of May, the Hungarian government modified a decree to allow certain groundworks to begin before the project receives the final permit.

This modification puts the Russian state-owned Rosatom, which is in charge of the gigantic construction known as Paks 2, in a favorable position. While before the amendment the Russians were under pressure to comply with the Hungarian party’s technical requests, from now on it is the Hungarian state that bears the responsibility for the risks the early start of groundwork may pose.

In the past years, according to sources familiar with the project, the details of this legal modification generated several conflicts between the Hungarian government and the Hungarian Atomic Energy Authority, the main body in charge of the project authorization. The amendment had to be approved by the European Commission, which has the right to assess national legislation related to nuclear safety. Responding to our inquiry, the Commission stated that even though it did not raise legal objections, that does not equate to be an approval of the start of early groundworks.

In the past months, tenders linked to the early works have also accelerated. It seems that Rosatom will contract the Hungarian subsidiary of the German construction firm Bauer for the groundworks in the amount of 217 million euros.

We have sent several questions about the legal modification to János Süli, the minister responsible for the Paks expansion and to Rosatom but have not received any responses.

The Russians have been trying for years to start the early groundworks related to the Paks 2 construction as soon as possible. According to sources familiar with the project, the motivation for the Russians was to gain time and to change conditions of the project that they considered unfavorable.

According to the Paks 2 contract, technical works in connection with the expansion could start only after the Hungarian Atomic Energy Authority carefully examined all Russian plans and issued the construction permit. However, the Russians would like to start certain works before the Hungarian authorities approve the plans of the blocks. This would mean that they would begin the works before the finalization of the documentation, even though one of the reasons of the delay has been that the Russians were not making progress with the preparation of plans.

Direkt36 previously reported about how they had tried for years to change this framework favorably. In this process, they partnered with János Süli, the minister in charge of the Paks expansion.

According to sources with inside knowledge about the expansion project and connections to Süli, the minister wanted to make sure that substantial parts of the project, that has already suffered several years of delay, would start on his watch. Therefore, more than two years ago people close to him began preparing a proposal with the aim to allow the start of certain groundworks before the Hungarian Atomic Energy Authority issues the permit for the new blocks.

First, Süli’s ministry submitted a proposal that would have enabled the start of the foundation of the nuclear power plant before the approval of the plans of the blocks. Among others, they coordinated with the Hungarian Atomic Energy Authority. Its director Gyula Fichtinger earlier told Direkt36 that the first serious negotiations took place in 2018. However, the authority considered this idea too risky because it would not have been able to assess whether the foundation matched in every aspect with the blocks of the new nuclear power plant. And if it turns out later that the foundation is not suitable, then it would have to be corrected which could further increase the total costs.

The risk decreases but does not disappear

According to the Hungarian Atomic Energy Authority, Süli’s ministry came up with a new version in summer 2019, and the legal modification adopted this May incorporates this proposal. The modification allows the start of only certain works – digging out the hole of the foundation, ground improvements preventing the sinking of the building, and construction of a retaining wall protecting from groundwater seepage – before the finalization of all plans, but not laying down the whole foundation.

The proposal also included that the request for groundworks can only be submitted to the Hungarian Atomic Energy Authority three months after the office received the plans of the nuclear power plant. This blunted the earlier resistance of the authority, since it gives the office at least some time to review the plans and the available information about the blocks before it issues the permit for the groundworks. “These constraints significantly decrease the risks,” Fichtinger told Direkt36 about the modified proposal.

However, this solution is not fully risk-free either because reviewing, and approving the nuclear power plant’s plans takes several months longer than issuing a permit for groundworks. And it is possible that once the Hungarian Atomic Energy Authority finally completes the review, it could come to a conclusion that the already launched groundworks are not fully compatible with the final plans.

Therefore, the authority does not want to take responsibility whether the groundworks for which it issued permits are indeed matching the construction. Based on the authority’s proposal, the legal modification adopted in May includes that the related material and technical risks are borne by Paks II. Ltd., the Hungarian company in charge of the project, which closely cooperates with Süli’s ministry. The permit request is also officially filed by this Hungarian state-owned company.

While an acceptable solution for both the Hungarian Atomic Energy Authority and the Hungarian government was found, this process did not go smoothly. According to Fichtinger, there were serious conflicts between the authority, Süli’s ministry, and Paks II. Ltd. “There were long, heated debates,” the director said regarding the negotiations.

The rescheduling of the Paks construction timetable required the Hungarian government to change an important legislation, namely the government decree regarding the nuclear safety of nuclear facilities. The modification was also subject to the approval by the European Commission.

The Hungarian government notified the European Commission about its intention to adopt a legal modification last November and the EU institution had three months for an assessment. This process included a compliance check of the Hungarian amendment with the requirements of the EU Nuclear Safety Directive. The Hungarian amendment did not pass in the first round. The Commission sent a letter this January requesting further clarifications from the Hungarian government to better understand and properly assess the proposed modification.

The Commission approved the modification in April. Responding to Direkt36 questions, it stated that a positive legal analysis does not equate to be an approval of the specific groundworks for the Paks 2 nuclear power plant. Thus, the Commission’s assessment was of legal scope, it did not take into consideration technical aspects.

At the end of April, minister Süli announced that the European Commission gave the greenlight to the legal modification. He said that the change does not mean an ease since the construction of the blocks can still start only after the construction permit is issued. He also mentioned that the aim of the modification is to allow the early start of groundworks, which he expects to happen at the beginning of next year. Following Süli’s announcement, the Hungarian government adopted the amendment of the decree in mid-May.

Simultaneously, tenders connected to the fulfillment of groundworks have also accelerated. They were originally published in summer 2018 by Rosatom, but the deadlines of multiple rounds were prolonged several times. One of the lower value tenders was won by Bauer Hungary Foundation Engineering Specialists Ltd. at the end of February, which is the Hungarian daughter company of a German firm with a track record of implementing engineering projects across the world. Regarding the other higher value contract, Rosatom conducted a pre-contractual negotiation with Bauer Hungary at the beginning of May. The total value of the two tenders is 217 million euros, which is 86 million more than originally announced in the Rosatom tenders.

We sent several questions to Bauer Hungary, including whether it has in the meantime signed the contracts with Rosatom and which subcontractors it intends to work with. The latter question is relevant because earlier Hungarian-owned companies have also expressed interest in the tenders related to the groundworks. Among others, the company of László Szíjj who has business contacts with Lőrinc Mészáros, the childhood friend of PM Orbán, also applied but did not submit a price bid in the end. Bauer Hungary did not respond to our inquiry.