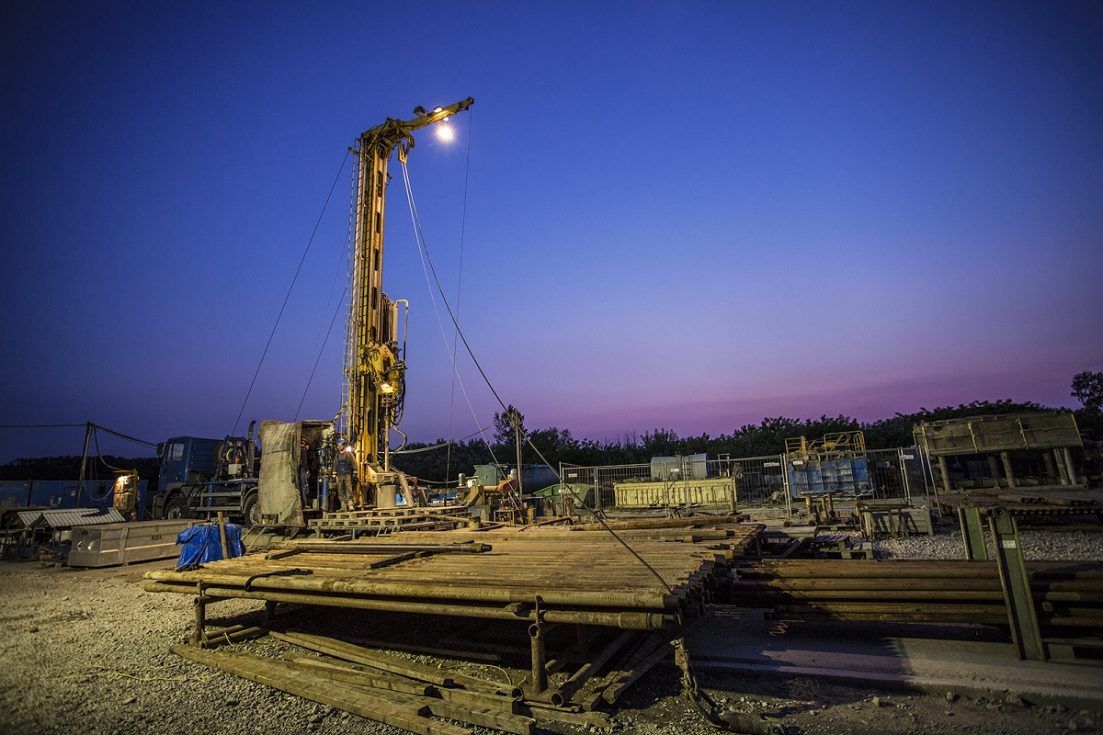 Seemingly, not much is happening around the Paks nuclear power plant expansion.  Deadlines are delayed, plans for the new blocks are still not ready, and several important related tenders are also proceeding slowly.

However, important preparations are going on in the background. According to Direkt36’s information, the team of Janos Suli, Hungarian minister in charge of the Paks expansion is working on a solution to secure the earliest possible launch of the construction. The most important element of this would be to start the pre-works of the foundations of the power plant – the working holes – before the authorities’ approval of the construction of new blocks. This is such a significant step that it would require the modification of at least one important regulation, which would also be subject of approval by the European Commission.

But the proposal carries hidden risks. If the preparation of the working holes starts before the approval of the final construction plans of the whole building, later they might not match in every aspect of the nuclear power plant. And if it turns out that the working holes are not satisfactory, it will require corrections that would further increase the total costs.

This move would, however, be beneficial for the Russian Rosatom in charge of building Paks 2. The Russians have been urging the start of the constructions for a long time and have even suggested the modification of the permission procedure to speed up the project. The proposal Suli’s team is working on would finally kickstart the actual construction. In addition, it would also improve their position within the project. In case the Hungarian party later proposed new project modifications, these would be easily swept aside by saying that works are already in progress.

Rosatom has already announced the more than 131-thousand-euro tender for these preparatory works. One of the original bidders was the company of a businessman with close ties to the government but later he withdrew from the process. Eventually, most bids exceeded the amount allotted by the Russians for this work and it is therefore unclear how the tenders will proceed.

Janos Suli’s ministry and Rosatom did not respond to our questions.

Starting without the final plans

According to the current rules, the construction of Paks 2 could only start if the installation permit is issued by the Hungarian Atomic Energy Authority. The lack of such permit prevents even the launch of ground laying works (the working holes).

It is currently unclear when the permit would be issued, as the request for it has not even been filed. Janos Suli said last spring that the permit would be requested in 2018. However, this has not happened yet and the Hungarian Atomic Energy Authority announced at beginning of January that it did not expect to receive the request this year. This delay is partly caused by the fact that the Russians are not making much progress in designing the power plant plans in line with Hungarian rules

Based on current expectations, the Hungarian Atomic Energy Authority could receive the plans next year the earliest. The authority will then have 15 months to evaluate the documents. If they will have no concerns, the construction could start at the end of 2021 or in 2022. The most optimistic forecasts envision that the blocks could be ready in 2028-29 – much later than the originally forecasted 2023.

Simultaneously, the Russians are urging the start of the works. Aleksey Lihacov, CEO of Rosatom said in December that he was expecting the Paks 2 constructions to begin in 2019 or 2020. Following Hungarian prime minister Viktor Orban’s visit to Moscow last July, they were counting on an October 2019 start.

Therefore, the ministry of Janos Suli started brainstorming about how to use the time more efficiently and speed up the works. According to people with knowledge about Suli’s thinking, he is motivated by his desire to start the expansion-related works while he is still in position. According to sources with knowledge about the ministry’s activities, hit staff suggested to start pre-works for the foundations of the blocks already before the Hungarian Atomic Energy Authority issues the installation permit for the new blocks. Those who have closer knowledge about the timeline of the project said that this modification had already been pushed for a long time by the Russians too.

The pre-works basically mean the formation of the working holes for the blocks. This may not sound as a complicated job but in reality it is quite a serious task. The foundations of a nuclear power plant must go much deeper than in the case of a residential housing, and they also require soil stabilization and prevention of groundwater inflow. In addition, a nuclear power plant does not consist of only one building, meaning several holes must be formed.

Discussions about the concept have already been ongoing, among others with the Hungarian Atomic Energy Authority, since the authority must also approve the formation of the working holes. Gyula Fichtinger, the director of the authority told Direkt36 that they have been contacted by Paks 2, the Hungarian state company in charge of the investment, and they also held a meeting with the Prime Minister’s Office’s representatives. The most substantial negotiations took place during last autumn, when potential problems and solutions were discussed.

According to the director, the Hungarian Atomic Energy Authority signaled that if the preparation works start earlier, it could only be examined whether the works pose any risk for the currently operating blocks. They are not in the position to evaluate whether these works would later match the new blocks, since they are not familiar with their plans yet. If it turns out that the foundations are not suitable, this will later require corrections that would be the responsibility of the Paks 2 Hungarian company that requests the permit. According to Fichtinger, this scenario is technically feasible but also carries financial risks.

The concrete text of the modification is not yet finalized so the director could not provide further details. It has not decided yet either whether the planned changes will require the modification of the law regulating the construction of the atomic power plant, or it will be sufficient to modify its implementing directives. According to Fichtinger, in both cases the change requires European Commission’s approval, which would have three months to provide an opinion.

Another source with knowledge about the concept also highlighted the related potential risks – not only economic but also technical. In the source’s view, if a future re-evaluation of the Paks plans requires a change, the already formed working holes could limit the maneuvering space of the Hungarian engineers. In an unfavorable situation, Rosatom could enforce a technical solution not wanted by the Hungarian side.

Rosatom announced two tenders related to the working holes last summer. Five companies applied for this 131-thousand-euro job. However, this February only three of them submitted bids – A-Hid Construction company co-owned by Endre Apathy, an influential player in the Hungarian construction field, the German-owned Bauer Hungary and the Italian Trevi.

Duna Aszfalt, the company of Laszlo Szijj, who maintains friendly business relations with Lorinc Meszaros, the billionaire childhood friend of PM Orban was originally also among the applicants. Duna Aszfalt did well in the reliability ranking prepared by Rosatom in October, reaching the maximum 100 points together with the consortium partner of A-Hid. Nevertheless, the company did not submit a bid in the end. We asked Duna Aszfalt about their decision but have received no answers.

For the moment, it is unclear how the tenders will proceed. In one of the tenders, all bidders submitted proposals exceeding the price ceiling, even though bidders were required to go below this maximum amount. In the second tender, the Italians submitted three bids, only one of them is below the maximum price.