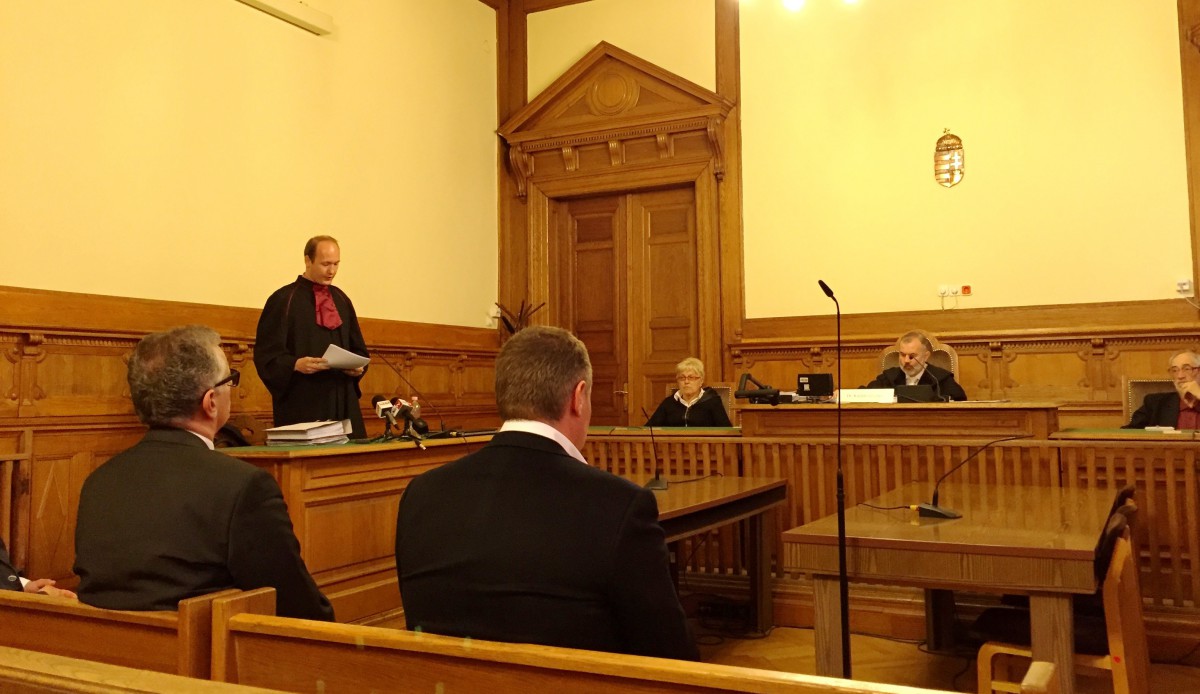 The Court of Budapest acquitted the defendants of a corruption case concerning the municipality of District 5, the Central district of Budapest. The court cited lack of evidence as the reason for its ruling. The prosecutor’s office has the possibility to appeal the decision.

“If the defendants were guilty, they would be guilty for what has been said in the indictment”, said judge György Kárpáti at the Court of Budapest in his final words after he acquitted the three defendants of a corruption case. The judge said that if we look at the evidence it is possible that the defendants might have committed what they have been accused of – bribery and misuse of office for example – however it could not be proven beyond reasonable doubt. “The court agrees with the prosecutor’s office that it is very important to prosecute corruption, but it is also important that nobody is convicted if his guilt cannot be established beyond reasonable doubt”, the judge added.

The prosecutor’s office appealed against the decision. János Borzován and the third defendant accepted the decision, while Laszlo Ronaszeki and his defence asked for three days to decide whether they appeal.

The prosecutor’s office claimed that Borzován and Rónaszéki committed crimes regarding two separate legal procedures. Direkt36 covered extensively the one that was revolving around obtaining a restaurant licence. According to the prosecutors, Borzován asked 1.5 million HUF (4800 euros) from a then co-owner of a place called Zizi Bar in return for arranging a license needed for longer opening hours.

According to the charges, a few days after the phone conversation with the restaurant owner, Borzován indeed spoke with Rónaszéki about the license application. Another couple of days later, a colleague of the restaurant owner took the money to the place previously agreed upon, a downtown hotel that, according to the prosecutors, belongs to Borzován’s business interests. The next day, the local government acknowledged the license application and registered the restaurant’s late-night opening hours.

The prosecutor’s case is based partly on secretly tapped phone conversations. Borzován claims, however, that the prosecutors misinterpreted what happened. He acknowledged that he got 1.5 million forints from the restaurant owner but he claims that this money was in return for a construction work he arranged for Zizi Bar. He added that no invoice was issued because they had an informal agreement with the restaurant owner and that is why the work is not included in neither company’s books.

Borzován acknowledged that he had known about the pending licence of Zizi Bar. He also admitted that he talked about it with Rónaszéki but he claimed that the money from the restaurant owner had nothing to do with it.

In a blow to the prosecutor’s case, the judge ruled that the tapped phone calls cannot be part of the evidence on this charge because of procedural irregularities.

The importance of Borzován’s image

The rest of the charges involve a real estate deal. Prosecutor Zoltán Andréka said that a company sold a property in District 5 in July 2012 but the new owner could not be registered in the land records as long as the municipality did not waive its right to buy the property. Due to the summer break, the municipality made this decision only in September but those involved in the real estate deal had to wait even longer. They needed an official copy of the resolution in order to proceed with the land records registration.

It was then that one of the intermediaries involved in the real estate deal contacted Borzován and, according to the charges, asked him to help them get the resolution. The prosecutor said that Borzován agreed to do this and turned to Rónaszéki. According to the charges, Borzován wanted to make sure that it would be clear for the intermediary that it was he who arranged the resolution’s issuance. The prosecutor said that this was important for Borzován because he wanted to cultivate the image that he is a person who can arrange official matters at the municipality.

According to the charges, Borzován asked 500 thousand HUF (1.600 euros) from the intermediary but he refused to pay. The resolution was eventually issued in the middle of October, a month after the decision was made.

Borzován claimed that he prosecutors’ charges are baseless in this case, too. He said that he was in contact with the intermediary, a real estate dealer, because he wanted to sell one of his properties. He acknowledged that he became familiar with the matter of the resolution. He also said that he discussed it with Rónaszéki but he did it only to selflessly help the real estate dealer.

“We spoke often and on various topics. I may have asked him about this too,” said Borzován, who was described by the prosecutor as someone with a wide network of contacts in District 5.