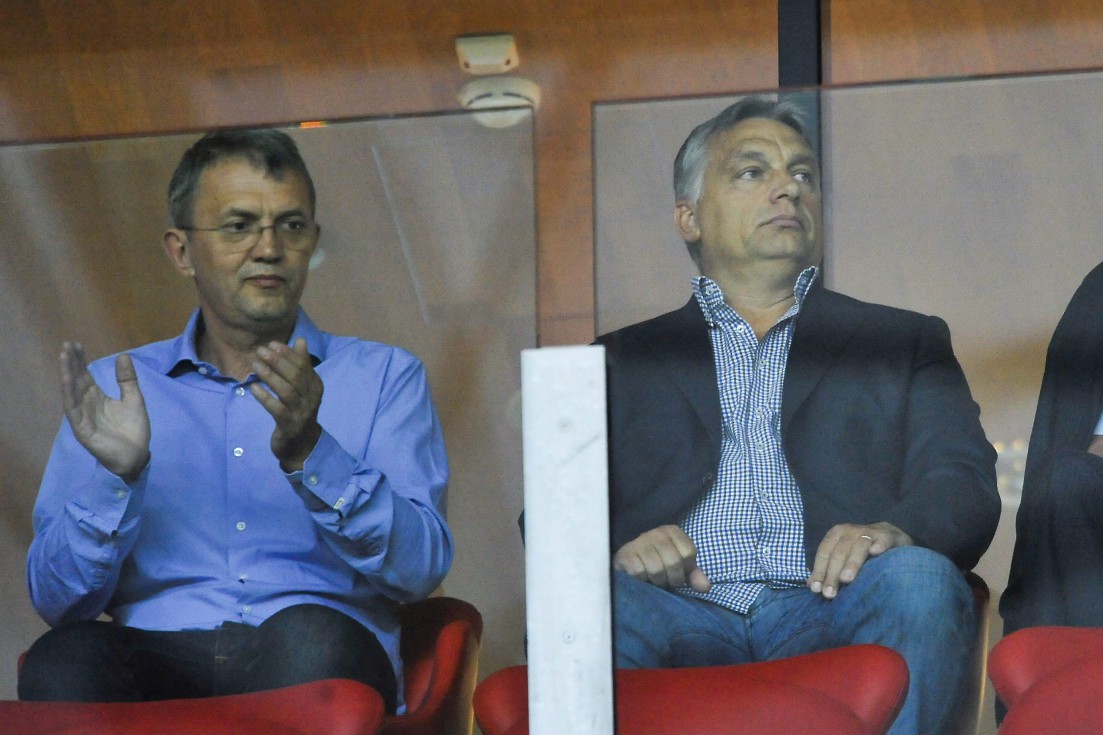 Besides the financial blunder, some additional aspects make this investment unique. The EU subsidy was provided by the company of István Garancsi, one of the most influential Hungarian businessmen and a friend of Prime Minister Viktor Orbán, through a controversial EU subsidy scheme known as Jeremie programme. The subsidy was given to the business interest of Sándor Scheer, another Hungarian billionaire.

Garancsi’s fund managment company had decided to support Scheer’s business a few months before they became business partners in a construction company. After they became partners, Garancsi’s company supported Scheer’s firm with an even larger amount despite the factory’s financial difficulties.

This is not the first time that controversies of the Jeremie programme are exposed. Direkt36 and Forbes recently revealed that Zsolt Hernádi, president and CEO of the Hungarian oil company Mol, financed his own relative’s business through the programme. The European Commission found such grave violations that it blocked the payments for months and imposed a fine of 4.3 billion forints (14 million euros). That article was based on leaked documents that contained details of businesses activities between Garancsi and Scheer.

Garancsi emphasized that he and Scheer were not business partners at the beginning of the investment, and claimed that his investment did not violate any rules. The factory manager blamed the ir troubles on the sharp decrease of crude oil prices, arguing that it directly affected their business model.

The European Union launched the Jeremie venture capital programme in Hungary in 2009. A subsidy totalling 130 billion forints (422 million euros) is allocated to fund managements companies operated by private investors who have to provide 30% of the investment. The fund managers must repay the subsidies within 10 years, but not to the EU, but to the Hungarian state. If the fund management company exits the start-up with a profit, most of the gain goes to the private investor. In case of significant loss, however, it has to share at least part of that, too.

Garancsi was selected in 2013, and his fund, Garangold received 3 billion (9.7 million euros) worth of EU subsidy to support start-ups. Garancsi and Scheer became business partners in November 2014 when Garancsi became the co-owner of a notable construction company, Market Építő Zrt. A few months before, Garangold had supported the waste processing factory belonging to Scheer with 285 million forints (0.9 million euros). A year after they became co-owners at Market, Garangold once again gave the factory 400 million forints (1.3 million euros). By supporting his business partner’s company, Garancsi did not violate any Jeremie rules.

According to the economic news outlet Napi.hu, Scheer is among the 100 richest people in Hungary thanks to his 7.3 billion forints (24 million euros) wealth. Market Építő, exclusively owned by him and Garancsi, has received several public contracts since Garancsi’s involvement in the company. In 2016, Market’s revenues have increased by 65 per cent. It constructed, for example, the Dagály Swimming Arena for more than 50 billion forints (15 million euros), which will host swimming contests during the FINA World Championship in 2017.

Money made of tire

The supported factory is operated by Scheer’s business interest, KGF Hungary and it is located in Bátonyterenye, a town in Northern Hungary. Based on the initial plans, the factory was aimed to manufacture oil and carbon black out of used car tires through pyrolysis. The investment was supported with an additional EU subsidy of 1 billion forints (3.2 million euros) and its construction cost with a subsidy of 2.4 billion forints (7.3 million euros).

Market Zrt, the construction company co-owned by Garancsi and Scheer, also played a role in the waste processing factory. A branch of KGF Hungary was registered at the headquarters of Market by October 2016 and its assemblies were regularly held at Market’s property. Garancsi claimed that during the investment the factory could not host an assembly, however, multiple assemblies were held at Market’s headquarter even after completing the construction of the factory.

According to the leaked documents, the factory was supposed to start its operation in 2014, but it was completed only in mid-2015. Although the factory expected an 800 million forint (2.6 million euro) revenue by the end of 2015 when it applied for the EU subsidy, it only achieved 2 million forints (6500 euros). Documents supporting Garangold’s decision from February 2016 show that the factory has difficulties with selling its products. In order to keep its losses low, the factory did not even produce. The manager of KGF Hungary, Zoltán Boldis explained to Direkt36 that the financial problems are rooted in the decline of crude oil prices. The pyrolysis oil is the rival of crude oil whose price has fallen from 100-110 USD per barrel to around 50 USD since 2014.

Despite the difficulties, in February 2016, Garancsi’s fund invested an additional 400 million forints (1.3 million euro) in Scheer’s business interest. KGF Hungary also received another EU subsidy worth of 364 million forints (1.2 million euro). The goal was to develop the factory’s technology based on these additional subsidies. The production still has not started as the freshly completed development is under testing.

In the meantime, István Garancsi gave up his fund management company, and it started to be directed by the fund of his business partner, Zsolt Hernádi, the CEO of the Hungarian oil company, Mol. As Forbes and Direkt36 recently revealed, Hernádi invested in a factory co-owned by Garancsi and Scheer and also located in Bátonyterenye. The company called TRP-Terenye Ltd. produces fuel materials from biological waste. Hernádi’s fund provided the almost 2-billion-value investment with 400 million forints (200 million as capital injection and 200 million as a loan) and it was supported by an additional EU subsidy worth of 933 million forints (3 million euros). The leaked documents show that TRP planed a 472 million forint (1.5 million euro) revenue when it applied for the Jeremie fund, however, it generated zero revenue that year and suffered a 146 million forint (0.5 million euro) loss.

Blackholes of EU funds
More in this project 
Direkt36.hu uses cookies, by clicking ‘Got it’ you accept this procedure.
If you need more information on cookies we use, how you can delete or block them, please, see our Privacy Policy.
Got it
