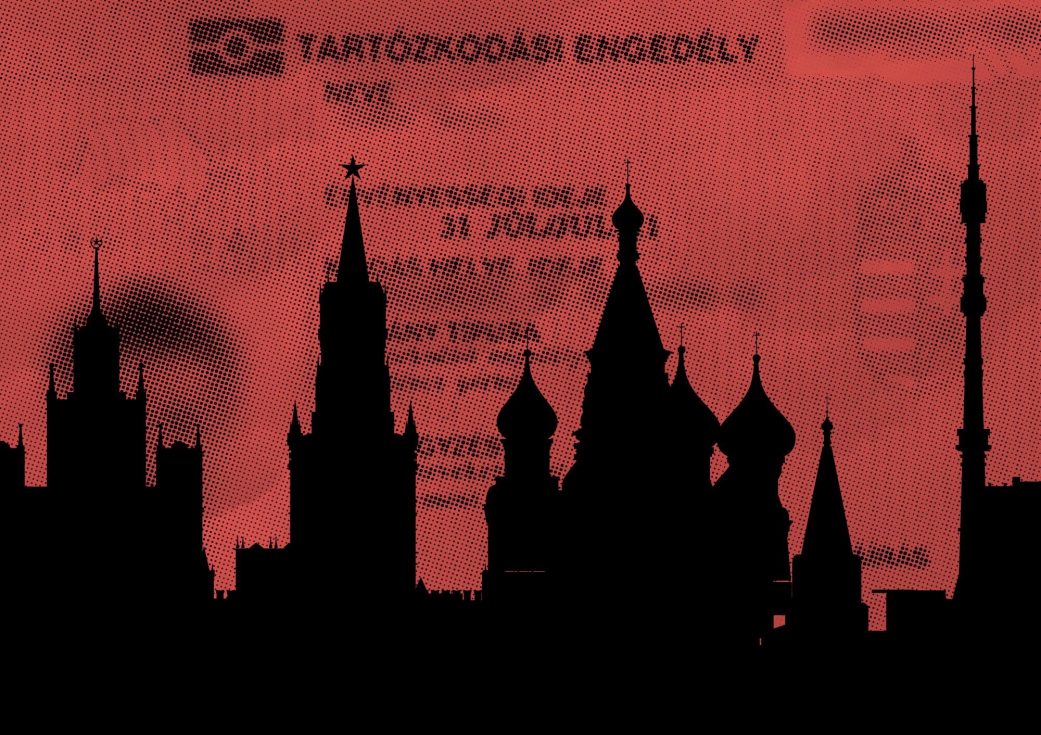 We published our first article last March about those foreigners who, in spite of potentially posing serious security risks for Hungary and the European Union, were granted residency through a controversial residency bond scheme run by the Hungarian government. We worked on the project – which grew into a series of articles during last year – together with Hungary’s 444.hu and Russia’s Novaya Gazeta. Our colleague, Blanka Zöldi recalls the most exciting moments of the investigation:

On a cold morning in mid-March 2018, Gergő Sáling and me we were standing in front of the gate of one of the biggest houses of a silent, suburban neighborhood in Budapest. For some seconds, I was just gathering my strength to ring the bell and ask – with as little trembling in my voice as possible – the person who might come to the gate:

“We understand that, a couple of months ago, an alleged member of an international crime group was taken away from this house by Hungary’s Counter Terrorism Center. Do you happen to know whether this man had bought Hungarian Golden Visa?”

This was one of the last scenes of an investigation that had started rather unexpectedly two months previously in Direkt36’s office – more precisely, at our post box.

We receive letters to our mailbox relatively often, sometimes handwritten messages that tell a specific story. At the end of January, however, an envelope arrived from an anonymous sender which contained data: names of people and other information. The sender claimed that the letter contains the names of people who participated in Hungary’s residency bond program.

By that time, I had already written some articles about one of the most controversial programs of Hungary’s governing Fidesz party, the residency bond program. Similar to the so-called Golden Visa programs of other countries, Hungary’s residency bond scheme offered residency to third country nationals in exchange of money. While the program was a loss for the state, it became a lucrative business for a handful of offshore companies linked to Hungary’s political elite. However, until that time, one of the most important questions regarding this program had not been answered neither by me, nor by other journalists: who are those nearly 20 thousand foreigners that bought Hungarian papers amidst the fierce anti-immigrant campaign run by the country’s government?

I hoped that the letter we received would help us to get closer to answering this question. The sender also notified us that he had sent the same information to the news site 444.hu. As 444 is our partner – usually they are the first ones to publish our articles – we contacted them and started to pool our resources to investigate the data.

Direkt36 and 444 took a number of steps to verify the accuracy of the data. We could identify several of the people by matching their personal details (like date of birth) with public records. We also managed to track down their connections to Hungary through their business activities or simply through social media postings. Also, months before the arrival of the envelopes, a source provided us with names of a group of residency bond buyers. These names matched several of those contained in the new data. In addition to this, a source familiar with the background checks that the Hungarian authorities conduct on immigrants also confirmed that several people listed in the envelopes indeed received Hungarian residency papers.

Meanwhile, we had weekly meetings with our 444 colleagues. In addition to the three authors of the story (Peti Erdélyi, Gergő Sáling and me), Zsófi Mészáros, editor of 444 and András Pethő, editor and journalist of Direkt36 also participated in these meetings. We also involved our lawyers from the onset of the investigation, and we talked a lot about how to proceed with the data once we would manage to ascertain its authenticity. We decided to reveal the names of buyers only in those cases where the disclosure would serve the public interest.

In our first story, we identified two people. One of them is a Syrian businessman named Atiya Khoury, who was put on a sanction list by the United States’ Treasury Department for assisting Syrian president Bashar al-Assad’s regime in 2016. In the case of Khoury, we did not find any companies or real estate that would connect him to Hungary. But when we looked for the children of Khoury – who, according to our information, also participated in the residency bond program – we found the Instagram profile of his 18-year-old son, who posted a picture of himself taken in Esztergom, a Hungarian city.

The other person identified in our article was another Syrian citizen, Salmo Bazkka, now suspected by the Italian authorities of being a member of an international money laundering network. In the case of Bazkka, we found more traces that connect him to Hungary: since the 90s, he has owned several companies and real estate in the country. What is more, he had been very active on social media before his arrest in November 2017. He had many Facebook photos of himself and his family, mainly taken at family celebrations and big dinners – so I managed to get familiar with the names and faces of the whole Bazkka family during the course of our investigation.

This proved to be very helpful when we were ringing the bell at the house of the Bazkka family. A young man came to the gate, who asked us in Hungarian, with just a little accent in his voice, whom we were looking for.

When we asked about Salmo Bazkka, he said he didn’t know him. However, I remembered the young man’s face from the Facebook photos, and following a brief, uncomfortable silence, I asked him carefully: “I’m sorry, but as far as we know, Salmo Bazkka is your father. Isn’t that the case?”

After this question, the man started to talk, and he told us in detail how the Counter Terrorism Centre turned up at their house in the middle of the night a couple of months previously to take Salmo Bazkka away. When we asked him whether Bazkka had bought a residency bond, he answered: “Yes, he purchased it, we are not migrants.”

This was an important confirmation for us. Of course, we also contacted all relevant government bodies, but nobody answered.

Our article about the Syrian Golden Visa holders got to be quite big, it was picked up by many Hungarian and international new outlets. The Hungarian government, which, at that time, was preparing for the country’s parliamentary elections, called our article a “cock and bull story of the campaign”. While the government confirmed that Khoury had received a residence permit through the residency bond scheme, it claimed that Bazkka had obtained Hungarian papers before the launch of the program through a normal application procedure.

So, we keep digging out more details about the case of Bazkka, and also about other Golden Visa investors.