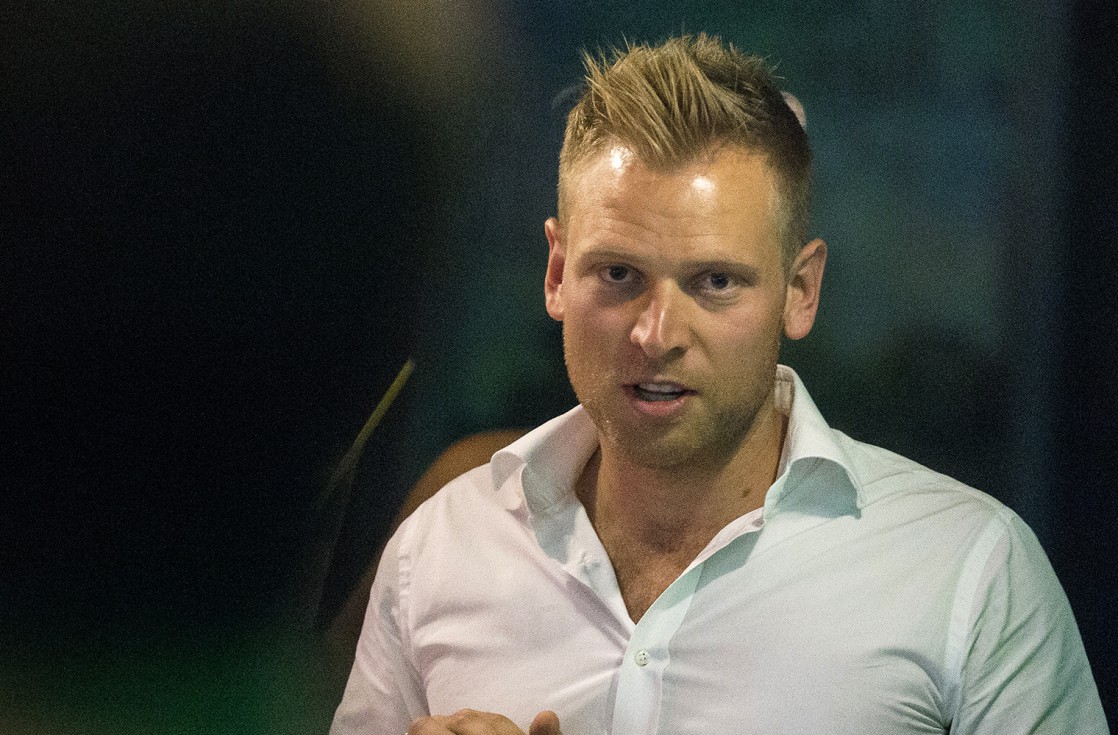 Over the past year, Direkt36 has published several stories about the controversial business activities of the son-in-law of Hungary’s prime minister. We revealed that his company got so many contracts without competition because the tenders were tailored for his firm. We also exposed how the company sold some of its products to municipalities at an extraordinarily high price. The stories triggered a criminal investigation and were shortlisted for the European Press Prize. Anita Vorák, the reporter on the story, tells the backstory of the investigation:

After a year full of news stories about István Tiborcz’s successful business career, it’s hard to imagine how it had been before the son-in-law of the Hungarian prime minister became one of the most well-known businessmen in the country.

Some articles had been published about his company, Elios, before – one of the first ones was written by my colleague, András Pethő – but most people knew him only from wedding pictures. Tiborcz and Ráhel Orbán had a widely publicized wedding and that was when the general public got acquainted with the name of this young businessman. But I and my editors were not interested in his family life, we wanted to know more about his business activity and whether his success had anything to do with public money from the Hungarian state or the European Union.

I started to gather information on his companies from registry court documents in November 2014. But then Ráhel Orbán published her now famous Facebook post in December about how she and her husband fend for themselves without any help, I was looking at public tenders won by Tiborcz’s company. At the time, Ráhel was attending a very expensive private university in Switzerland. After her statement, journalists started to be more interested in Tiborcz and how the young couple pays for the 54 thousand euros tuition fee.

This was a problem for us. Direkt36 was not even launched yet, and we had to focus our energies on fundraising and finding a story that could be finished by the official launch date. During this time multiple articles were published Elios’s success in the public lighting modernization business. Átlátszó, another non-profit journalism center, discovered that his business partner was preparing the tenders Tiborcz’s company later won.

Nevertheless, there were still a lot of questions to answer. How could Elios win tender after tender? Why weren’t there any competitors in most of the tender? Was it advantageous for Elios that their business partner was preparing the tender?

I knew I needed to find someone who is an expert of public lighting and LED-lamps and could give me a clue about where to look for the answers. I started to call experts randomly. Most of them didn’t want to talk to me, and some of them were downright outraged when I asked my questions. But then I received an e-mail from an expert who offered to meet in person.

We agreed to meet in a rural town. My source told me to call him once I arrived in the town and promised that he would let me know where to meet him. I called him at the agreed time but he didn’t pick up the phone. I was freezing and didn’t know what to do so I just kept calling him. When he finally called back he apologized and said he had an unexpectedly long meeting. He told me to wait some more. The cold was bone-deep, and a bird decided to drop a load on my iPad. If I were superstitious I could take it as a good sign but I have lost all my hope by then.

Finally, a car pulled over. I got in and we drove to the industrial area in the outskirts of the town. In the first 15 minutes the conversation felt more like an interrogation than anything else as I had to answer dozens of cross-examining questions. Later my source revealed that he wanted to make sure I was not sent from Elios. After he decided I was trustworthy he started to tell stories about the lighting modernization business. The stories sounded like a plot from a movie and I knew that even if they were true I would never find enough evidence to write about them. I almost gave up and went home but before decided to ask my questions once again and this time my source gave useful and verifiable answers.

After this meeting I knew where to look for information. The source told me to look at the conditions for applying to the lighting modernization tenders, because they were designed to match Elios, and only Elios. That’s why they hardly had any competition. The following investigation was a lot less adventurous but still very exciting. I was reading through documents for weeks, searching for small details and creating spreadsheets to compare those small details.

The data gathered from public tender calls clearly showed the pattern: the most important condition for the application was to have extensive references. Only Elios had this kind of references, because a few months after the company was launched they won on one public tender for a huge lighting project. At that time, they didn’t have any reference works but they still beat experienced competitors. I contacted lighting and LED-lamp companies who could have run on the tenders but didn’t even apply. Those who talked to me confirmed what the data already showed: they didn’t run on the tenders because they didn’t meet the conditions.

The first article was published within weeks from the meeting with my most important source, but I still had to figure out what role Tiborcz’s business partner played in the success of Elios. Endre Hamar’s company was responsible for the preparation of the tenders in almost every town where Elios won. It was also not clear whether the tenders excluding competitors were advantageous for the local governments as well. As the lighting modernization was almost exclusively funded from EU funds, the local MPs didn’t have to be concerned about the budget when they decided on the tender winners.

After the first article was published, I received a lot of helpful messages from experts who refused to talk to me before. They told me which documents and information to ask from  local authorities. I wrote dozens of public information requests and asked for complete LED-lamp tender documentations from almost every town where public lighting was modernized in the past few years. It took weeks and a lot of initial refusals to obtain useful documents, but it worth the wait. Keszthely, a town in Southwestern Hungary, for example even sent me the detailed price offer written by Elios. This document became the cornerstone of the article on the price of lamp modernization.

As more and more detailed public lighting blueprints and specifications arrived to my inbox, I realized I will have to learn way more about LED-lamps than I ever wanted to. I was studying technical texts and lamp specifications to understand the tender calls and the technical documentations the towns sent me. I wish I took pictures of my editors faces when I answered their questions by citing LED-numbers, lumen values and color temperatures. Usually, they briefly asked me not to use these details in the article. I was very proud when the technical manager of a LED-lamp company asked me if had an engineering degree, after I asked him some very technical questions.

Most of these technicalities were of course left out from the article as nobody would really want to read a comparative analysis of LED-lamps (I managed to sneak in some of the details to the data visualization), but it was really useful to dig so deep into the science behind the lamps: I could determine if two lamps with different prices were actually the same and thus tell if Elios overpriced the offer.

The articles had serious consequences. EU and Hungarian authorities are investigating the matter, and Tiborcz sold his shares in Elios. Nevertheless, we keep an eye on what he is doing.