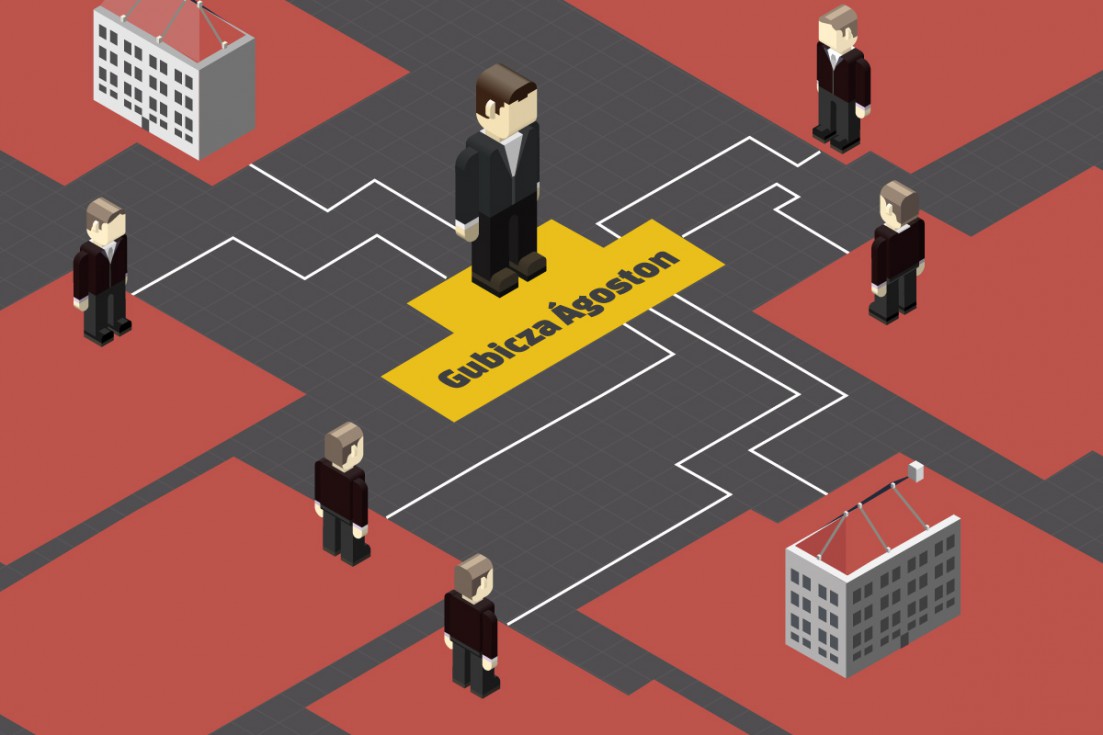 Fabók Bálint, Szabó András 2017.07.06.
Have a good story? Contact us!
In collaboration with

Direkt36 has revealed further details about the businesses of Ágoston Gubicza, who has had close contacts within the government for years. Our article – published in full in the Hungarian edition of Forbes – sheds light on the controversial ways Gubicza distributed funds though an EU scheme known as the Jeremie programme.

His company also won a 16-billion-forint (52-million-euro) investment tender of the state-owned export-import bank (Eximbank). Our investigation showed that Gubicza had negotiated with the bank’s leadership even before the call for tender was issued.

Gubicza had found his way to the highest levels of power even during the first Fidesz-government between 1998 and 2002. He had worked for MP László Nógrádi, who later served as minister of transportation. Gubicza also started to do business with one of the daughters of the minister.

Later he continued to have businesses connected to the state. Additionally, in his private life he came into direct contact with Antal Rogán – one of the closest allies of Prime Minister Viktor Orbán – as he married Rogán’s first wife and became the stepfather of the politician’s first son. Several former business partners of Gubicza told Direkt36 that the businessman regularly refers to his connection to the Rogán, who is currently serving as minister for government communication. He remarked, for example, that “we are going to Rogán’s, and I will discuss it with him,” or “we were drinking wine at Rogán’s last weekend”.

People who know Gubicza described him as an arrogant person who likes to boast about his connections.

Some of Gubicza’s businesses failed but in 2014, he got involved in an EU subsidy scheme known as Jeremie programme and this proved to be a breakthrough for him. The aim of the programme is to offer investment for innovative start-ups, but leaked documents analyzed by Direkt36 exposed several anomalies of the scheme. For example, the Jeremie funds managed by Gubicza invested several times in the business interests of people connected to to the funds.

Gubicza’s fund management company, GB & Partners invested 750 million forints (2.4 million euros) in Sectum Security Ltd, a security service company owned by the lawyer of Gubicza. Even though the Jeremie programme’s aim is to support innovative businesses, Sectum had planned that it would win public tenders in the not very innovative fields of cleaning services and real estate management.  The company later won tenders of the Hungarian State Treasury and of the capital’s government office, and it also worked with the real estate management company of the Defence Ministry.

GB & Partners also invested in firms exclusively owned by the fund itself, meaning that there was no entrepreneur to support. Although this is not against the rules of the programme, but this structure is considered unusual in the world of venture capital investments. With regards to this method, the Hungarian Development Bank – which oversees the Jeremie programme – raised concerns.

Gubicza also supported with several millions of forints one of the firms of Ivan Mestrovic, the Croatian business partner of Lőrinc Mészáros, a friend of Viktor Orbán.

The investment period of the Jeremie programme was closed in May 2016, but Gubicza’s company won a tender for a similar capital program of state-owned Eximbank at the end of 2015. Thus, GB & Partners has become the manager of the two funds worth 16 billion forints in total (52 million euros).  Articles about the tender suggested that the success of Gubicza’s company was predetermined, and this was confirmed to Direkt36 by two sources familiar with the operation of Eximbank.

One of them said that Gubicza visited Eximbank several times during the Autumn of 2015, and he participated in meetings that dealt with the preparation of the tender. One of these meetings took place in September 2015, and was attended, among others, by Gubicza and András Puskás, the deputy CEO of the bank. Earlier, Puskás was the deputy mayor of Antal Rogán in the 5th district of Budapest. Puskás and Gubicza seemed to know each other, „their relation was personal, they had a warm conversation,” Direkt36’s source said. Later, Puskás continued to “deeply care” about the fate of the tender, his cabinet regularly inquired about is, although organisationally the tender did not concern them.

GB & Partners confirmed to Direkt36 that Gubicza indeed visited the state bank and he negotiated with Puskás, but claimed that the discussion was about another project. Eximbank did not respond to specific questions. They issued a brief statement, claiming that in all cases they acted in line with the law and with the regulations of the bank.

For the Hungarian company data we used the services of Opten

Blackholes of EU funds
More in this project 
Direkt36.hu uses cookies, by clicking ‘Got it’ you accept this procedure.
If you need more information on cookies we use, how you can delete or block them, please, see our Privacy Policy.
Got it