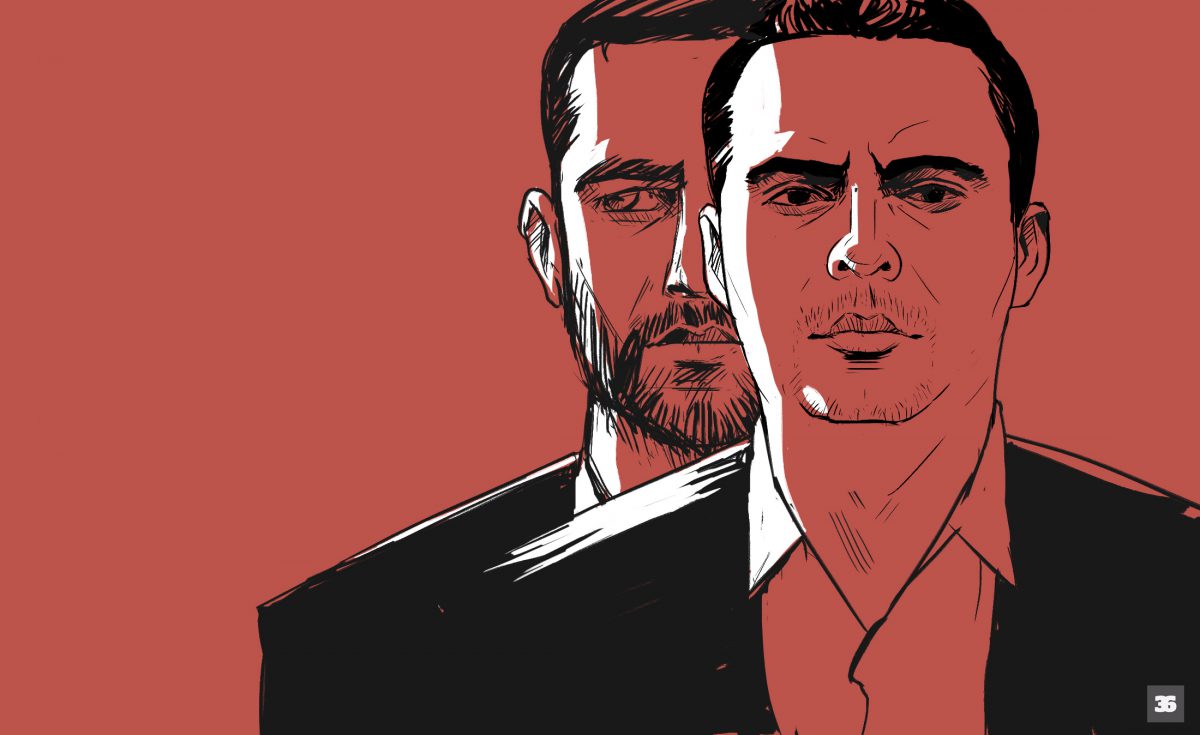 Our series on Jobbik, Hungary’s radical rightwing party, has been reported and written by Bálint Fabók. He explains how he got to write about this topic and what methods he used:

Recalling the time of doing my investigative report on Richárd Forrai, I envision myself mostly scrutinizing an Excel table in our characterless office. If I think more, I see myself sitting in front of a computer screen in the characterless building of a company registry.

What makes my memories a bit colorful is to recall my time in shopping malls. Namely, meeting sources in a mall was among the most exciting activities during my reporting. It’s because most sources affiliated with Jobbik somehow happened to want to meet in shopping malls. I didn’t mind this at all, at least I was able to return to my favorite childhood shopping mall after 15 years.

I also enjoyed these meetings because finally I could do something different than staring at my computer screen and collecting data about Richárd Forrai.

I noticed him first when I covered Jobbik’s parliamentary elections campaign in 2014. His name appeared multiple times as an owner of companies close to Jobbik. One of these was Iránytű Intézet, a think tank funded and headed by Forrai, and another Magyar Hírek Ltd., publisher of the Jobbik-leaning weekly Barikád. Other than these plain facts, however, hardly any relevant information could have been found about him.

Although I didn’t have the chance to investigate the role of Forrai at the time, I got the opportunity to do this when I started to work at Direkt36. My initial research suggested that Forrai plays a major role in developing Jobbik. By scrutinizing companies associated with him, I found that many of them received contracts from Jobbik. Moreover, there are other people close to him whose companies were contracted by Jobbik. After collecting data, I started to arrange background talks with people affiliated with Jobbik. As always, there were many people who refused to talk. Frustratingly enough, there were some others who changed their mind and cancelled our meeting after initially agreeing to it.

I contacted Richárd Forrai through a short email. Finally we met in a Costa Coffee on a shiny but chilly morning.  He was wearing a pink shirt and a slim fit suit. He handed me his wallet only a minute after shaking hands, asking to keep it while our photographer made some pictures of him. In contrast with how the mainstream media depicted average Jobbik members, Forrai was kind, was smiling a lot and seemed to be open-minded.

We had a two-hour-long conversation, which he started by saying that we probably much more in common than we think. I reassured him that whether this is true or not, you will get the same fair treatment as any other politician.