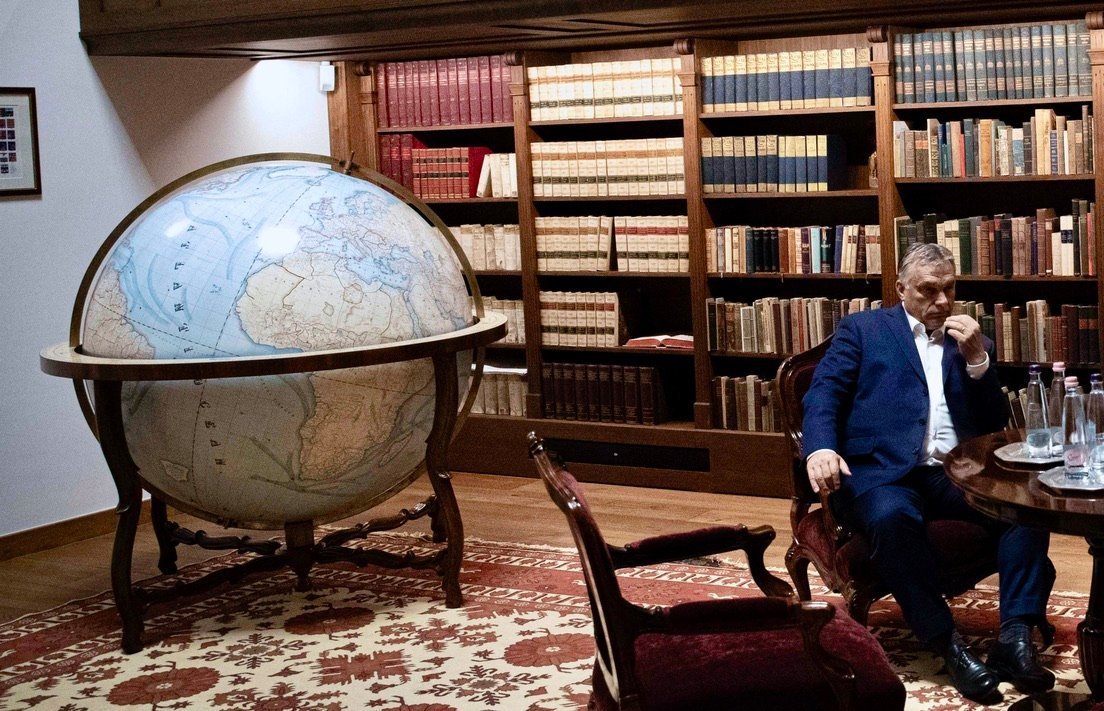 Zöldi Blanka, Szabó András 2019.12.16. 4 Comments
Have a good story? Contact us!
In collaboration with

During the 2014 election campaign in Serbia, a notorious criminal of Kosovo took a selfie:

The photo was taken in the office of a Serbian media agency, Invictus Media. At that time, the company worked on the electoral campaign of Vučić’s party, the Serbian Progressive Party (SNS). The campaign ended with the victory of SNS. Vučić has been in power ever since and has become one of Viktor Orbán’s most important allies in the Balkans.

After the SNS victory, Invictus was not left without a job. In addition to Serbian public contracts, the company also received important Hungarian assignments: it operated the Hungarian trading houses in Serbia between 2016 and 2017, and this autumn, the company won a new tender for a similar job.

The Hungarian government launched its so-called trading house network in 2012, with the aim of promoting export activities of Hungarian SMEs. Private companies were entrusted with public funds to operate trading houses in various parts of the world. The system, however, was tainted by many scandals and serious financial losses. Last summer, the government decided to restructure the system, replacing the former trading houses with a fewer number of partner offices for export promotion, which would cover larger regions.

In spite of the government’s dissatisfaction with the previous system, the new tender for the Balkan region was once again won by the same companies with good political connections, which had also operated the trading houses under the old system. In addition, these companies will now have more money to spend: while previously they had received a total of 4.2 million forints (12.7 thousand euros) per month to run the offices, the total amount now has increased to 12.6 million forints (38.3 thousand euros).

Besides the Serbian Invictus, the Montenegrin Comp Comerc will also receive Hungarian public money. The company is owned and operated by an official of the Democratic Party of Socialists, the governing party led by the Montenegrin president, who maintains good relations with the Hungarian PM. Another member of the winning consortium was Northern Macedonia’s Eko Club, which is co-owned by the Honorary Consul of Hungary in Macedonia.

Neither the winning companies, nor the Hungary’s Ministry of Foreign Affairs responded our questions about the new tender.

Trading houses were opened in Belgrade, Novi Sad, Subotica, Podgorica and Skopje. Their tasks included liaising with embassies and diplomats and monitoring local tenders. The trade manager of the trading house also had to attend the “major business conferences, bilateral meetings and business fora”. The trading houses had to submit monthly reports about their activities. However, these are not publicly available.

According to the announcement published on 29th November, even after the revamp of the system, the same companies will be contracted, now for a total of 12.6 million forints (38,2 thousand euros) a month.

Ties to the state

All the winning companies have good political connections. Founded in 2012, Serbian Invictus was co-owned for several years by Ognjen Oliverić, who is currently heading a Serbian state-owned arms company’s subsidiary. Oliverić was also a member of the board of the Crvena zvezda (Red Star) a basketball team in 2014 – at the same time when Vučić’s brother held the same position.

Oliverić left Invictus in October 2018 and the company’s former manager, Nemanja Milutinović became the sole owner. Milutinović had previously served as the head of the Hungarian trading house in Belgrade. This July, he was also appointed as the honorary consul of Hungary in Belgrade.

According to the Serbian Anti-Corruption Agency, Invictus received 7.3 million dinars (5.5 thousand euros) from SNS, which the party failed to disclose in its reports. In recent years, Invictus has received various public contracts in Serbia and it has also created a website for the city of Belgrade.

Eko Club, which will operate the office in North Macedonia, has also performed well at local public procurements. Over the past ten years, it has won three hundred tenders in North Macedonia, also during the period when the country’s prime minister was Nikola Gruevski, Viktor Orbán’s ally who was later granted refugee status in Hungary. According Eko Club’s website, the company has been operating since 1990, offering various communal services including waste collection, sewer cleaning, hospital waste management, cleaning of mobile toilets and maintenance of public lighting.

The company’s majority owner is Saso Janakievski, who has been honorary consul of Hungary accredited to Bitola, Macedonia since 2012. Later, he also became the head of the Hungarian trading house in Skopje. Janakievski also featured in PR video of the trading house, displaying a portrait of Viktor Orbán in the background. 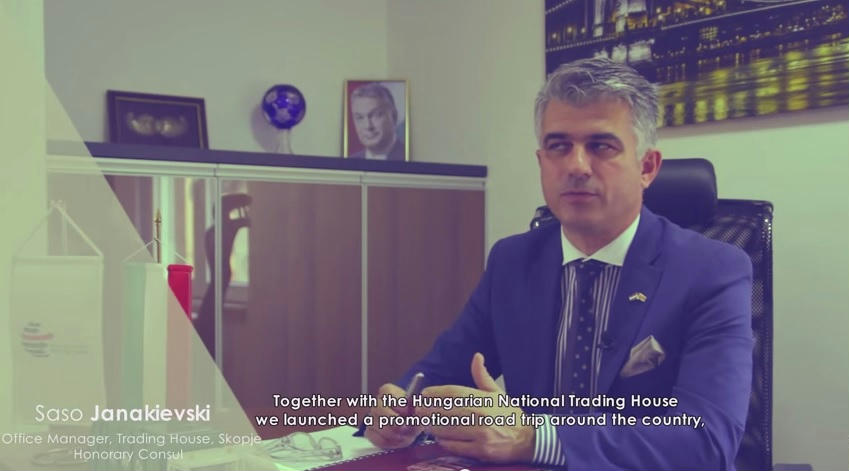 The Montenegrin winner has direct political affiliation: the manager and co-owner of Comp Comerc, Ranko Jovović, is an official of the Democratic Party of Socialists, the governing party of Montenegro. This party is led by Viktor Orbán’s longtime ally, Milo Djukanović, who has been in power in the country for many years.

Comp Comerc also received some public contracts. The Montenegrin opposition, however, claimed that Jovović violated the law by donating 1000 euros to the governing party in 2016, although he received government orders during and after that period. According to Montenegrin law, those entities that win public contracts cannot donate to political parties. The prohibition applies not only for the duration of the contract but also for the two years preceding and following it.

Let’s be important players on the Balkans

In early November, the Hungarian government also announced that a 2.8-billion-forint (8,5-million-euro) program has been launched to support Hungarian businesses’ activities in the Western Balkans. Within this framework, Hungarian companies may apply for grants for investments in Serbia, Montenegro and Bosnia and Herzegovina.

Besides strengthening economic relations, the Hungarian government has also become politically active in the Balkans. Viktor Orbán has developed a close relationship with like-minded, populist and anti-migration politicians. According to a source close to the government, Orbán’s goal is to make “Hungary an important player in the Balkans.” He wants to reach the point where candidate countries for EU accession do not only negotiate with Vienna, Berlin and Paris, but also consider Budapest as an essential partner. According to the source, this is was one of the reasons why it was important for the government that Hungary received the enlargement portfolio in the new European Commission.

Besides the Balkans, the trading house system also continues to operate in other regions. As Direkt36 previously reported, a network covering Turkey, Cyprus and Greece will be operated by the company of Adnan Polat, a Turkish friend Viktor Orbán. In November Polat’s fee was even increased from 70 million forints (212,3 thousand euros) per month to 76.93 million forints (233,4 thousand euros). In China, trading houses will be operated by an acquaintance of an opposition MP, Lajos Oláh, although his party had repeatedly criticized the system.