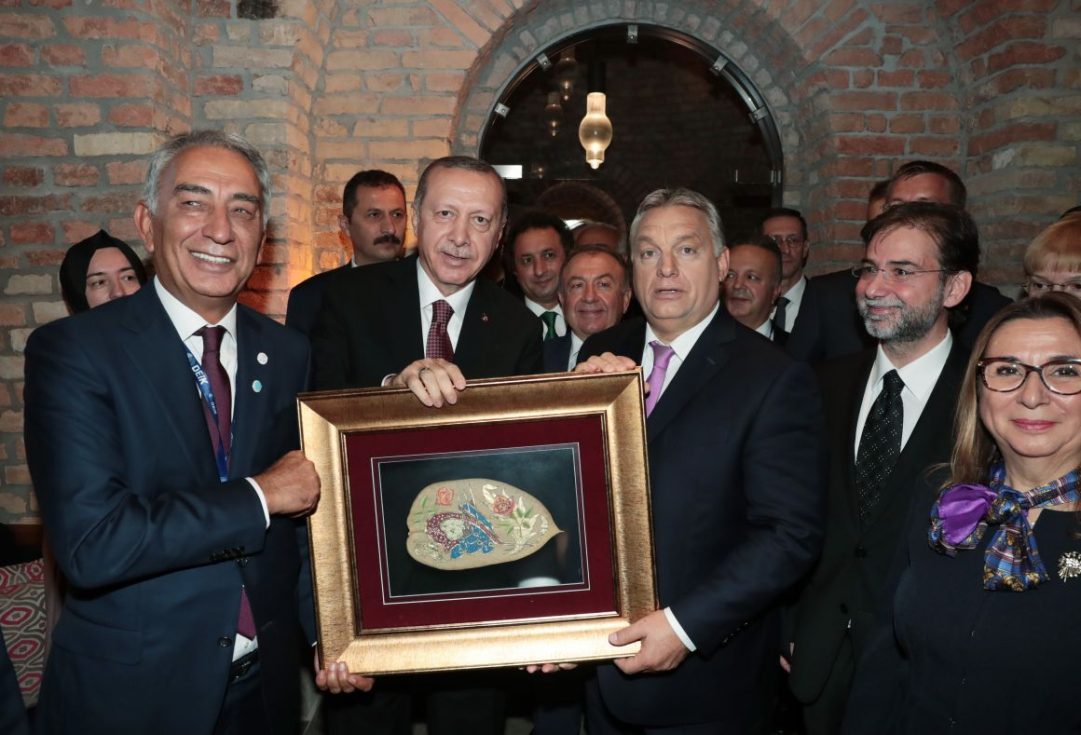 One of the most spectacular elements of the Orban-government’s foreign policy after 2010 has been the Eastern opening. The essence of this approach is that the government is turning to Asian countries – that have been boosting world economic growth in previous years – and to other previously neglected markets in order to build new economic connections.

An important tool to establish these connections was the trading house system. Set up across the world, the task of trading houses was to promote export activities of Hungarian companies. However, last summer the government decided to close down the network, which had created a loss of millions of euros and was tainted in several scandals. It canceled the contracts with companies operating the trading houses and found another way to support Hungarian export through a new network.

The government canceled dozens of contracts. There was one exception: the contract signed with the company of Turkish businessman Adnan Polat remained in effect. Polat maintains good relations with PM Viktor Orban. The Prime Minister gave him a personal tour in the Felcsut football stadium and Polat was also present at the oath-taking ceremony of Orban in the Parliament. Polat is also involved in a business where the company of Istvan Tiborcz, the son-in-law of Orban also appeared in the past.

The Hungarian Ministry of Foreign Affairs and Trade confirmed to Direkt36 that Polat’s contract is still in effect. It has so far not responded to the question whether this is the only contract that has remained effective. Neither Polat’s company nor the Hungarian Export Promotion Agency (HEPA), the successor of the Hungarian National Trading House, responded to our questions.

Closed in dozens of countries but Orban’s friend survived

The operation of trading houses was tainted by many scandals and serious financial losses. According to information by Hungarian online news site 444.hu, the network was lossmaking from the beginnings and cost much more than the profit it managed to create. The government defended the trading houses by saying that while the cost of export promotion was their burden, income flew to Hungarian companies, thus the National Trading House contributed to the export successes.

This decision canceled dozens of contracts – that had previously been selected through public tenders covering various countries – except for three: those of companies operating a trading house in Africa, in western Canada, and in Turkey. The first two companies told Direkt36 that their contracts had already been ceased previously, therefore they were not included in the last summer’s decision.

However, the third company has a still effective contract with HEPA. This is the ALX Hungarian-Turkish Trade Center Ltd., owned by Turkish businessman Adnan Polat. The company operates the Turkish trading house for 223 thousand euros monthly.

The Ministry of Foreign Affairs and Trade confirmed this information to Direkt36 and wrote that it canceled the contracts of foreign trading houses but “the previously signed contract with the Turkish partner office – the ALX Hungarian-Turkish Trade Center – is in effect.”

The Hungarian National Trading House signed a contract with Polat and later with his Hungarian company in February 2015. According to public information, in the year of the opening of the trading house, Polat’s company received 3.39-million-euro financial support from the state for the launch of the representation office. Based on publicly available information, this has been one of the biggest amounts received by partners from the state company for setting up trading houses.

Who is Adnan Polat?

Turkish businessman Adnan Polat, who has been investing in energy and real estate projects in Hungary, has close relations with PM Viktor Orban. In 2017, Hungarian tabloid Bors published several photos of the PM giving the businessman a personal tour around the Felcsut football stadium. Polat was also present at Orban’s 2018 oath-taking ceremony in the Parliament, watched a football match with the PM, and he was also the member of Orban’s recent delegation to China.

Polat has also had personal and business relations with several family members of Orban. Hungarian weekly Magyar Narancs photographed him at a terrace of a Budapest hotel while talking to Rahel Orban, the PM’s daughter. In the past, Polat owned two companies together with BDPST, the company of Istvan Tiborcz, the son-in-law of the PM. And in September 2016, media reported that the Turkish trading house in Izmir operated by Polat was headed by the nephew of Aniko Levai, PM Orban’s wife.

The government is continuing with the formation of its new export promotion network. In the fall, it found partners to run the Chinese and Japanese offices. The Tokyo-based GaryuTrading will be covering Japan and South-Eastern Asia, while the Chinese-owned Europa Azsia Ltd. – which also has other businesses in Hungary – will be in charge of China, Malaysia, Singapore, and Indonesia. Public tenders for the operation of the Russian and Balkans regional offices have so far been unsuccessful.

At is January general assembly, HEPA removed from his position the director Gabor Kun, the futsal team player of foreign minister Peter Szijjarto. HEPA justified this removal by saying that his position ceased due to the restructuring of the company. The press department of the Ministry of Foreign Affairs and Trade stated about the departure of Kun that HEPA’s activities are based on a ”new organizational and operational structure”, which does not include a directorial position. However, according to the Direkt36 information, Szijjarto expressed his resentment to HEPA leadership because of the removal of Kun. We asked the Ministry of Foreign Affairs and HEPA for a comment but have not received any response.