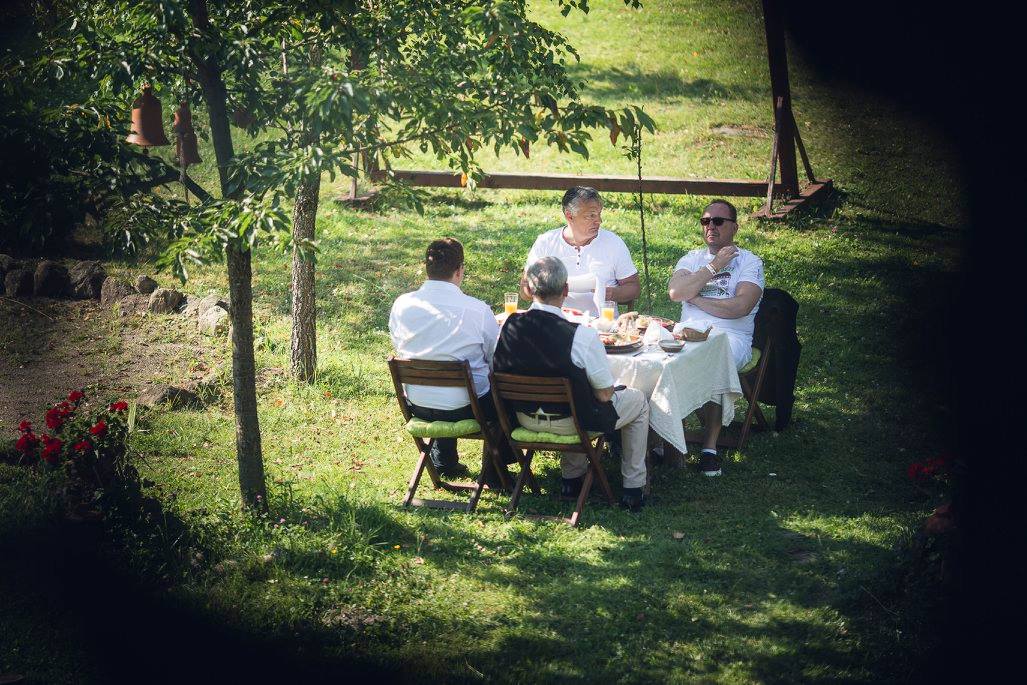 “I have nothing to hide here. I have bought lands from the gentleman in question and I have bought a lot of lands from others too. When I say a lot I mean that within 52 hectares.” This was said by Viktor Orbán, currently the Prime Minister of Hungary, even though according to his wealth declarations he has never had lands. Not a single hectare let alone 52.

Orbán talked about the lands in 2005, before a special parliamentary committee investigating his and his family’s wealth. The committee looked into some of 52 hectares that Orbán spoke of as his own property, even though, officially, it was his wife, Anikó Lévai, who owned them.

According to his wealth declarations, Viktor Orbán has almost no possessions. ”I am not a wealthy man, I never was and I never will be one,” he said this spring in the Hungarian Parliament. His wealth declarations show one of the main weaknesses of the system: if a politician wants to demonstrate that he is not rich, he can just hide his valuable assets simply under the name of a family member, as their wealth declarations are not public. Orbán is not the only politician whose case shows the shortcomings of the system. Former PM Ferenc Gyurcsány and János Lázár, head of the Prime Minister’s Office also encountered controversies over the assets of their family members.

Orbán shares everything with his wife

The purpose of the wealth declaration system is to hold the politicians and other state officials accountable. The whole picture is hidden, however, without the possibility to examine the assets of the office holders’ family members. Even though the close relatives are also obliged to file wealth declarations too, those documents are not public.

Politicians of course can always decide to publish the declarations of their family members. Orbán also did this when he was in opposition between 2002 and 2010. The documents made it clear that Orbán’s wife acquired considerable extent of real estate properties in the last 20 years. She listed 38 properties in her last published wealth declaration in 2010. More than half of the lands are around Felcsút, a village where Orbán grew up.
Anikó Lévai accumulated this wealth even though she has not had any notable income for most of this period. The PM’s official website lists only her charity and volunteer work. She wrote a cookbook almost 10 years ago, and she is leading the editorial board of Magyar Konyha, a monthly cooking magazine. She never reported any incomes in her published wealth declarations.

Direkt36 asked the PM’s Press Office about the source of the funds for Lévai’s land purchases, and also asked for Lévai’s latest yet unpublished wealth declaration, but they did not answer our questions.

Since the family members’ wealth declarations are not public, it is hard to reveal what assets they have.
In some cases, the assets of politicians’ family members were revealed by accident or thanks to the work of reporters. In 2014, it turned out that Fidesz vice-president Lajos Kósa’s wife owns a luxury 4-bedroom apartment on the bank of the Danube in Budapest. “Nobody ever asked me about it,” Kósa replied to a journalist who asked him why he had never disclosed before that his family owns such a valuable property.

In 2014 János Lázár, now head of the Prime Minister’s Office had to answer questions on their family members’ assets too. First, it turned out that his two young sons – 10 and 5 years old – became landowners in the wine region of Tokaj. A few months later, another land registry information came to light to reveal his older son’s luxury apartment in Budapest.

Orbán is not the only politician who decided to publish a family member’s wealth declaration. Usually they do so when they want to prove that they have nothing to hide.

Direkt36 asked János Lázár why he failed to comply with the rules in the case of the Révfülöp summer home. We asked him to send us the latest wealth declarations of his family members too. According to his press office, Lázár is on holiday and he has had no chance to answer our questions yet. We will update our article as soon as we get his answers.

Former Prime Minister Ferenc Gyurcsány, currently an opposition MP, also published his wife’s declaration when he was in office from 2004 to 2009. In 2008, Klára Dobrev, his wife, made a bid for a land in Kötcse, a village near to lake Balaton to build a summer home for the family. When opposition politicians asked her and her husband about the source of funds for the purchase she and Gyurcsány could point to the fact that Gyurcsány’s company, which he acquired and ran before launching his political career, made a profit of hundreds of millions of forints every year.

A few months ago, Gyurcsány handed over his share in his company to his wife. Gyurcsány said that he made this decision so that he could focus solely on politics. The income from this company will disappear from Gyurcsány’s wealth declarations but will stay in the family budget as his wife owns the company. Still, Gyurcsány says that he is committed to transparency. “We have never hidden our incomes and assets from the public, and we will not hide a thing in the future,” he said, and to demonstrate this he attached his wife’s latest wealth declaration.