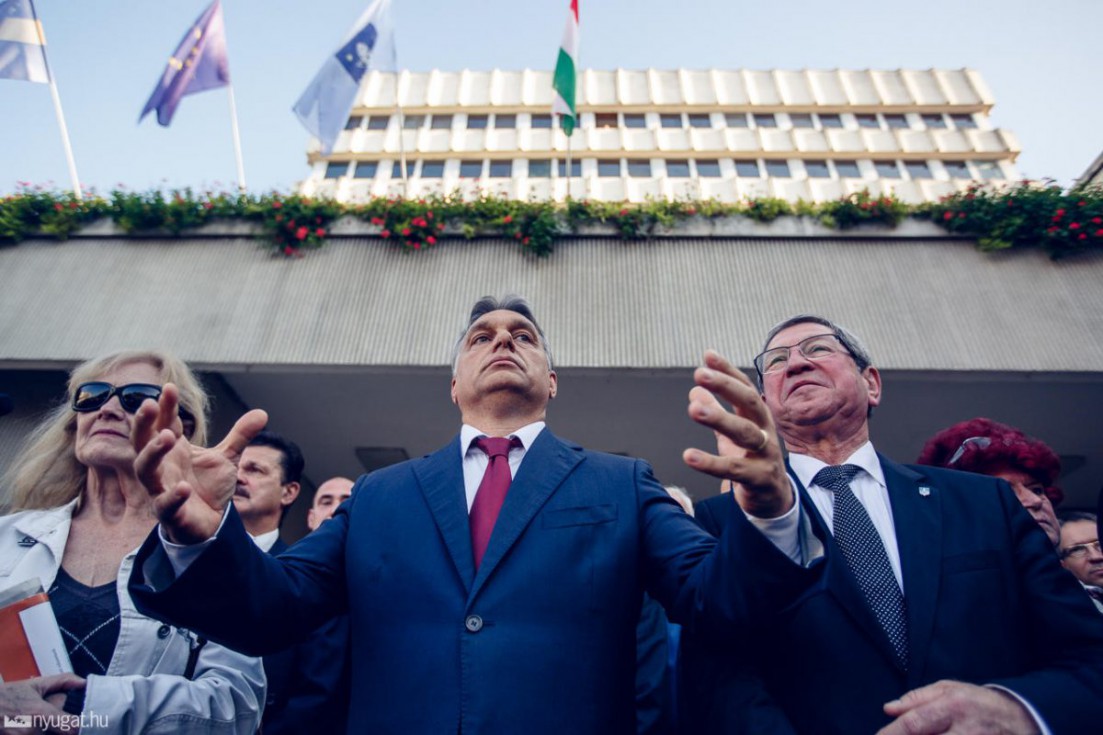 Viktor Orbán stepped into the life of five Hungarian families just a day before New Year’s Eve of 2006. The president of Fidesz, and the current prime minister of Hungary, became co-owner in their properties lying along the main road of Felcsút, a village where Orbán grew up.

Next to the parcels (all of them with family houses) is the building of the Ferenc Puskás Football Academy. In two of properties, Orbán, a passionate football fan, became the majority owner, in the other three, he acquired only minority ownership.

While Orbán declared these properties in his wealth declaration (simultaneously declaring that he had given their right of use to the Football Academy for free), he committed some errors in his filings. Although he indicated the size of his share in the properties, he failed to declare the size of the whole parcel as well as the fact that there were co-owners despite what the wealth declaration rules require.

Should he have complied with the rules, the public had become aware that Orbán had been co-owner of properties with family houses built on them. This fact was hidden by the errors of the declarations. Orbán appeared to be aware of the rules because he did declare the details of another of his properties (his house in Budapest co-owned with his wife) the right way.

These are not major errors, still, Orbán broke the rules of the wealth declaration system, and in doing so, he acted against his own words: “It is indeed true that every MP and member of the government must file a wealth declaration, and it must comply with reality,” he said this April in the Hungarian Parliament.

Direkt36 asked the PM’s Press Office about the cause of these irregularly filled declarations. The Press Office claimed that Orbán had submitted his declarations in accordance with the rules and that they comply with reality, but otherwise they did not answer our questions.

The errors in Orbán’s wealth declarations show that this system in its current state is barely suitable to show the assets of politicians transparently. Direkt36, 444 and Transparency International have partnered to develop a database, in which anyone can search for the declarations of MPs. Our new site, Vagyonkereső (meaning ‘Asset Locator’ in Hungarian) aims to help hold the politicians accountable. The database makes it easier to analyse data and detect previously hidden inconsistencies in the declarations. At the same time, it can put pressure on politicians to comply with the rules of the wealth declaration system.

As part of the project, we reported on politicians, state minister László Tasó and Imre Pesti, an MP, who filed inaccurate wealth declarations.

Between 2007 and 2013, Orbán partially owned five small (500-1500 square metres) parcels in the village of Felcsút. He indicated these in his wealth declarations, submitting details on their size, the date he bought them, and the fact that he handed over right of their use for 50 years to the Felcsút Foundation for Training the New Football Generation.

The insufficient data in Orbán’s wealth declarations show that he was the only owner, but that was not the case. All the five parcels had a house on it and Orbán became a co-owner of the whole properties, along with the families who had been living there.

Orbán apparently bought the properties because of their proximity to the planned location of the Ferenc Puskás Football Academy’s building. At the time of the purchase, the football academy had not been built yet (the construction begin only a year later, in 2008).

Direkt36 spoke with one of the former co-owners of the properties. The property owner said that Orbán did not handle the purchases himself but it was “someone from the foundation, I cannot recall it exactly.” However, according to the source who wished to remain anonymous, it was obvious that it was not the Foundation but Orbán who intended to buy parts of the properties. “It was for us to decide how big part of our gardens we would sell. Some of the owners even liked the idea of not having to hoe the backyard anymore,” the owner said. Some gave more, some less. The parts bought were not separated formally, instead, Orbán became co-owner with the families.

In his wealth declarations, Orbán only indicated the size of the backyards that belonged to him instead of the size of the whole parcels. For instance, in the case of the house closest to the building of the Football Academy, the family house is located on a 2469 square metre-size parcel. Orbán purchased 1596 square metres of it. In his wealth declarations, he claimed that he owned a parcel of 1596 square metres. According to the rules, he should have indicated that he was a co-owner of a 2469 square metres property with a 1569/2469 share. Besides, he should have indicated that the property was a “family house with a yard,” but year after year, he failed to do so.

Yet there are signs that Orbán is well aware of the rules. In the case of his family house in Budapest, co-owned with his wife, he gave a properly detailed description in his declarations, indicating the size of both the parcel and the house and the size of his share.

Direkt36 asked Viktor Orbán through his Press Office about his Felcsút properties. We asked why he failed to comply with the rules in these cases. We also asked him how he convinced the five families to sell him parts of their properties back in 2006, and how much he had paid for the shares. Bertalan Havasi, chief of the press staff of the PM answered in twenty minutes: “Viktor Orbán filled in his wealth declaration in full compliance with the laws and the reality, it is lawful, complete and accurate.”

The former owner told Direkt36 that becoming co-owners with the politician did not seem strange to them. The property owner could not recall the exact price from ten years ago but found it reasonable.
The same year when Orbán bought the parcels, there was only one other change in his declaration: a bank deposit (co-owned with his wife Anikó Lévai) worth 4 million HUF (approximately 12,700 euros) disappeared from his declaration. This might have been the source for the purchasing the Felcsút properties.

Orbán (and the Felcsút Foundation for Training the New Football Generation managing the transaction in his name) was obviously interested in the backyards, not in the family houses, as the backyards were in the proximity of the football fields and the future building of the football academy.

Aerial photos of that time show that a little while after buying them, the backyards were detached from the houses with a fence and were attached to each other. The area was transformed to a sports-ground, and later given to the Football Academy for use.

In the meantime, the Foundation itself acquired a neighbouring land in 2009, which was the sixth backyard in the row, its size was 2937 square metres. This property, along with Orbán’s parcels and an additional one were merged together officially in 2014. Thus, a new property was formed, which is of 1.2 hectares size. It is co-owned by the PM, his father, Győző Orbán and the Felcsút Foundation for Training the New Football Generation.

Since the land merge, Orbán reported his properties in an ambiguous form. Even though the land’s size is 1.2 hectare, he indicates not the whole size but only his share (5035 square meters). According to the rules he should declare the whole size and indicate his share in it. In the current form, his declaration can also be interpreted that he owns a portion of 5035 square meters and not of 1.2 hectare, the full size of the land.

The Felcsút Foundation for Training the New Football Generation obtained the right of common for 50 years for lands other than Orbán’s. The foundation has acquired all of these lands over the last few years. The only exemption is the 1.2 hectare parcel co-owned by Viktor Orbán, his father, Győző Orbán, and the academy. This area was used to create a parking lot next to the football-grounds and the football stadium.

We have asked the foundation, the PM and his father who had paid for the costs of the construction of the parking lot, but none of them answered. We have also asked whether Győző Orbán had given his share to the football academy for free, like his son had done, but he did not answer to this either.

The cover photo was taken by Zoltán Bonyhádi and is a courtesy of Nyugat.hu.