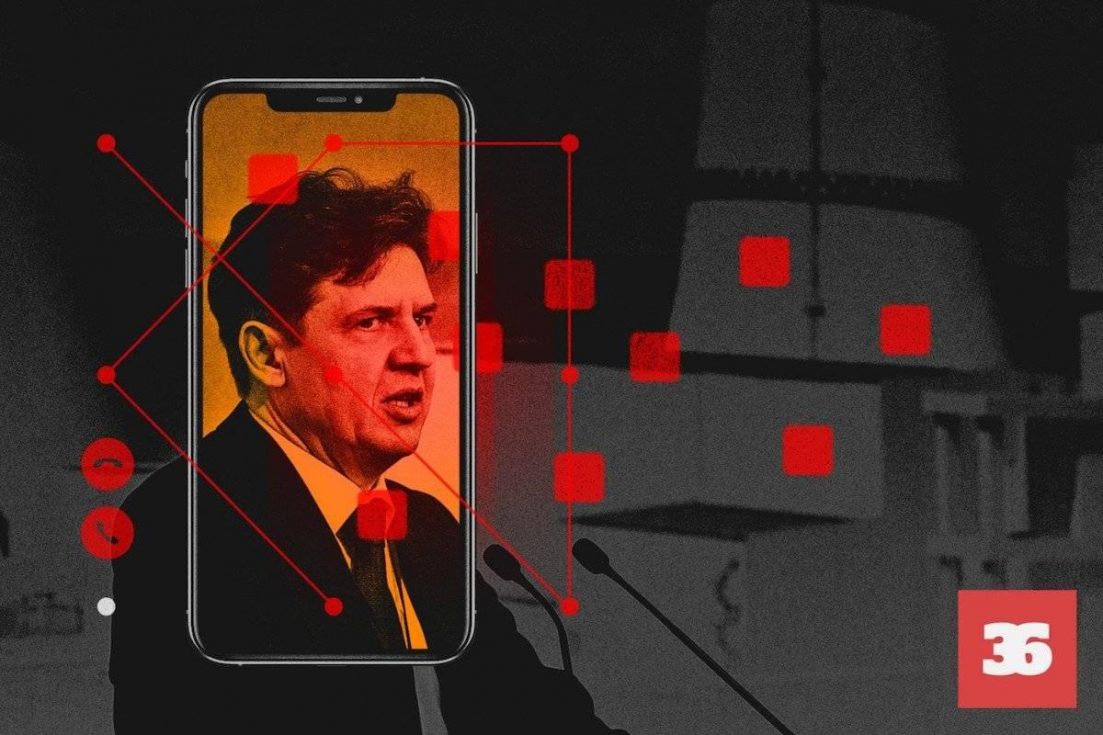 Attila Aszódi, former State Secretary in charge of Hungary’s nuclear power plant expansion has also been selected as a target for Pegasus spyware that is capable of hacking even the most modern smartphones, according to the leaked database of phone numbers selected for targeting by clients of NSO, the developer of Pegasus.

Aszódi became a target at the end of 2018 when he was still an official in the Hungarian government but already had a series of conflicts with his superior, Minister János Süli, for opposing measures that would have disrupted the project’s timetable.

Aszódi was selected as a target on his official governmental mobile phone which he used for dealing with official matters. He had to return his phone when he was dismissed in January 2019, shortly after being targeted.

Paris-based investigative outlet Forbidden Stories and human rights organization Amnesty International had access to the database of around 50 thousand phone numbers selected by NSO clients in several countries. Forbidden Stories shared this database with 16 other news organizations and the international group of journalists analyzed the numbers. Direkt36 was the only Hungarian partner in the investigation.

If a phone number appears in this database, it does not necessarily mean that the target was actually attacked with Pegasus and that the hacking was successful. However, AI’s technical forensic analyses of targets’ mobile phones have proved in multiple cases that devices selected for targeting were indeed hacked with NSO’s tool.

Pegasus takes advantage of so-called zero-day vulnerabilities of softwares running on mobile phones, meaning built-in flaws that not even developers and manufacturers are aware of. This not only means that targets’ phone calls could have been wiretapped through these breaches, but even their most sensitive information, for example, emails and other messages as well as photos and videos could have been accessed.

Aszódi did not want to comment on his targeting. Since he is not in the possession of that phone any longer, it was not possible to have it examined by security experts.

Since the publications of the Pegasus case no representative of the Hungarian government clearly denied Hungary being among the clients of NSO or targeting the people we have so far reported about. A former Hungarian intelligence officer told Direkt36 earlier that according to his information national security services started using Pegasus in 2018, while a former NSO employee confirmed to one of the partners of the international investigative journalism consortium that Hungary purchased the Pegasus service.

Direkt36’s findings strongly suggest that Pegasus is used against Hungarian targets by the Hungarian state. The government has not denied this in their comments since the story broke. They have said that they are not aware of this kind of data collection, and they claim that they did not put anyone under surveillance illegally. The government did not respond to specific questions about Aszódi’s targeting.

From university to the government

Attila Aszódi is one of the most prominent nuclear energy experts in Hungary. As a professor at the Budapest University of Technology and a former director of its Nuclear Technical Institute even previous governments relied on his expertise. Under the Orbán-government he played a significant role in one of the biggest investment projects of the past decades, the expansion of the nuclear power plant located in Paks, a town 130 kilometers from Budapest.

Aszódi accepted the government position following the 2014 Russian-Hungarian agreement on the construction of Paks 2 at the request of János Lázár, who was then the head of the Prime Minister’s office. In July 2014, Aszódi became government commissioner in charge of the Paks expansion project.

The project’s supervision was reorganized in 2017 when János Süli, the mayor of Paks and former CEO of currently operating nuclear power plant, was appointed as minister in charge of the expansion project known as Paks 2. Süli kept Aszódi, who – as state secretary -continued to be responsible for the project’s technical aspects, for works “within the fence,” as the minister put it.

Conflicts with the cabinet member

This was the time when the focus of the project moved on to the negotiations with the Russian implementer. Based on previous press reports – now also confirmed to Direkt36 by sources familiar with the project – conflicts emerged between Süli and Aszódi in 2018 because of the delays in the project’s execution.

The delay had two main reasons. On the one hand the project was still waiting for the EU’s approval, while on the other hand, the Russians were struggling to come up with plans that complied with the Hungarian rules. Despite the expectations of the Hungarian government, the Russians failed to submit the plans necessary for the Hungarian authorities to be able to issue the construction permit of the plant by the end of 2018.

Nevertheless, the Russian party was urging the start of the construction. They proposed ideas that would have sped up the project even before the decision on the permit. As reported previously by Direkt36 one such idea was that certain groundworks, such as digging out the hole for the foundations, could start already before the construction permit was issued.

This, however, carried the risk that if they launch the construction work too early, then that would limit the room of the Hungarian authorities. If the hole was dug already, the final plans should be adjusted to it.

While Süli was open to such Russian proposals, Aszódi disagreed with them and wanted to stick to the technical standards included in the original timetable.

In the end, Aszódi was fired on January 15, 2019, which took him by surprise. After his sacking he told Hungarian online news site Index that it only became clear to him that he was let go on the day he was dismissed. He also confirmed the existence of his conflicts with Süli. “My views on technical and project management-related questions differ from those of Minister Süli. This is not a secret, and details were already reported by the press,” he said in the interview, adding that formally it was the Prime Minister who initiated his removal but to his knowledge it happened at the request of Minister János Süli.