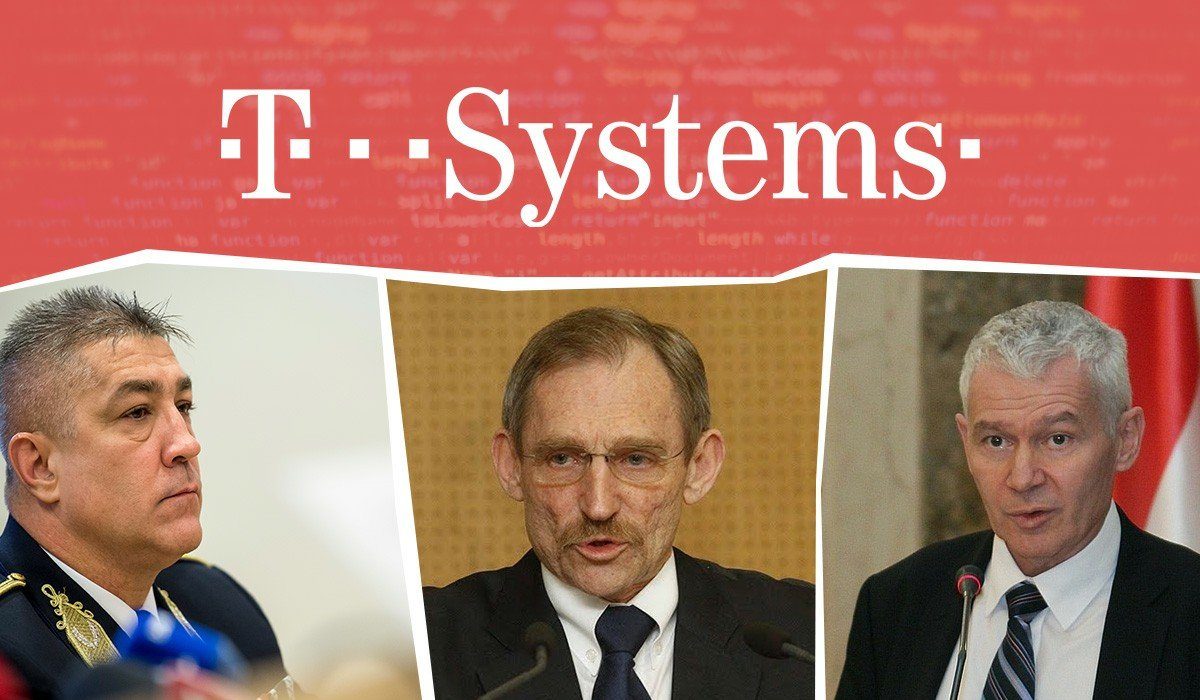 The Prosecutor General’s Office spent more than HUF 1.7 billion (EUR 5.3 million) on computer systems and IT networks between 2014 and 2018. The spending covered 15 different orders, but the supplier in each case was the same company: T-Systems Hungary.

The IT giant, which is a subsidiary of Deutsche Telekom, is being taken over by Gellért Jászai, who for years led the business empire of the billionaire Lőrinc Mészáros, a close friend of Prime Minister Viktor Orbán.

The Prosecutor General’s Office is not the only agency dealing with sensitive issues where T-Systems has emerged as a supplier in recent years. According to a database obtained by Direkt36, the company also supplied goods and services to the Constitution Protection Office (Hungary’s civilian secret service), the Information Office (the foreign intelligence agency), the Special Service for National Security and the Counter Terrorism Center.

It had been known that T-Systems, one of the largest IT companies in Hungary, often works for the government. However, most of the contracts remained hidden, as the company often won contracts through so-called framework agreements, whose details are not publicly available.

Direkt36, however, has obtained information on several major IT framework agreements in recent years with the legal assistance the Hungarian Civil Liberties Union, or TASZ, as they are known in Hungary.

According to the dataset, state agencies signed contracts with 169 companies for a total amount of nearly 270 billion HUF (843 million EUR). T-Systems has been the biggest beneficiary of these contracts by far. The company received contracts worth nearly HUF 42 billion in the period from 2013 to 2018. This was almost double the amount of the second largest supplier.

Help our mission to hold the powerful to account! Become a supporting member of Direkt36!

Magyar Telekom, which currently owns T-Systems, told Direkt36 to contact the state agencies in order to get details about the contracts. The Prosecutor General’s Office and the other concerned authorities all stressed that T-Systems only had access to the information needed to perform the contracts in question but did not gain access to the authorities’ own internal data.

Close to the government

T-Systems Hungary is currently owned exclusively by Magyar Telekom but will soon belong to Gellért Jászai, a businessman known for his close ties to the government. Jászai’s IT company, 4iG, announced in July that it had signed an agreement with Magyar Telekom to acquire T-Systems. According to the announcement, the actual acquisition still requires due diligence and closure of other processes, but “the closing of the transaction is expected in 2019.”

Jászai previously headed the central companies of Lőrinc Mészáros’ business empire. In March, he took over the management of 4iG, which was then owned by Mészáros. In June, he became the majority owner of the company.

With the acquisition of T-Systems, yet another major company will be owned by business circles close to the prime minister. The company is one of the most important players in the Hungarian IT industry, generating more than HUF 110 billion (EUR 343 million) in revenue last year. It focuses on larger business partners and has long been working for state institutions.

One important source of revenue is the so-called centralized public procurement framework agreements. Most government agencies procure their various IT products and services through such agreements.

In these framework agreements, i the Procurement and Supply Directorate (KEF) first selects companies, often dozens of them, through a procurement. Then directorate signs a framework contract with the selected companies. Finally, the individual state organizations – ministries and various authorities – order specific products and services from those companies that are part of the framework agreements.

Last year, Direkt36 submitted a request for information to KEF asking for details of 13 major IT framework agreements over the last five years.

KEF first responded that it would provide the data for HUF 548 000 (EUR 1710). We did not think that this was acceptable, so we filed a lawsuit with the help of TASZ. Finally, KEF decided to provide free of charge at least the most important parts of the requested  information.

The database we received contains information on several T-Systems contracts. According to the data, the firm’s largest customer in these framework agreements was the Klebelsberg Center, which oversees public education, with contracts worth more than HUF 18 billion (EUR 56.2 million).

It also became clear that T-Systems was a supplier to several authorities and government agencies that perform particularly sensitive tasks.

Earlier, news site 444 pointed out that T-Systems had worked for the National Election Office, which conducts the country’s elections. The database obtained by Direkt36 reveals that the company is also a supplier to the Prosecutor General’s Office and to several intelligence agencies.

A large part of the assignments concerned so-called “active and passive network devices,” which, according to an IT market source, cover a lot of products from cables to routers to software solutions. “It’s worth thinking about network security here,” the source said, pointing out that an important aspect of these works is to build a system that can withstand external attacks.

Direkt36 asked the Prosecutor General’s Office, the Counter Terrorism Center and the secret services whether T-Systems had been given access to the data they are handling, but they all said it had not.

T-Systems “only had access to the data needed to perform the contract, so it could not access data processed in the core business of the Constitution Protection Office and the Special Service for National Security,” said the Ministry of Interior’s communications department and we received similar responses from other organizations.

The ministry added that “the supplier of the Constitution Protection Office and the Special Service for National Security – in this case, T-Systems Hungary Zrt. – may only be a company that is transparent, had gone through a security screening, and is on the list of certified suppliers”.

We asked the ministry when T-Systems’ certification will expire, but they said that “due to the provisions of applicable law, we are unable to answer this question”. They added though that if a listed company changes ownership, the certification will need to be reviewed.

It is unlikely that having the new owner will weaken T-Systems’ ties to the state and to the government. The company has acquired new state contracts even since last summer, the end date of the database we received from KEF. The Prosecutor General’s Office, for example, told us that they had purchased IT equipment from T-Systems similar to the previous orders with a combined value of HUF 344 million (EUR 1.07 million). The Special Service for National Security also had a new order worth nearly HUF 7 million (EUR 21 875).

For company records, we used the services of Opten.