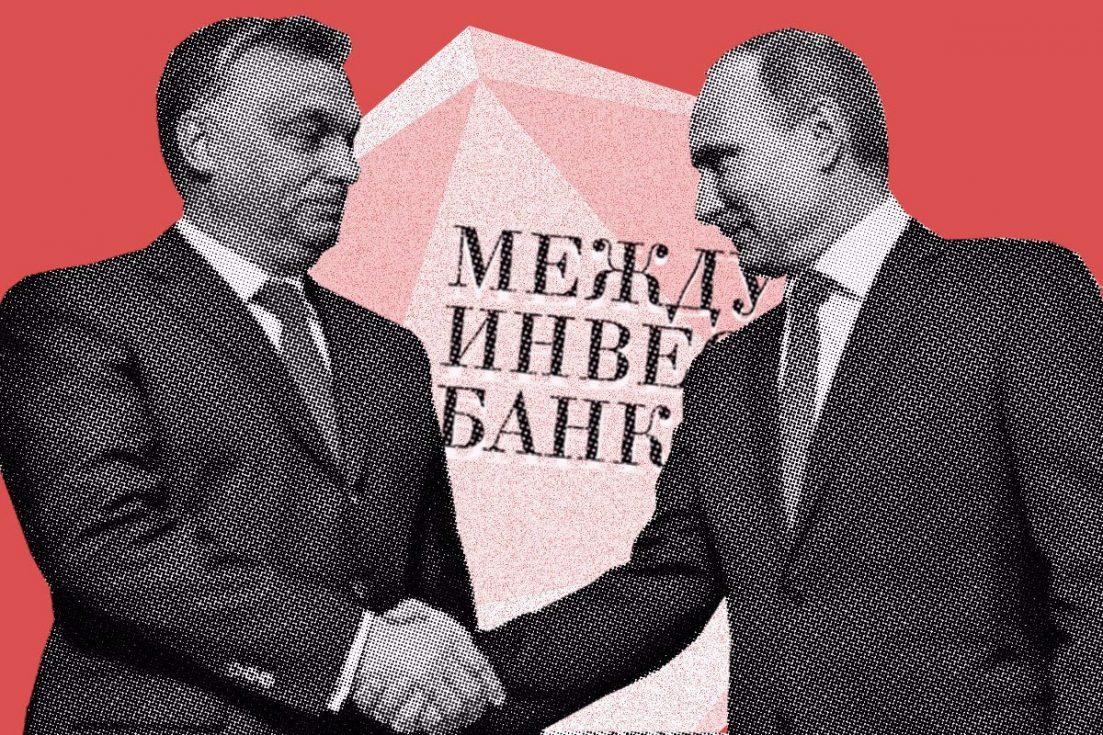 In 2012, Russian President Vladimir Putin resurrected one of the institutions of the former Soviet Union’s communist block, the International Investment Bank. This step fitted well into Russia’s big geopolitical efforts to expand again its international influence, especially in the formerly dominated Central and Eastern European region.

In this process, the Russians found an eager partner in the government of Hungarian Prime Minister Viktor Orban. Hungary joined the Russian dominated bank in 2015 and soon became its third biggest shareholder. The financial institution, whose headquarters are in Moscow, decided this June to open its regional office in Budapest. Even though the bank still counts as a smaller player in the international field, the negotiations on the Hungarian side were led by two top officials, Minister of Finance Mihaly Varga and Minister of Foreign Affairs Peter Szijjarto. Hungarian pro-governmental newspapers also published several interviews with the Russian head of the bank.

This is also another manifestation of the increasingly close relations between the Hungarian and Russian governments. While so far, the cooperation has been mainly visible in the energy sector (Paks nuclear power plant expansion) and mechanical engineering (renovation of Budapest Metro Line 3 cars), it is now also more and more expanding into the financial sector.

The expansion of the International Investment Bank (IIB) into Central and Eastern Europe serves Russia’s long-term goal to establish a financial system which could become an alternative to the Western banking infrastructure dominated by the United States. While they still have a long way to go to achieve this, in the meantime the bank could still assist Russian interests by, for example, contributing to the Russian state’s gathering of foreign intelligence.

For the Orban-government, the participation can open up alternative financial resources. Projects that would otherwise not be eligible for funding from the European Union, currently the main source for development spending, could receive financial support thanks to the bank’s loans.

The IIB was set up in 1970 and besides the former Soviet Union, its other members included mainly former Central and Eastern European communist countries. After the dissolution of the Soviet Union and the communist block the bank lost its functions, and the majority of its members, including Hungary and Poland, left the IIB.

The Russian state revived the institution in 2012, with Nikolay Kosov appointed as the bank’s chairman. Kosov had been a member of the management of Vnesheconombank, a state bank financing politically important projects. In 2013 Russian Minister of Foreign Affairs Sergey Lavrov said that IIB’s activities “may significantly help Russian efforts in creation of a modern international financial centre and the establishment of a modern efficient system contributing to international development in Russia.”

On the international level, IIB counts as a small bank. Its registered capital reaches 318.96 million euros, while the capital of the EU-founded European Investment Bank stands at 243 billion euros. IIB mainly focuses on Central and Eastern Europe, thus it could become an alternative to other international institutions in this region. Responding to our questions, IIB stated that 54% of its loan portfolio and almost 50% of its capital is accredited to these countries and the bank has further plans to expand its operations in the region.

The bank’s activities could also help the Russian state in collecting intelligence abroad. IIB’s operation is dominated by Russia (the Russian state is its biggest shareholder with owning 47% of shares), however, five of its nine members are EU and NATO countries (Bulgaria, Czech Republic, Hungary, Romania, Slovakia). ”It is an important geopolitical interest to participate in important projects of other member states. If they finance certain projects, then they will clearly be well informed,” said a former economic official of the Orban-government.

In line with the Eastern Opening

IIB’s delegation visited Budapest in 2014 to discuss the renewal of Hungary’s membership with the government. A few months later the Ministry of Economy announced that the parties signed a memorandum of understanding in the subject. This was the period when the relationship between Russia and Hungary was becoming spectacularly close. At the beginning of 2014, Orban’s government chose – without an open tender – Russia to build Hungary’s new nuclear plant, a multibillion euro project.

Ironically, Hungary had left IIB in 2000, during the first government of Viktor Orban, who at the time was a fierce critic of Russia. His government explained its withdrawal with the “lack of transparency in the bank’s activities.” The Ministry of Economy now justified the renewal of membership by saying that it “fits into the Hungarian economy’s aims, the policy of Eastern Opening,” and in addition, the bank’s operation after 2012 was ”harmonized with modern international norms.” The statement also said that by re-joining the bank, Hungary will regain the 20 million euros which remained stuck with the bank during the previous membership. Hungary provided an additional 20 million euros to the bank’s capital.

Sources familiar with the Hungarian government’s approach to IIB said that the bank may be financially less relevant, but there were also political reasons in favour of the membership. “IIB cannot achieve the same macro-effect as for example the IMF,” a former official of the Orban-government said. However, according to the source, IIB has “enough firepower” to finance projects important for the Hungarian government and its business allies who would not be eligible for European Union funding. Simply put, the institution “could serve well for strengthening certain political players,” the source added. Also, according to sources with knowledge about IIB’s activities, it could also participate in financing various Hungarian projects with Russian interests (such as the Paks expansion).

IIB has already partnered with Hungarian companies that are linked to the government or are present on the Russian market. In 2014, it signed a 15-million-euros loan agreement with the Hungarian Eximbank, the state-owned bank facilitating export activities of Hungarian companies. This money is available to those who purchase Hungarian products and services in IIB member states.

It also signed a loan agreement with Takarekbank (Savings Bank) in August 2017, whose CEO is a member of the management of Opus Global, one of the companies of Lorinc Meszaros, a long-time friend of Viktor Orban. According to the agreement, Takarekbank will secure a 13-million-euros loan for IIB for three years. According to a source with knowledge about the Hungarian financial sector, this is unusual  because generally it is the multilateral institutions financing Hungarian banks, and not the other way around. Takarekbank told Direkt36 that the agreement is in all aspects in line with banking norms.

IIB’s first Hungarian project was a waterfowl processing company in a small Hungarian town of Melykut, which received a 22-million-euros loan from the bank. Responding to our questions, IIB said that representatives of the Hungarian government supported the investment in the bank’s council and said it was important for the country’s economy.

IIB’s loan ratio in Hungary is currently 71.7 million euros, which makes up 8 percent of IIB’s total portfolio. According to financial experts this is not a high ratio, but optimally it should make up at least 12.54% – the level of Hungary’s share in the bank’s total capital. Responding to our questions IIB said that portfolio development takes time, and the bank is considering to finance further projects in Hungary in the value of 60 million euros, including investments in agriculture and food industry, as well as Hungarian investments in other member states of the bank.

The Hungarian government maintains relations with IIB’s management at high levels, which also indicates the political importance of the bank. Hungarian Minister of Foreign Affairs and Trade Peter Szijjarto met with IIB’s chairman Nikolay Kosov in March, and Szijjarto also personally attended the launch of the waterfowl processing company financed by IIB. At the ceremony, Szijjarto said that capital is not any more flowing only from West to East, but also from East to West, and those who do not recognize this are denying serious opportunities from their countries. In one of his interviews, Kosov also highlighted Szijjarto’s personal role in the project.

Mihaly Varga, who as the Hungarian Minister of Finance is a member of IIB’s council, participated in several events together with Kosov. When signing the agreement about the opening of IIB’s regional office in Budapest he said that Hungary would like the bank to become an effective part of the financial system in the region and the EU. IIB already has an office in Bratislava. According to sources with close knowledge about the matter, currently there are negotiations going on about whether the bank should move its headquarters from Moscow to Budapest but there has been no decision about it yet.

Szabolcs Panyi contributed to the reporting.