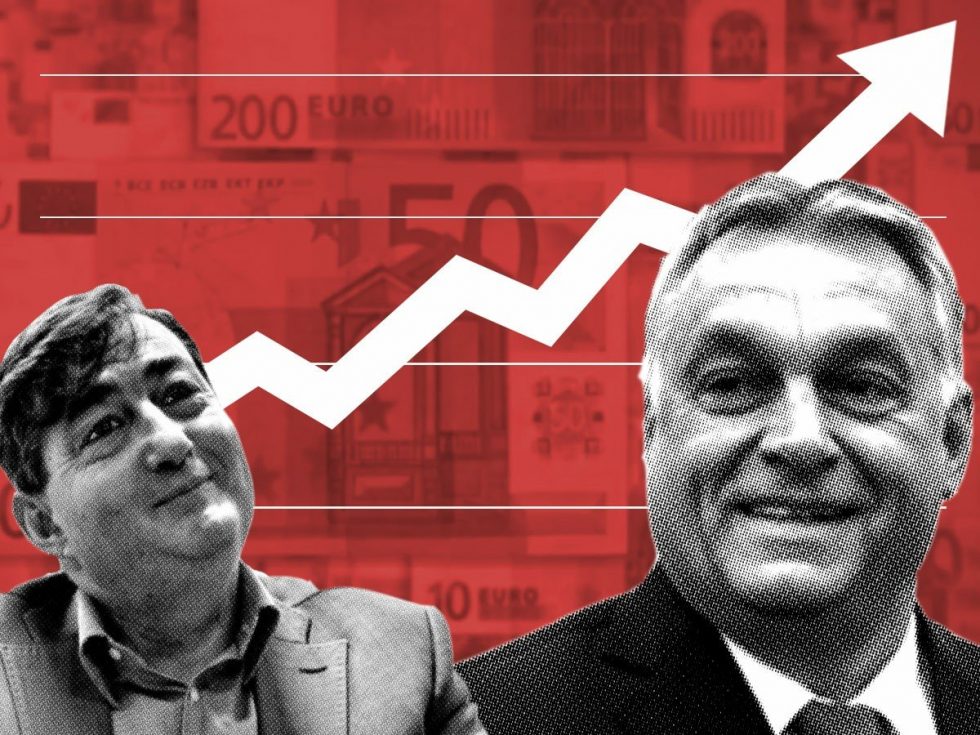 For years, Hungarian Prime Minister Viktor Orban has only reported modest savings in his wealth declarations. Meanwhile, Lorinc Meszaros, a friend of the PM and a former gas fitter, has become one of the country’s – and even of the world’s – richest people, with his estimated wealth of 381.3 billion forints (1,18 billion euros).

Direkt36 has revealed that Orban’s family has received public money, in several cases, through the companies of Lorinc Meszaros. In this video, we explain the details:

The sewage construction in Kulcs and in the surrounding area costs 5,8 billion forints (17,9 million euros), 30 percent more than it had originally been estimated. Some of this money is paid to the mining company Dolomit Ltd, majority owned by the father of the PM, Győző Orban.

When we visited the construction site in March, we saw several concrete elements labelled with the name of Dolomit Ltd. We wanted to know the exact type and the overall quantity of the products supplied by Dolomit Ltd for the project, and how much money the company receives for them, but neither the businesses involved in the construction, nor the state-owned company responsible for the project responded to our questions.

We published a series of articles about how the companies of the Orban family are secretly benefitting from EU-funded public projects. Many of these projects were won by companies and business partners of Lorinc Meszaros.

For example, for a sewage construction in Budapest, Meszaros and Meszaros Ltd ordered concrete elements and gravel from the company of Orban’s father. In another project – a huge railway construction by the lake Balaton, carried out by another Meszaros company – Nehéz Kő Ltd, the transportation company of the Orban family, participated as a subcontractor.

In June 2017, Viktor Orban told Direkt36 that he considered it important that his father does not participate in state projects. Now we asked Orban’s opinion about his father’s current involvement in public projects carried out by the companies of Meszaros.

Chief Press Officer Bertalan Havasi only sent the same brief comment that Orban repeated during his press conference in January when journalists asked him about the enrichment of his friends and family members: “The Prime Minister does not deal with business issues.”

For the video, Blanka Zöldi and András Pethő did the reporting and Janos Muranyi produced the animation.
For the Hungarian company data, we used the services of Opten.