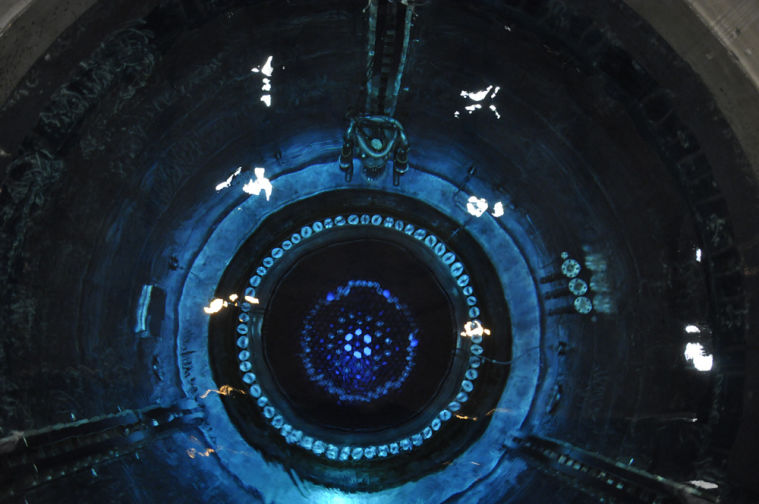 The construction of the new Paks nuclear power plant may have not started yet but the Russian nuclear company Rosatom selected by the Hungarian government has already been signing project-related contracts for months. Tender details are being continuously published on the Russian company’s webpage and Direkt36 will be closely following and reporting about them.

According to our research, Rosatom announced more than 30 tenders this year. These are mainly smaller-amount projects, worth a couple of million forints and several of them were won by Hungarian companies. The Hungarian winners mainly provide office spaces, sell IT and office tools, and provide interpretation, accounting and legal services for Rosatom in Paks. The purchase of turbines and the provision of consultation services are the among the highest value contracts, with no winners announced yet. It is already clear that GE Hungary submitted a more competitive bid for the turbines than its Russian competitor in the first round of the tender, and the negotiations between Rosatom and a Hungarian company providing consultation services are in an advanced stage.

The lawyer, the accountant and the interpreter

Rosatom signed a 169-thousand-euro framework contract for legal services with Lakatos, Koves and Company Law Office. According to the contract, the law office will represent Rosatom in civil, tax, economic and labour law cases, as well as in Hungarian and EU lawsuits. According to its webpage, the law office has already worked with several international customers, including Rosatom.

According to the Hungarian company registry, it has also worked for Uber and was the agent for service of process of the BorsodChem chemical company of the Austrian businessman Heinrich Pecina. Pecina was the former owner of Mediaworks publishing company that last year closed down the biggest Hungarian daily Nepszabadsag. The legal office declined to comment, citing confidentiality reasons.

Translations for Rosatom’s daughter company in the amount of 13,8 thousand euros are provided by a smaller Hungarian company located in Paks. The owner Roland Nagy told Direkt36 that the company has been providing translation services for Paks nuclear power plant since 2005. „This is a long-term confidential job,” he said. Rosatom invited the company for the tender because it possessed the necessary references.

Nagy is a shareholder of a company in which Mark Adam Szeghalmi, the nephew of Hungarian Prime Minister Viktor Orbán’s wife, had been one of the managing directors. Szeghalmi had held this position before Nagy appeared in the company. Nagy stated that he became involved in that company through one of his friends. He claimed that he did not know Szeghalmi and that he was not aware that Szeghalmi is the family member of the PM’s wife. Szeghalmi wrote to Direkt36 that he did not know Nagy.

The Russians purchased 75 monitors in the value of 14,1 thousand euros from another Hungarian company called Belvarosi Vendeglatoipari Kft. (which means Downtown Catering Services), registered under the same address as Ulpin. Its owner, Gergely Gaspar wrote to Direkt36 that although the company’s main profile is catering, it is also involved in trading. „We are regularly sending introductory letters to bigger companies about our work and possible services,” he wrote.

Rosatom contracted B.A.M. Accounting Kft. for accounting services in the amount of 14,5 thousand euros. Erzsebet Bitter, the owner of the company told Direkt36 that she studied in Moscow, and is fluent in Russian. In the past, she had established contacts with the Hungarian office of Rosatom’s daughter company. She added that she had learned about the tender from Rosatom’s webpage but declined to provide further details.

The tender for turbines is one of the most valuable ones among the pending contracts. A turbine is one of the most important elements of a nuclear power plant, and Western companies had expressed interest in supplying it to the Paks expansion. Besides a Russian company, the Hungarian subsidiary of the U.S. General Electric – GE Hungary Kft. – applied for the tender jointly with Alstom Power Systems.

According to documents about the first round of the tender available on the webpage of Rosatom, PJSC Power Machines, the company of Russian billionaire Alexey Mordashov offered 979 million euros, while GE Hungary submitted a bid in the value of 821 million euros.

Klaus Mangold, the German businessman who played a key role in the preparation of the Paks expansion can be connected to both bidders. He was present in the joint company of GE and Alstom. Mangold also assisted Mordashov during his investments in Germany according to German newspapers. (Our previous article about Mangold can be found here.)

The tender for providing consultation services in relation to obtaining approvals and the design documentation is also pending. The two bidders are a Czech company and the Hungarian Euroil Kft. As the Czech application was rejected, the Russians are now negotiating with Euroil that had submitted a 18.8-million-euro bid. The engineering company is involved in gas, oil and energy investments. It is also preparing a feasibility study of the Eastring gas pipeline, which would connect Bulgaria, Romania, Hungary and Slovakia. According to the plans, this pipeline should also deliver Russian gas through Turkey. Euroil declined to comment.

According to the agreement with the Russians, 40 percent of the value of the Paks constructions should be contracted to Hungarian companies. However, this condition will not be easy to fulfil even according to the expectations of the Hungarian government. Several sources in the construction industry explained this to Direkt36 by the lack of experience in the implementation of such complex investments. This means that Hungarian companies are more likely to participate in the construction of the infrastructure related to the power plant rather than the construction of the actual nuclear blocks. In addition, 55 percent of the investment value should be subject of EU public procurement and this condition also paves the way for more experienced Western European companies.