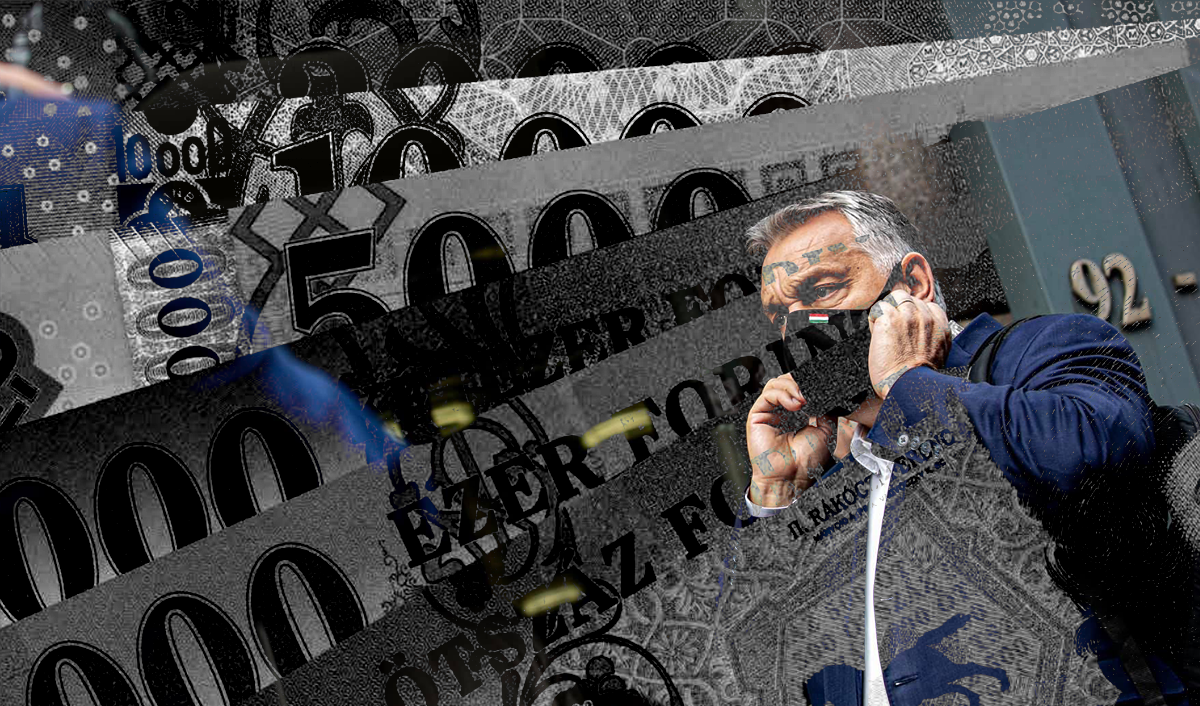 On Thursday, March 4, as much of Hungary was paying attention to the announcements on the new pandemic restrictions, the government also issued a statement on the reorganization of a major market sector.

The announcement, which went largely unnoticed, made public the winners in a state tender on liquidation licenses. These are the only firms that are allowed to liquidate companies that are insolvent.

Of the 90 winning companies, 54 did not previously have such licenses. Examining the list, Direkt36 has found several companies with links to people with close ties to the government, including a politician of the governing Fidesz party.

A total of 277 companies applied for the tender, which has been decided mainly along subjective criteria. The market is estimated at 3-6 billion HUF (8,5-17 million EUR) a year, in which only these 90 companies can now operate, in addition to the state liquidator. Market players expect that liquidations will soon spike as a result of the economic problems caused by the epidemic. This will be a boom for liquidation companies.

One of the winners is owned by a law firm with ties to former minister Miklós Seszták who himself took part in the selection process. The government and Seszták did not respond to our questions.

One of the winners is a company called Fejérvári-ház Kft., which is co-owned by former Fidesz MP Ferenc Papcsák. Following the 2010 government change he was appointed as government commissioner for accountability, however, he resigned from this position a few months later when he became mayor of a Budapest district. He held the mayoral position for only one term and is currently the chairman of the Hungarian Central Bank’s supervisory board.

Another future liquidator is Q-Tron Reorganizációs és Felszámoló Kft. Its co-owner is former interior state secretary László Tasnádi, who resigned in 2016 after criticism of his past connection to state security services and role in the period before the regime change, but is still considered a confidant of interior minister Sándor Pintér. After his resignation he became the CEO of Pintér’s former security company, Civil Biztonsági Szolgálat Zrt.

Some of the winners are connected to Lőrinc Mészáros, the childhood friend of PM Viktor Orbán and one of Hungary’s richest businessmen. For instance, Prima Liquidator Kft. is co-owned by Miklós Gál, who holds key positions in several of his companies. He is the former CEO of Opus Global, the flagship company of Mészáros, and is still the co-owner of TV2, a government-friendly and one of the biggest commercial TV channels in the country. Responding to Direkt36’s questions, Prima Liquidator Kft. stated that its owners have experience in liquidations.

Another winning company, Csődtanácsadó Menedzser Kft. belongs to the same business interest groups. One of the company owners is Szilvia Nagy, who together with the above mentioned Miklós Gál and others co-owns TV2.

BVL Kft. is also among the winners. This is a company co-owned by Lajos Ernő Varga, who is the majority owner of the security company Valton-Sec, which has won several government procurements. Varga co-owns Valton with István Bessenyei, whose wife has a joint business with PM Orban’s cabinet chief Antal Rogán’s ex-wife.

Profinitó Felszámoló Kft. is co-owned by Tibor György, who runs a law firm with government links. The name of the law firm is SBGK and one of its senior members is a current Fidesz MP István Bajkai, a founding Fidesz member with close ties to the family of PM Orbán – he represented several family members in various media issues.

These are just a few examples of the newly selected companies’ government ties. Examining the list of the winning companies, Direkt36 has found that nearly half of the 54 companies are, in some form, close to the government. These relationships are in many cases indirect, meaning the owners of the winning firms are linked to government actors through other firms and individuals.

Interviews conducted by a former minister

The government’s call for application was published at the end of April last year, with a deadline to apply until July. The process was managed by a five-member evaluation committee. Its members were delegated by justice minister Judit Varga, interior minister Sándor Pintér, finance minister Mihály Varga, minister without portfolio in charge of national assets Andrea Mager, and the National Office for the Judiciary. The information provided by the government does not reveal the identity of the committee members.

The scoring system, on the other hand, was public. Out of 150 points, 20 accounted for “form and content”, among others it was an advantage if the company that applied has been operating for at least three years. The business plan weighted 90 points. Besides the business plan, it was also assessed whether the property used by the applicant is suitable for liquidation work, and the user-friendliness and accuracy of the company’s current or future website were also evaluated. Additional 40 points could be earned with the personal presentation.

According to an expert who has been working as a liquidator for more than twenty years, the assessment of the latter two categories was quite subjective. The liquidator, who asked not to be named, explained that his company scored very well in the “form and content” part, but received far fewer points for the business plan, so in the end he was not selected as a winner.

According to the liquidator, the personal presentations were evaluated by former minister of national development Miklós Seszták and an assistant. The interview took place in the building of the Ministry of Foreign Affairs and Trade, as the office of Seszták – who currently works as a government commissioner – is located there. Seszták already played a key role in the 2014 tender, which also ended with the success of several people linked to the government. In 2014, the evaluation committee was led by Seszták.

One of the winners of the current tender – Fibona Kft., owned by Rátky és Társa Law Firm – is linked to Seszták. The law firm has previously received several orders from the Ministry of National Development headed by Seszták. The close relationship between the minister and the law firm has widely been reported. It was revealed by G7.hu, for example, that Seszták’s daughter did an internship at this office and later worked there as an articled clerk.

Why is it worth it?

It is worth entering the liquidator market because four percent of the assets sold during the liquidation are earned by the liquidators as payment. This is a good business especially when companies with significant assets are being liquidated. In addition, various assets of the company can often be purchased at a much lower price.

The liquidators expect more work in the near future due to the economic effects of the COVID-19 pandemic. “Especially after the expiration of the bank credit moratorium, a wave of liquidation could start,” one liquidator said, who thinks that many companies will be unable to repay their debts.

Once a company gets liquidated, the company to be entrusted with the liquidation will be chosen by a lot from the pool of companies that were the winners of the current tender. The court that orders the liquidation uses a software overseen by the government for the selection process.

Coronavirus
More in this project 