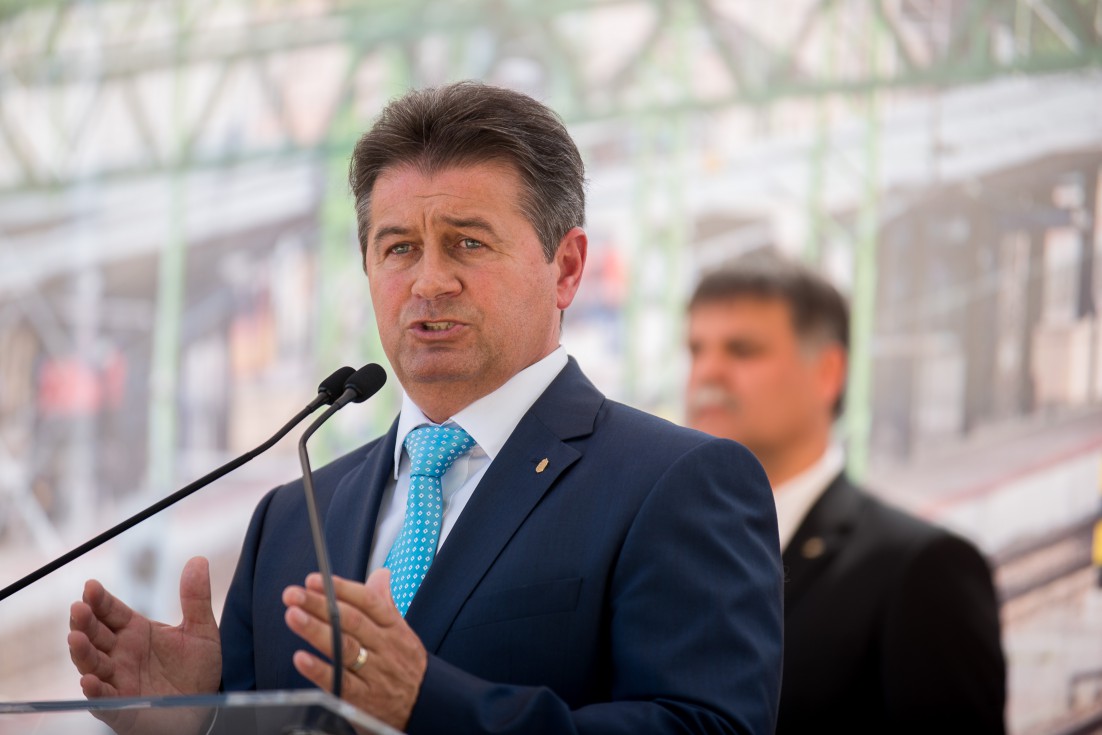 Wirth Zsuzsanna 2016.12.07.
Have a good story? Contact us!
In collaboration with

László Tasó, a state minister and a member of parliament (MP) from the governing Fidesz party, probably had a rather rough day on 16 August. He had to correct eleven of his former annual wealth declarations. This must have been an unpleasant task for him: back in July, he had claimed in several statements and interviews that his declarations had been accurate and complete, and they complied with the rules. Later on, however, Tasó apparently acknowledged that this was not entirely true.

During the summer, Direkt36, as part of a project with Transparency International and 444.hu, published several articles exposing politicians, who had filed their wealth declarations with inaccurate or missing information.

One of these articles was about László Tasó, minister of state responsible for transport policies. For years, he left out some of his assets entirely from his declarations. Additionally, he concealed in total 3.2 million HUF (10,000 euro) of state agricultural subsidies.

Tasó publicly never acknowledged that his declarations were inaccurate. Instead, he angrily denied our article’s claims and made personal remarks about the author multiple times. “You are an ignorant, malicious, paid provocateur,” he wrote in an email in response to questions Direkt36 had sent to him before publication. Later, in an interview with cable channel ATV, he said that the reporter at Direkt36 “either misunderstood things or deliberately falsified [the truth]. I suspect the latter.” He also issued a statement, saying that “due to the lies and falsified data, the slander and the obvious discrediting intentions, László Tasó is going to file a criminal complaint against the author, and a correction lawsuit against the news portal.” He has threatened at least eight times to file lawsuits against Direkt36 and other media organizations that reported our findings.

Eventually, Tasó has not even sent a correction request to Direkt36. However, he successfully initiated a legal procedure: the Budapest Police launched a harassment investigation in connection with the media coverage of Tasó’s wealth. The police later shut down the investigation because they concluded that no crime was committed.

In the meantime, Tasó quietly modified his wealth declarations between 2006-2014, listing the previously missing assets and state subsidies. His corrections mostly correspond to the inaccuracies previously uncovered by Direkt36. Tasó did not talk about publicly about his decision to amend his declarations. Direkt36 found out about it after checking the declarations.

In the corrections he made in August, Tasó declared a total amount of 8.35 million HUF (26,600 euros) of state subsidies given to him after his lands by the Agricultural and Rural Development Agency (MVH). Besides, Tasó amended ten of his wealth declarations by listing two properties he previously omitted from the documents. He bought these back in 2002, but did not declare them between 2006 and 2014.

Tasó also corrected his latest declaration from January 2016, in which we found no major mistakes. In this case, the politician corrected the amount of a state subsidy, after realizing he got 150,000 HUF (around 500 euro) less than he had previously declared.

On the other hand, he chose not to correct his shares in the case of a 12-hectares size forest and land of 2-hectares . For years these were listed as only his partialproperty , yet according to public land registry data, he was the sole owner. Previously, Tasó claimed that marital law implies his wife to be the 50 percent owner of these properties. The law indeed makes it possible for married couples to own properties that way but it is unclear how these kinds of properties have to be listed in wealth declarations. The two assets are by now fully owned by Tasó’s wife.

Direkt36 asked Tasó why he decided to correct his wealth declarations after his initial reactions in the summer, when he had denied making any mistakes. We also asked his opinion about the closure of the harassment investigation that he had initiated. In his reply, Tasó again called the questions “provocative” but did not answer them. He only repeated that “those who ordered and executed the synchronized and organized provocation are tracked, I have made legal steps against them, and I will inform the public about the outcome of these procedures.”

What about the others?

Besides Tasó, there were 16 politicians who omitted certain amounts of state agricultural subsidies. Some of them disputed whether they were obliged to declare these subsidies, mostly given by the Agricultural and Rural Development Agency (MVH), at all. Others apologized for the mistakes and promised to correct their wealth declarations.

Now, we have contacted them again. József Tóth sticked to his former explanation. He said that although MVH notifies the people entitled to subsidies in December, yet only sends the money next January. Thus, the accountants preparing the politician’s wealth declarations from year to year always declare the amounts when they actually arrive. This causes confusion, he said. István Boldog said that his declarations were correct, if they weren’t, he would have amended them. He did not declare the state-paid price of a course worth 300,000 HUF (about 1000 euros), which he attended. “I paid the fee, and after the completion of the course, I got it back. I had no plus income at all,” he said.

The rest did not answer to our emails and we could neither reach them by phone.

In our series we also wrote about Zsolt Becsó, an MP from the ruling Fidesz party, whose case demonstrates a fundamental flaw of the whole wealth declaration system. One of Becsó’s companies has won tens of millions of public money to develop a tennis centre and a guest house at Hollókő village. None of this appeared, however, in Becsó’s declarations because he does not own the firm directly but through another company.

The wealth declaration regulations are not clear on whether these kinds of indirect assets should be declared or not. When contacted by Direkt36 back in the summer, Becsó argued that he did not any rules when he declared only the company he personally owns but not its subsidiary.

We also published an article about the opposition party DK’s (Democratic Coalition) vice president, László Varju. His case also showed how the current system often fails to show the real wealth of elected officials. Varju looks almost entirely penniless according to his wealth declarations, but his companies do have various assets (like, for example, a hostel near the bank of the Danube), and they provide up to half of his family’s income. Varju’s latest declaration was correct, but during the previous years, he failed to declare some of his companies for years. He had said that this happened “out of clumsiness.” He apologized for this several times since then but has not corrected his former declarations yet.