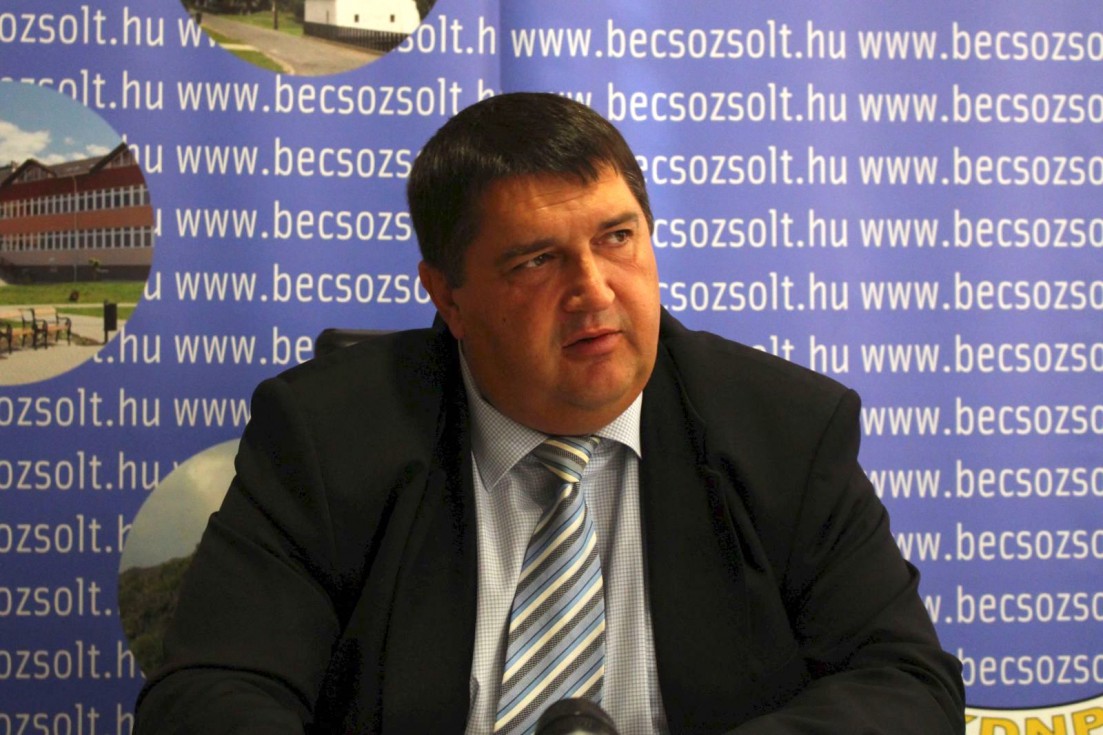 It is hard to find a Hungarian MP more eager to share his activities in his electoral district than Zsolt Becsó. The Fidesz MP of Salgótarján, a county seat in Northern Hungary, posts on his Facebook wall on a daily basis about developments or events like gastronomy festivals in the region.

Becsó regularly visits Hollókő, a UNESCO World Heritage village in Northern Hungary belonging to his electoral district. His visits are partly related to a new house with a beautiful panorama. The house was built by a company co-owned by Becsó, which has received 34m HUF (€109,000) in state and EU funds in order to “build a guest house.”

However, Becsó has not declared neither the company, nor the public funds in his wealth declarations. The company linked to Becsó has also received 20m HUF (€64,000) in public funds in order to build a tennis centre in Pásztó, a town in Becsó’s electoral district. The MP failed to declare this either.
Becsó told Direk36 that he omitted the company from his wealth declarations because he does not have a direct ownership as a “private person” in it, but through a different company.

The errors in Becsó’s wealth declarations are further signs that this system in its current state is barely suitable to show politicians’ assets transparently. Direkt36, 444 and Transparency International have partnered to develop a database, in which anyone can search for the declarations of MPs. The new site, Vagyonkereső (meaning ‘Asset Locator’ in Hungarian) aims to help hold the politicians accountable.

As part of the project, we reported on politicians, including state minister László Tasó and prime minister Viktor Orbán, who violated rules when filling their wealth declarations.

Zsolt Becsó is one of the most influential politicians in Nógrád county. He has been an MP since 1998 and he was the chair of the county assembly in Nógrád for 12 years. His brother, Károly Becsó, is also a Fidesz politician. He was a vice-mayor in Pásztó, and currently he is a member of the local council.

They do not share the management responsibilities with others either. Both Ara-Coeli and Vertical Art are managed by Károly Becsó.

Becsó is not the only politician who failed to report a company owned through another firm. Nevertheless, there are counterexamples. Fidesz MP Ferenc Hirt has declared a company named Hirt Autó Kanizsa Ltd. which is not owned directly by him, but by his company, Hirt Autó Ltd.

State subsidy for a guest house

In 2015, Vertical Art has received 34m HUF (€109,000) from the Agricultural and Rural Development Agency (MVH) for tourism development. The construction of the two-storey building in Hollókő was finished more than a year ago. However, it does not appear to be a functioning guest house. There are no signs on display showing that the house is open for tourists. Internet searches for the guest house do not result in any advertisements.

We were told by several locals that only Zsolt Becsó and his family members could be seen around the house. Initially, Károly Becsó had stated that this statement in not true, but when we asked him to prove that the building indeed functions as a guest house, he did not reply to our mail. Zsolt Becsó only wrote that his brother answered to all of our questions regarding Vertical Art.

Millions for a tennis centre

Vertical Art also took part in another development project financed by public funds. Öregbánya Sportcentrum, a sport centre boasting of two tennis courts and a multifunctional building, was opened in July 2015. Zsolt Becsó posted on Facebook twice about the opening of the new sport centre, and occasionally he also posts pictures about himself playing tennis. The last time he did this was in May.

The 3800 square meters plot belongs to Vertical Art and the company received 20m HUF (€64,000) EU and state funds for developing the sport centre.

In addition to Vertical Art, there is another company, Mátring Ltd which is indirectly owned by Zsolt Becsó, and it is not indicated in his wealth declaration either. It was in March 2007 that Ara-Coeli acquired 10 percent of the whole shares of Mátring.

Although Zsolt Becsó is mostly active in Nógrád county, he made headlines in the national media as well. According to investigative portal Átlátszó, Becsó has various links to a family, which gained 12 tobacco concessions out of the 19 in Salgótarján. Tabloid newspaper Blikk revealed that Becsó was among that 12 county assembly chairs who travelled to the Azores for a conference. This trip was criticized by János Lázár, leader of Fidesz’ parliamentary group then.