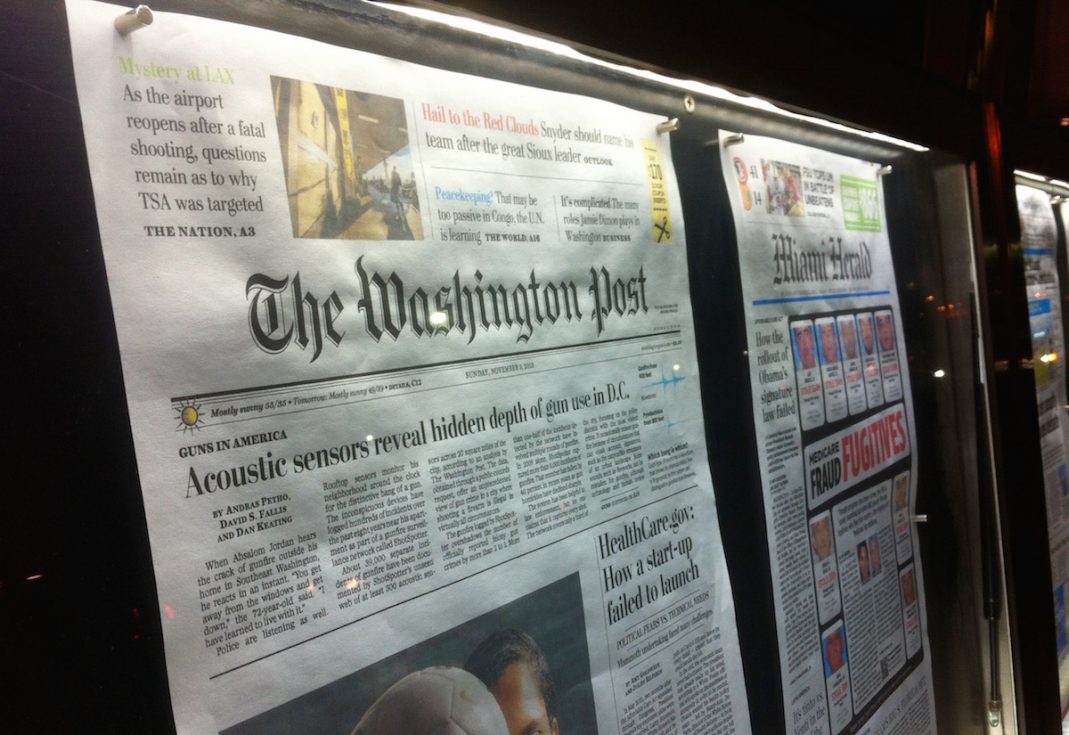 Direkt36 may be a young organization with a small team based in Hungary, but we have a long track record in international collaborations. We are a member of the Organized Crime and Corruption Reporting Project; we have participated in some of the biggest investigative projects such as the Panama and Paradise Papers (led by the International Consortium of Investigative Journalists); and now we produced a story in partnership with The Washington Post. Andras Petho tells the backstory of this collaboration:

“We have spent the past few months with reporting on the increasingly strong relationship between Hungary and Russia. During conversations with my sources there was a topic that came up repeatedly, even though it did not have a close connection to the subject of our original research.

It has been widely reported for years that criminal groups took advantage of Hungary’s citizenship application process, which was set up by Viktor Orbán’s government soon after he had come back to power in 2010. According to the reports, many Russians and Ukrainians obtained Hungarian passports through a fraudulent scheme.

The new development I heard about was that the United States became especially concerned about the situation because some people with fraudulently obtained documents entered the U.S.. They could do it easily as Hungary has been a member of the American visa waiver program, which allows the citizens of certain countries to visit the U.S. without a visa.

I spoke with a few sources in Washington, who confirmed to me what I had heard but they couldn’t provide me with details or documents. It was clear that I wouldn’t be able to complete the reporting from Budapest without the help of someone who has good sources in the U.S. capital.

Fortunately, I had a connection at the best possible place.

Five years ago, thanks to a fellowship, I spent months at the legendary newspaper The Washington Post. I was working with the investigative unit under the wings of David Fallis, who proved to be not only a fantastic mentor but also a great friend. We stayed in touch after my return to Hungary and I told him about how and why my colleagues and I decided to create Direkt36, an independent investigative journalism outlet (as you may know, we did it to fight censorship and political pressure). David was very supportive. He not only gave ideas and helped us with references (which we used for a grant application) but also mentioned that if we would ever work on a story that has relevance in the U.S., we should reach out to The Post.

I thought that with the passport story the time has come to do it. It concerned a topic, namely border and national security, which is arguably the most important priority of current president Donald Trump’s administration.

So, I reached out to David and explained him the story in a video chat. Then he shared the details with the paper’s national security editor and soon I received the good news that they are interested in the story and open to collaborate with us. I was extremely happy to hear the news and soon after I got an email from John Hudson, a reporter on the Post’s national security team. It turned out that he had already tried to check out one of the details but couldn’t confirm it yet. When I got that email, I was on a short trip in a mountainous area with sporadic phone signal, so I suggested that we should talk in a few days when I’d be back in Budapest.

As I was about to call John through a secure communications application early May, I was thinking what I would have to say to convince him that despite the initial dead-end, this is a genuine story. Then what followed was a really pleasant surprise. It turned out that, in the few days after our first email exchange, John confirmed basically every part of the story I had heard about and, what’s more, he even managed to get documents to prove it.

We knew that we were close to publishing, but we still had to work on some details. We discussed the context of the story and John conducted more interviews with sources while I was doing some additional research about the controversial passport scheme and reached out to the Hungarian government (as usual, they did not answer specific questions).

We also agreed that we would publish the story simultaneously in the U.S. and in Hungary. Small outlets from small countries rarely have the chance for such a collaboration, so the joint work and publication made us extremely happy. We hope this won’t be the last one either with The Washington Post or other big international news organizations.”