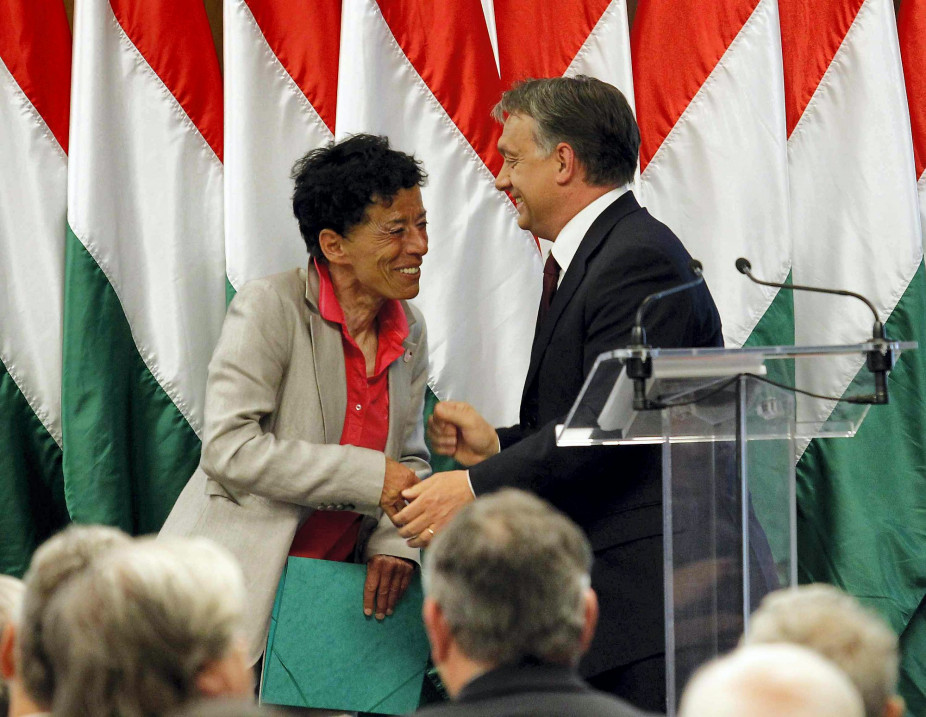 The work of Viktor Orbán is helped by 17 advisors, but there is one among them who stands out not only with her record high wage of 920.000 forints a month (3000 euros, more than four times the median income in Hungary), but also due to the fact that she is the one who spends by far the most on representation. She is called Zsuzsa Hegedűs, who gives advice to the PM on issues connected to social cohesion and resolution of social conflicts, while also leading a foundation that fights against childhood hunger.

Last year, Hegedűs spent 1.5 million forints (4900 euros) on restaurant bills and hosting guests in spite of the fact that we did not find any traces of events organised by her where she was responsible for paying the costs.

We asked the Cabinet Office of the PM and Zsuzsa Hegedűs about what she had spent all this money on. The ministry did not respond to our questions, while Hegedűs only said that in September she is launching a campaign, and until then she does not give interviews to any media organisations.

She got the maximum pay-raise

Hegedűs studied human sciences and sociology in Budapest, then left the country in 1976. She moved to France, where she received a PhD in sociology and carried out studies on reducing social segregation. She returned to Hungary in 2010 after Fidesz won the parliamentary elections, and she became a paid advisor of Hungarian Prime Minister Viktor Orbán.

Between 2010-14 Hegedűs was contracted by the Prime Minister’s office and was paid gross 1 million forints (3280 euros) per month. After the 2014 elections, Orbán nominated her as one of his official advisors, and Hegedűs became an employee of the state. Her new position entitled her to receive the monthly allowances of state ministers, which is 997.200 forints gross (3250 euros).

According to the data we received from the government about the allowances of the advisors of the PM, Hegedűs is the best paid among them. Last year, her net wage was 708.012 forints (2320 euros), but this year she got a massive raise and now her net salary is 920.373 forints (3000 euros). This amount is more than four times higher than the average income in Hungary. The Cabinet Office of the Prime Minister refused to give any information about the reasons of the outstanding salary of Hegedűs.

Since 2010, journalists asked Hegedűs several times about her. A few weeks ago she told Heti Válasz that there was nothing special about her wage. ”What is the story here? I earn way less than I used to as a researcher in France before I came back to Hungary for public service. I get what I deserve according to the official salary scheme for public officers”.

On top of their monthly salary, the advisors of the PM can get other benefits from the state: the state pays for their offices, colleagues, while their work-related travel expenses and representation costs are also covered.

Public spending on representation costs is regulated by several laws, and ministries are obliged to adapt detailed rules about the usage of such allowances. The Prime Minister’s Office complies with the law and prepared its directive. The document lists the allowed representation expenses, including work-related restaurant bills and representation costs on press conferences, and also specifies the goods that can be covered: water, soda, coffee, tea, wine, champagne, cookies and crackers, fruits, flowers and napkins.

The representation costs of Hegedűs are outstanding not only among the PM’s advisors, but also among other government officials. Hegedűs spent 8 times as much as the Minister for the National Economy is allowed to spend a month.

We wanted to know on what exactly Hegedűs spent all this money. The Cabinet Office didn’t even respond to our questions nor provided us with bills or other documents that would justify the outstanding expenses of Hegedűs.