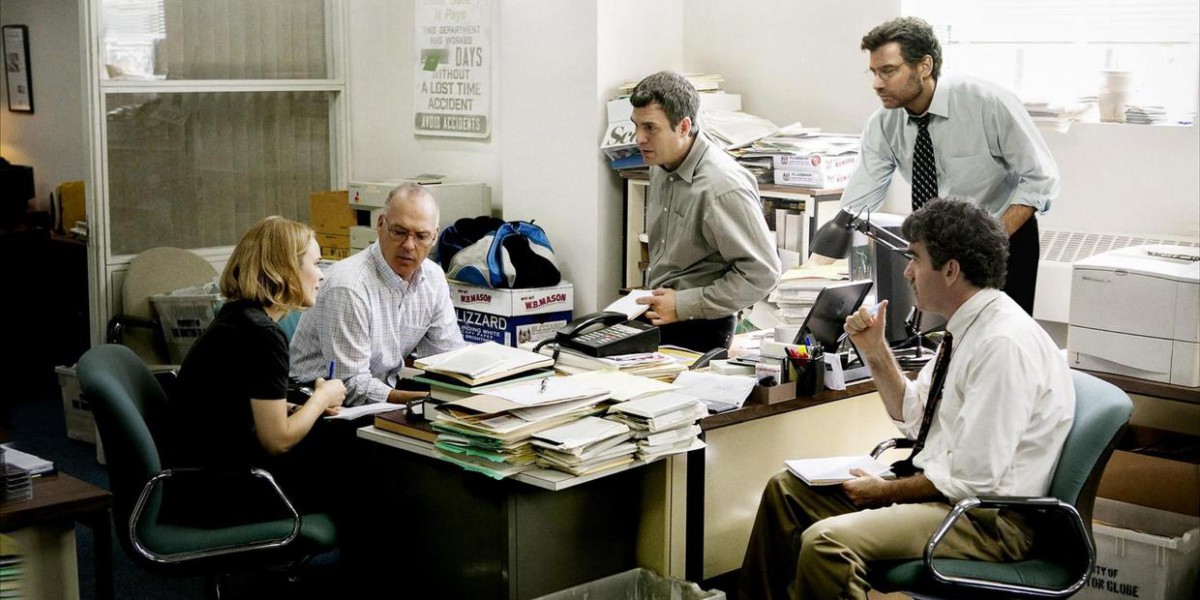 I’ve never watched an Oscar ceremony all along before but this year I had two very good reasons. Son of Saul and Spotlight, respectively. This pairing could be the starting point of a lot of philosophy on the similarities and differences of the roles arts and journalism can play in digging out the truth and describing our world. However, the success of Spotlight is at least as big a deal for journalists all over the world as is Son of Saul for Hungary.

Spotlight brought back the faith of many in the future and dignity of the decreasingly appreciated trade of journalism at an instant. As Marty Baron, one of the main characters of the movie (and of course the real story that it is based on) wrote it in his article about the film, he experienced publishers beefing up their investigative teams or at least saving them for a bit longer as a result of Spotlight’s sexiness effect. Baron, now leading the Washington Post, then editor-in-chief of the Boston Globe, also quotes a reporter, who, after having gone to see the film with his family, said that ‘Suddenly my kids think I’m cool.’

Spotlight portrays the habitat of journalists better than any other movie before. Not just the success or the excitement of the reporter on the scent and journalist-David defeating power-Goliath. But also the frustration and the painstaking nature of the work, the wavering faith in the sense of it all or the moments of enlightenment, the eventualities that can drive a story forward or get it stuck. And also the least poetic details – browsing spreadsheets endlessly and working under the cloud of financial hopelessness.

One of the potential narratives of the movie is Marty Baron being the key to this journalistic triumph. He instinctively hits upon the big story on the first day after taking up the job and then gently but forcefully drives the team to the end of it. A true leader, who trusts his colleagues and intervenes only and when it’s really needed and only as much as it’s needed – gets the buy-in of the publisher, clears obstacles, sets the focus and provides the resources, asks the right questions and deletes the unnecessary adjectives from the final draft. However, with all due respect, for it’s not him who is the real hero of the movie. Because it’s Walter ‘Robby’ Robinson (played by Michael Keaton in the movie).

Boston is a proverbially closed community, its Irish Catholic elite being even more so. Spotlight champions in creating this atmosphere of this closed circle where Marty Baron is a complete outsider. He is not Catholic and not Irish – he is a Jew from Florida (arrives form Miami Herald), he is a bachelor, doesn’t speak the instantly recognizable Boston accent and is not at all interested in baseball in a city where match days of the Red Sox are the center of social life. All these qualities of an outsider are needed of course to pinpoint the story that had been in front of the locals’ eyes of for long but had been unable to notice it due to their social engagements and limitations.

However, Baron’s own risk was not even close to Robinson’s. There is a recurring thought in the movie that there is no price being too high for success for Baron, Boston being only a temporary station for him, as he would surely move somewhere else in a while (and truly, he has been the chief editor of the Washington Post since 2013). Robinson, on the contrary, is a respected figure of the Boston elite. Being born in the city it’s the most important scene of his life. Through the investigation he had to confront several friends, former schoolmates, acquaintances, important figures of his life. Like for most his colleagues, religion and the church are very important for him. First, these reporters and editors needed to overcome themselves to be able to command the story. Additionally, Robinson needed to confront the fact that the story had been there for quite a while already and he just overlooked it. It needed an outsider to pick it up – partly because Robinson was too close to it to have the right perspective, and on the other hand because he had been unconsciously aware of all the potential suffering and also his personal demons he so triumphantly overcame through the investigation. He risked much more than just a potentially wrong professional choice – he risked his own social status, dignity, his faith and his friendships. His entire life.

Investigative journalism, like any other trade, certainly needs a set of skills, experience, patience, stamina, analytical competences. However, more than anything, it needs the readiness to take the risk, it needs commitment, engagement, integrity – if a story crosses your way you can’t just ignore it as if it never happened. A small country, Hungary being not much bigger than the Greater Boston is with its 8 million inhabitants, provides no role for the likes of Marty Baron, and much more of the likes or Walter Robinson, Mike Rezendes, Matt Carroll or Sascha Pfeiffer. There is no space for the luxury of being an outsider.

Many hope now that the success of Spotlight might fuel the renewed faith in investigative journalism. It surely strengthened our hopes here, at Direkt36. In this e-book you will find some of our main stories from the past year, our reporters providing some additional insight. There might be no Oscar potential inside it but there is some to be proud of still.

We are about the size of the team as seen in the movie. Our history does not go back for decades, only one year. We have no powerful journalistic institution behind us. However, we have you, our supporters, our community, and our readers. Thank you!