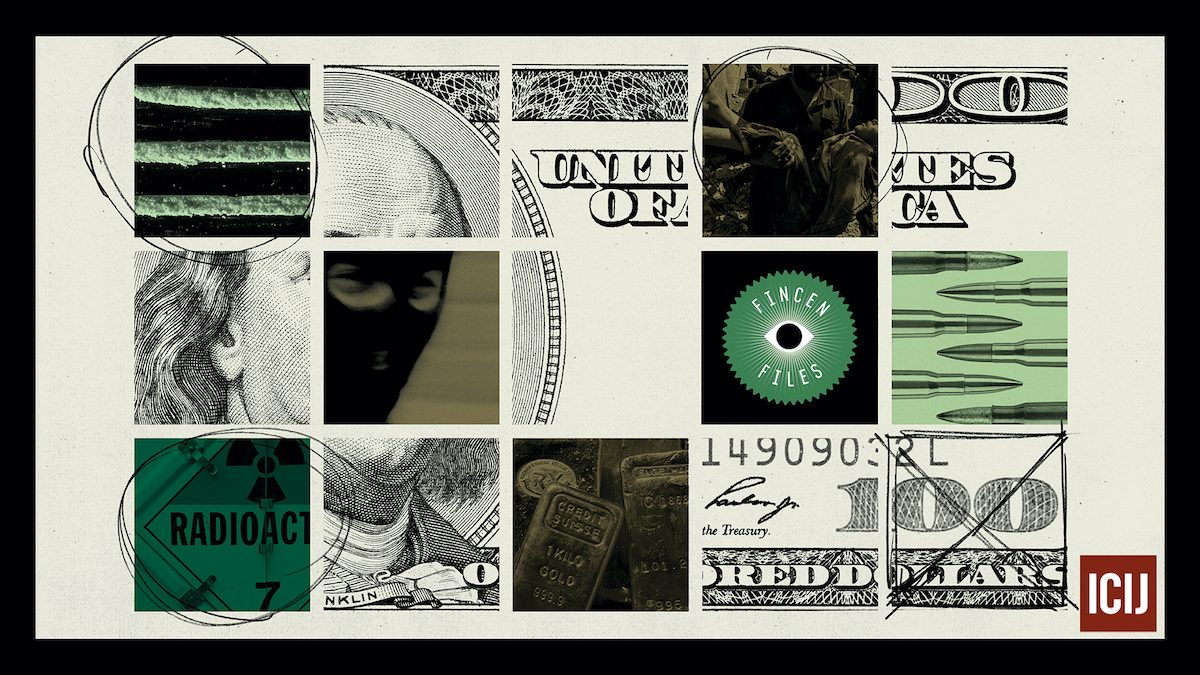 Pethő András, Zöldi Blanka 2020.09.21.
Have a good story? Contact us!
In collaboration with

Dozens of unusual transactions were flagged in 2011 at Deutsche Bank’s U.S. division. A Caribbean offshore company called the Guarantee Agency has transferred tens of millions of dollars through them to bank accounts around the world. The bank considered the transactions so suspicious that it filed several reports to the U.S. Treasury Department’s intelligence unit, which is investigating suspected money laundering cases.

Deutsche Bank, for example, found it unusual that the purposes of the transactions were not clear. The bank was also apparently disturbed by the fact that they did not know exactly who was behind the Caribbean company.

The way to find out was through Hungary, but Deutsche Bank encountered obstacles here.

Guarantee Agency maintained its account with one of the largest Hungarian financial institutions, MKB Bank, but the bank refused to disclose information about the customer. This was not the first time that Deutsche Bank had found the Caribbean company’s transactions suspicious, and when it had approached MKB on an earlier occasion to reveal who owned Guarantee Agency, it received a negative response.

“Please be informed more data of our client cannot be forwarded relating to your questions because of the local banking secret regulations,” MKB wrote.

This exchange of messages emerged from a package of leaked secret documents that were examined by an international team of journalists over the past one and a half year. The investigation was based on secret reports sent by U.S.-based banks to the U.S. Treasury Department about transactions they suspected. BuzzFeed News obtained more than 2,100 such classified reports and then shared them with the International Consortium of Investigative Journalists (ICIJ), which coordinated the reporting across nearly 90 countries. From Hungary, only Direkt36 participated in the project.

The case of Guarantee Agency is remarkable because it was not just Deutsche Bank that found the company’s transactions suspicious. Direkt36 has found that the company had also been implicated in the investigation of a multi-million-pound fraud case in the United Kingdom years before. According to British court records, a member of a group convicted of credit card fraud moved hundreds of thousands of pounds through Guarantee Agency. It is not clear whether the company was already a customer of MKB at that time, but the court documents note that the company already had an account with a Hungarian bank at that time.

While MKB protected the identity of Guarantee Agency’s owner against the inquiries of Deutsche Bank, the Hungarian bank acted differently in a similar situation. When Deutsche Bank inquired about another of MKB’s offshore corporate customer, which had unusual transactions in 2012, the Hungarian bank provided the requested information without hesitation.

In response to Direkt36’s questions, MKB Bank said that bank secrecy regulations don’t allow them to give information about their clients. Nor did the bank help us reach the Guarantee Agency. The company does not have a website and the only known address is a mailbox in the Caribbean country called Saint Vincent and the Grenadines.

The leaked documents are reports submitted by U.S. banks and other financial firms to the Financial Crimes Enforcement Network within the U.S. Treasury Department. This organization, known as FinCEN, plays a central role in the global fight against money laundering. The money laundering is the process to take dirty money from illegal activities, such as drug trafficking, through the banking system to make it seem as if it had been obtained from legitimate sources.

An ICIJ analysis has found that the leaked documents identify “at least $2 trillion in transactions between 1999 and 2017 that were flagged by financial institutions’ internal compliance officers as possible money laundering or other criminal activity — including $514 billion at JPMorgan and $1.3 trillion at Deutsche Bank.”

ICIJ notes that even though this is a vast amount, the $2 trillion in suspicious transactions identified within this set of documents is “just a drop in a far larger flood of dirty money gushing through” banks around the world. “The FinCEN Files represent less than 0.02 percent of the more than 12 million suspicious activity reports that financial institutions filed between 2011 and 2017,” ICIJ reported.

In Hungary, the National Tax and Custom Office’s Hungarian Financial Intelligence Unit collects the suspicious activity reports. Last year the agency examined 14 thousand such cases, of which 8 thousand were based on reports filed by the banks, the tax office said.

The FinCEN Files offer unprecedented insight into the secret world of international banking, anonymous clients and, in many cases, financial crime. “They show banks blindly moving cash through their accounts for people they can’t identify, failing to report transactions with all the hallmarks of money laundering until years after the fact, even doing business with clients enmeshed in financial frauds and public corruption scandals,” ICIJ reported.

Several Hungarian banks appear in the reports, but in most cases the documents do not detail the role they played in the suspicious transactions. However, reports concerning Guarantee Agency do offer some insights into this matter.

There are three reports about the company among the leaked documents. The reports were filed by the U.S. subsidiary of Germany’s Deutsche Bank to the U.S. Treasury Department, indicating that in the first half of 2011, the bank identified over 51,3 million dollars of suspicious transactions connected to Guarantee Agency. The company appeared either as the sender or the beneficiary of these transactions.

Deutsche Bank considered it suspicious that a significant proportion of the transfers were “conducted in large, round-dollar amounts.” In addition, the transaction details only indicated that the payments were for “loan” or for “contract,” but Deutsche Bank “was unable to confirm the commercial purpose of any of these transactions through independent research.”

The reports list other companies, individuals and banks involved in the transactions, but do not detail how much money they sent or received in total. Companies and individuals are usually mentioned only by their names, without any additional information (such as address or, in the case of individuals, date of birth), so it is difficult to identify them.

The documents show that the identification was also a problem for Deutsche Bank. The bank could not even identify the beneficial owner of Guarantee Agency, which played a key role in the transactions. According to the leaked documents, all the bank knew for sure was that the company was registered in Saint Vincent and the Grenadines in the Caribbean and thus it is considered a so-called offshore company.

Offshore companies are often incorporated in the Caribbean or other exotic countries and are commonly used for two purposes. On the one hand, these companies can help their owners pay less tax on their business activities carried out elsewhere. On the other hand, it is usually extremely difficult to access the ownership information of these companies, making them suitable for secret business deals, money laundering or hiding assets and ill-gotten gains.

Deutsche Bank tried to find out who was behind Guarantee Agency by contacting MKB Bank – then owned by a German bank – where the company held its account. This happened in response to a previous investigation that also found suspicious transaction linked to Guarantee Agency. When Deutsche Bank then contacted MKB Bank, the Hungarian firm responded that no information about the owners of the company could be disclosed because of the local banking secret regulations. MKB added that they have “set enhanced monitoring active status on our beneficiary client and in case of necessity we would do the specified measures towards the authority depending on the result of the examination.”

As MKB Bank did not answer Direkt36’s questions, it is not clear what the “enhanced monitoring active status” meant and why the bank rejected Deutsche Bank’s request to identify the beneficial owners of Guarantee Agency. The leaked documents also reveal that MKB Bank had not always been so secretive about its customers. In 2012, for example, it was not a problem for MKB to share information with Deutsche Bank about an Israeli-Russian affiliated offshore company, which also held its account at MKB.

The secrecy surrounding Guarantee Agency is remarkable also due to the fact that the company had already been implicated a cross-border criminal investigation, years before the suspicious transactions identified by Deutsche Bank.

On September 29, 2005, at London’s Victoria Underground Station a Polish national was stopped by the police and searched as part of a routine. He was found to have in his possession over forty mobile phone top-up cards and over one thousand pounds in cash.

Later that day, his home was also searched, and additional cards were found. Further investigations revealed that the man was a member of an international credit card fraud network.

The cross-border investigation conducted by the British authorities found that the criminal network stole data from about 32,000 credit cards. Members of the criminal organization led a lavish lifestyle, going on luxury trips and buying a number of high-value properties in London and in Spain.

A document about the investigation, obtained by Direkt36 with the help of OCCRP’s Investigative Dashboard, shows that the authorities came across the name of the Guarantee Agency while following the path of the stolen money. A member of the credit card fraud network transferred nearly half a million dollars to the company, in several transactions. The money was supposed to be a loan for Guarantee Agency, but the documents reveal that the company repaid the loan on the same day. The purpose of these transactions is not clear.

The UK authorities noted that Guarantee Agency “banks in Hungary,” but did not specify the name of the bank where it held its account. MKB Bank did not answer our question whether Guarantee Agency already held its account at MKB at time of the British investigation, and whether the bank was aware of the criminal proceedings. The British authorities did not respond to our questions either.

Offshore secrets
More in this project 
Direkt36.hu uses cookies, by clicking ‘Got it’ you accept this procedure.
If you need more information on cookies we use, how you can delete or block them, please, see our Privacy Policy.
Got it