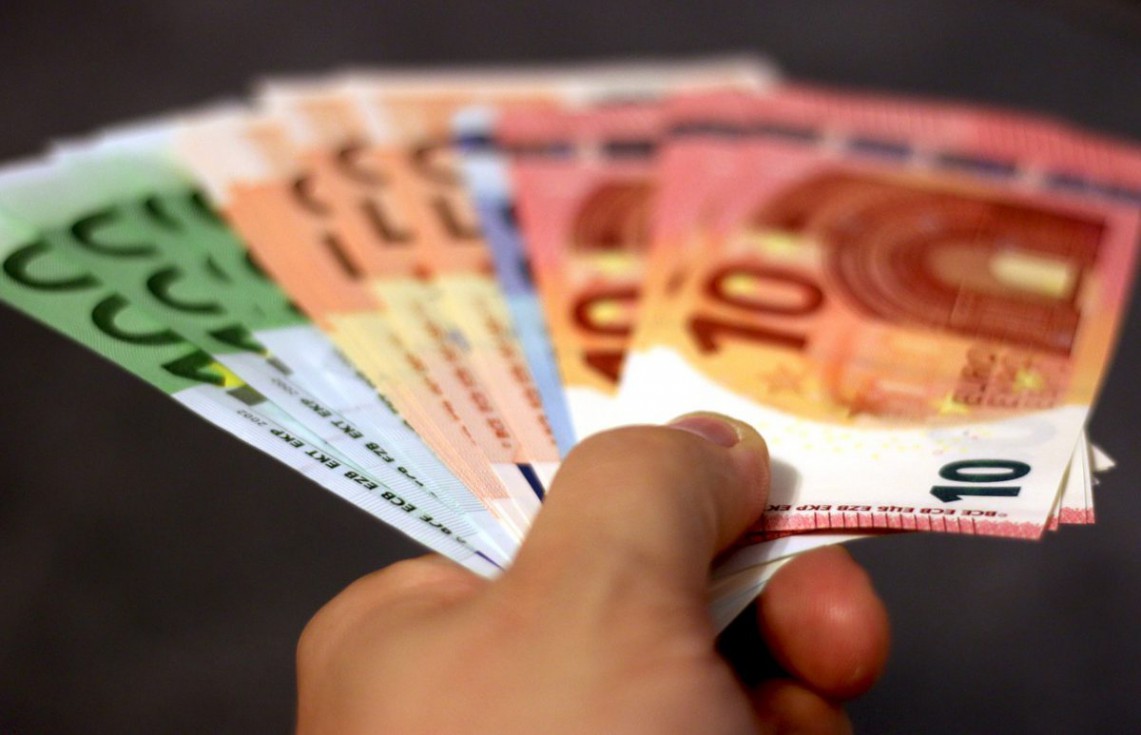 After Forbes Hungary published an article about the irregularities of an EU financing programme last autumn, State Secretary at the Prime Minister’s Office in charge of EU funds Nándor Csepreghy denied any wrongdoings in a TV interview. “What was reported by the press so far is theoretically impossible”, he stated and defended Jeremie, the EU programme with the aim to support start-up companies.

One year before, however, EU authorities had already informed the Hungarian government about having found serious irregularities concerning the Jeremie programme. Due to these problems, the European Commission imposed a fine in the amount of several billions of forints, as we already reported in March. Now, we are going to publish new details of the investigation report.

The EU auditors objected, for example, that the fund of Zsolt Hernádi, head of the Hungarian oil company MOL, provided EU money for a company managing websites used for finding sex partners. Several problems were also identified at an other fund, which was then co-owned by András Tombor, former advisor of Prime Minister Viktor Orbán. A criminal proceeding is currently ongoing regarding the operation of this fund, Hungarian authorities said.

The documents also reveal that the EU authorities criticized the selection process of the Hungarian authorities, for choosing companies to distribute the funds which were “linked to special investor groups”. Although they did not name any of them, the owners of several winning companies have close ties with the government – besides Zsolt Hernádi and András Tombor, István Garancsi – a friend of the PM – was also among the winners.

The European Commission also criticized Hungary for not having properly verified the use of the funds, and for having provided support for companies operating in the Central Hungary region, which was against the rules.

The Ministry of National Economy supervising the programme did not agree with some of the criticism, but accepted the majority of objections. Based on these, it improved the monitoring system. The European Commission did not want to comment on the matter arguing that the investigation is still ongoing.

The EU launched the Jeremie venture capital programme in Hungary in 2009. A subsidy totalling 130 billion forints (422 million euros) is distributed through 28 funds to various companies. The funds are managed by private investors selected in a public tender. While 70% of the investment given to start-ups comes from the EU, the remaining 30% has to be provided by the private investor. If the fund exits the start-up with a profit, most of the gain goes to the private investor. A smaller loss is covered by the EU.

Several articles have already dealt with the anomalies of the programme, including Direkt36’s stories about the operation of Hernádi’s and Garancsi’s funds. During an investigation in 2014, the auditors of the European Commission identified several problems, which were summarized in a 20-page-long draft audit report in 2015. The document pointed out that its name was a draft report because it contained only the conclusions of the EU auditors, which could still have been “modified in the light of the observations and further information received from the national authorities”.

Excerpts from the audit report

The auditors criticized the selection process of the funds. They stated that deadlines used in the tenders were too short on several occasions, with only 10 or 15 days left for the submission of applications. The short deadlines caused that “the system applied in Hungary discriminates against fund management companies, which are not owned / or closely linked to specific investor groups”, the auditors wrote.

The document did not name these investor groups. The majority of the tenders were run by the Orbán-government in 2012-2013, and many of the winners had close ties to the government. Besides Hernádi and Garancsi, other winners included the Quaestor group, which nurtured good governmental links until its bankruptcy, colleagues of István Töröcskei, a bank owner close to the governing Fidesz party, Péter Heim, former head of the government-friendly Századvég political institute, or Sándor Csányi, head of the Hungarian OTP bank.

The selection procedure was criticized by one of the unsuccessful applicants. The businessman told Direkt36 that his colleagues found in the official documentation of the tenders that despite having received maximum scores in the written part, their company was given a very low score in the oral part. No justification was provided by the state authority.

The source – who spoke on condition of anonymity – also told Direkt36 that his colleagues had the chance to look into the documentations of other applicants and observed that final winners received high scores in the oral part, while those companies that lost received low scores in the oral part. “There were only two types of scores, high and low”, he said. The company filed a complaint over the decision, but did not turn to court as they expected that the case would last for years.

Having observed the selection process, the European Commission called the national authorities to ensure a competitive and transparent selection and to provide adequate time for the submission of bids in the future. Partly due to these problems, the Commission imposed a 10% financial correction – a fine in the amount of 4,3 billion forints -, which was accepted by the Hungarian authorities. The money did not have to be repaid to Brussels, it could have been re-used for another part of the Jeremie programme.

The Ministry of National Economy told Direkt36 that it was not familiar with the criticism of the European Commission concerning the prioritisation of “special investor groups”. The funds had been selected via “open and transparent tenders, without discrimination,” the ministry told Direkt36. It added that the short deadlines were due to the fact that the conditions for applying for the tenders were similar, thus “applicants could prepare their applications based on the guidelines of the previous tenders” and this “did not mean a competitive disadvantage”. However, businessmen dealing with venture capital for a long time told Direkt36 that similar application conditions do not make the preparations for the tender easier. “We cannot go to the market to receive funding saying that there might be a similar tender, but it is also possible that the conditions will be changed,” one of them told Direkt36.

The EU auditors investigated in details the operations of three funds for the report published in 2015. Hernádi’s fund, Gran was investigated because it was one of the funds that received EU-funding in the last, fourth round of the programme, the Commission argued. Morando, the fund linked to Tombor and Primus Capital, operated by professional investors was investigated because these were the funds that provided the most individual support for a certain start-up, according to the Commission.

In four out of ten investments made by these three funds, the auditors concluded that they were located in regions contrary to the aims of the Jeremie programme. Despite having their headquarters registered in the countryside, in reality, the four companies operated in the Central Hungary region (consisting of the capital and Pest county), and therefore they were not entitled for financial support according to the rules. The EU stuck to these conditions in order to create new jobs in less developed regions.

The companies criticised by the EU included Dating Central Europe (a company operating websites made for finding dates and sex partners and supported by Hernádi’s fund ), Netfone, a communication company supported by the fund linked to Tombor, and iCatapult, a software developing company supported by Primus. The fine in the amount of 4.3 billion forints imposed by the European Commission were partly due to the problems concerning the support of these companies. The Hungarian government accepted the fine and sent a letter to the funds, requesting them to comply with the rules.

The European Commission found the support given to Dating Central Europe problematic due to – among others – ethical reasons, raising concerns over the fact that EU money was provided for the purchase of sex partner websites. Dating Central Europe bought websites such as Randivonal (“Dating line”), Melegrandi (“Gay date”) and Sexrandi (“Sex date”) with the aim to become the leading provider of online dating services in Central Europe.

The European Commission called the Hungarian Development Bank, which channels EU funds into the Hungarian economy, to ask Hernádi’s fund to remove the sex partner websites from its portfolio. As discussions with the Commission are currently ongoing, these webpages continue to be operated by Dating Central Europe, according to the Ministry of National Economy. Hernádi’s fund did not respond to questions.

Criminal proceeding due to the businesses of one of the funds

Financial problems were revealed in the case of Netfone, the company providing internet and telephone services. According to the Commission, Morando fund distributed more money than allowed to the members of the Netfone group. The auditors of the Commission also raised concerns over the fact that Netfone paid two companies for providing services that seemed to be identical based on the description on the invoices. In addition, these two companies were linked to each other in several ways. Furthermore, Netfone purchased a software for 578 million euros from a company in Hongkong with unknown owners. The auditors of the Commission could not tell whether “this company is involved in the development, or even the retail of such high-value softwares”.

The Netfone deal is being investigated by the National Tax and Customs Authority, said the Ministry of National Economy. The ministry declined to provide details about the criminal proceeding and the tax authority did not answer Direkt36’s questions either. Morando said that they are aware of the proceeding, but it does not have any information about the state of the case. Morando added that it did not want to answer more questions referring to business confidentiality. Morando stated that their operations are in line with the rules and Netfone is one of the mobile and landline communication services provider in the country that are able to provide services of full value.

Responding to the questions of Direkt36, Primus Capital stated that it fulfils the rules of the Jeremie programme, and it had not been informed of any wrongdoings found by the auditors that concerns that company.

There is still room for improvement

The report of the European Commission also details the flaws of the Hungarian authorities, including the lack of on-the-spot visits at the start-up companies. The results of the monitoring were not registered in a way that would enable the easy access of information. Moreover, the Hungarian Development Bank does not verify whether the start-ups are repaying their loans adequately. “The Commission considers that there is still room for improvement concerning the monitoring of the implementation of venture capital fund investments”, the EU report concluded.

The Ministry of National Economy stated that Hungarian authorities have improved their monitoring processes and have also developed the necessary IT systems. In its reply, it also partially pushed the responsibility on the funds, arguing that – already before the improvement of the state’s monitoring system – the funds had been aware of what was happening at the start-ups supported by them.

(Update: 12 April 2017, 10:00 The previous version of this article stated that István Töröcskei also won in the tender. However, the truth is that people linked to Töröcskei won, Töröcskei appeared in the winning company only afterwards. We apologize for the mistake.)

Blackholes of EU funds
More in this project 
Direkt36.hu uses cookies, by clicking ‘Got it’ you accept this procedure.
If you need more information on cookies we use, how you can delete or block them, please, see our Privacy Policy.
Got it