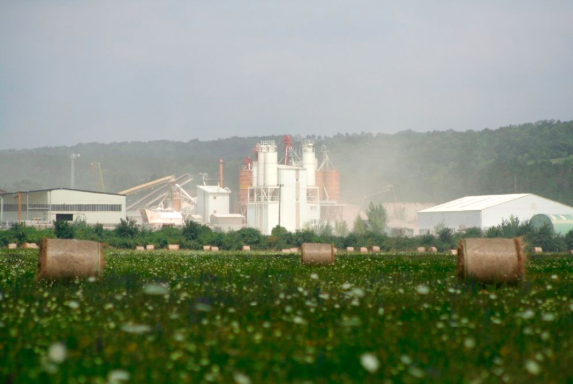 Zöldi Blanka, Pethő András 2019.07.18. 3 Comments
Have a good story? Contact us!
In collaboration with

Dolomit Ltd. has been one of the most successful companies in the market for many years, but in 2018 it outperformed all of its major competitors in one important aspect: Győző Orbán’s company achieved the highest profit margin.

The profit margin shows how much profit the company made in relation to sales.

Dolomit Ltd., which has been involved in several major public construction projects in recent years, generated a profit of HUF 1.9 billion (EUR 5.84 million) in 2018 with a turnover of HUF 4.6 billion (EUR 14.7 million). This represents a 41,3 percent profit margin, which is outstanding not only in the company’s history but in the entire market – more than the double of the market average of 18.8 percent last year.

In our analysis, we compared the performance of Dolomit Ltd. with those companies that carry out the same activities (quarrying, plaster and chalk mining). There are currently 65 such companies in the market.

Out of these, Dolomit Ltd. was the most successful Hungarian company in terms of sales and after-tax profits last year, with only a few foreign-owned companies having been able to outperform it. In terms of sales, two French and one Austrian performed better, and when it comes to profits, only the French-owned Colas Északkő Ltd. could generate more than Győző Orbán’s mining company.

In terms of profit margin, not even these foreign companies could beat Dolomit Ltd.

French-owned Saint-Gobain Construction Products Hungary Ltd., which has had the largest revenue in the industry for years, could achieve only a 4,2-percent profit margin in 2018, compared to 41 percent at Dolomit. Out of a total of 29 companies with a significant turnover (at least HUF 5 million or EUR 15 300), only three other companies were able to achieve a profit margin of over 30 percent.

Direkt36’s analysis shows that the profit margin of Dolomit Ltd. has always been above the market average over the last ten years. 2018 was the first year, however, when the company achieved a better ratio than its larger competitors.

We asked Dolomit Ltd. to explain this outstanding performance, but the company did not respond to our request. Viktor Orban’s press officer, Bertalan Havasi, responded to our questions with a familiar comment: “The prime minister does not deal with business questions.”

Many of the major companies in the industry did not want to comment on Dolomit’s results because of the “political nature” of the topic. Two CEOs agreed to talk but only on condition of anonymity.

„This can only be achieved in a controlled manner [of tendering procedures]. If Ferenc Gyurcsány [former socialist PM of Hungary] led this company, its results would be a lot more modest,” one of them commented on the profit margin of Dolomit Ltd. Another CEO of a company with turnover above HUF 100 million (EUR 307 thousand) said that the market has a big influence of the potential profit margin of companies. „Currently there are big road constructions, the demand is a lot higher. It doubled compared to 2016-2017, and its effects can still be felt this year,” he said. When we asked about the profit margin of Dolomit Ltd., the CEO first reacted with a laughter: „Is this the company of the Orbáns? Then there’s no need to explain, it’s another type of system.”

Then the CEO added that Dolomit Ltd. “still works on a market basis”, their products’ quality and the company’s productivity can contribute to its good performance. “They have good stones, they are capable of meeting huge demands, there is never a shortage at their company.” The CEO also highlighted that Dolomit Ltd.’s production has been mechanized to a great extent. At the company, for example, stones are screened with an electric screening system. This equipment is a huge investment, but, on the long run, it is more profitable than diesel machines, thus contributing to higher profit margins.

Besides Dolomit Ltd., other companies owned by the Orbán family also started to show spectacular growth as of 2014. Earlier, Direkt36 published a series of articles about how EU-funded public projects secretly contribute to the spectacular performance of the Orbán-companies. Many of these projects were won by companies and business partners of Lorinc Meszaros, a friend of the PM and a former gas fitter, who has become one of the country’s richest people, while the companies of the Orbán family supplied building materials for these projects.

An employee of one of Dolomit Ltd.’s competitors also confirmed that Győző Orbán’s products are of good quality. At the same time, several sources noted that contractors are very sensitive to prices and therefore prefer to choose the cheapest supplier. “I was surprised [that] they bought the more expensive [products],” said a source involved in one